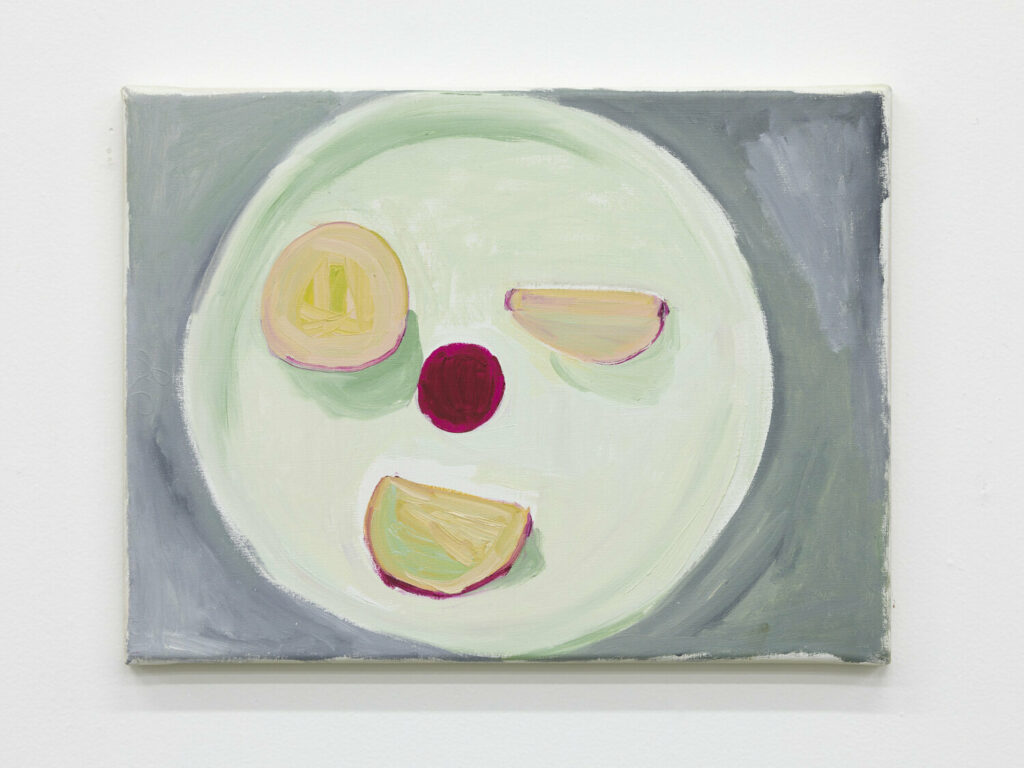 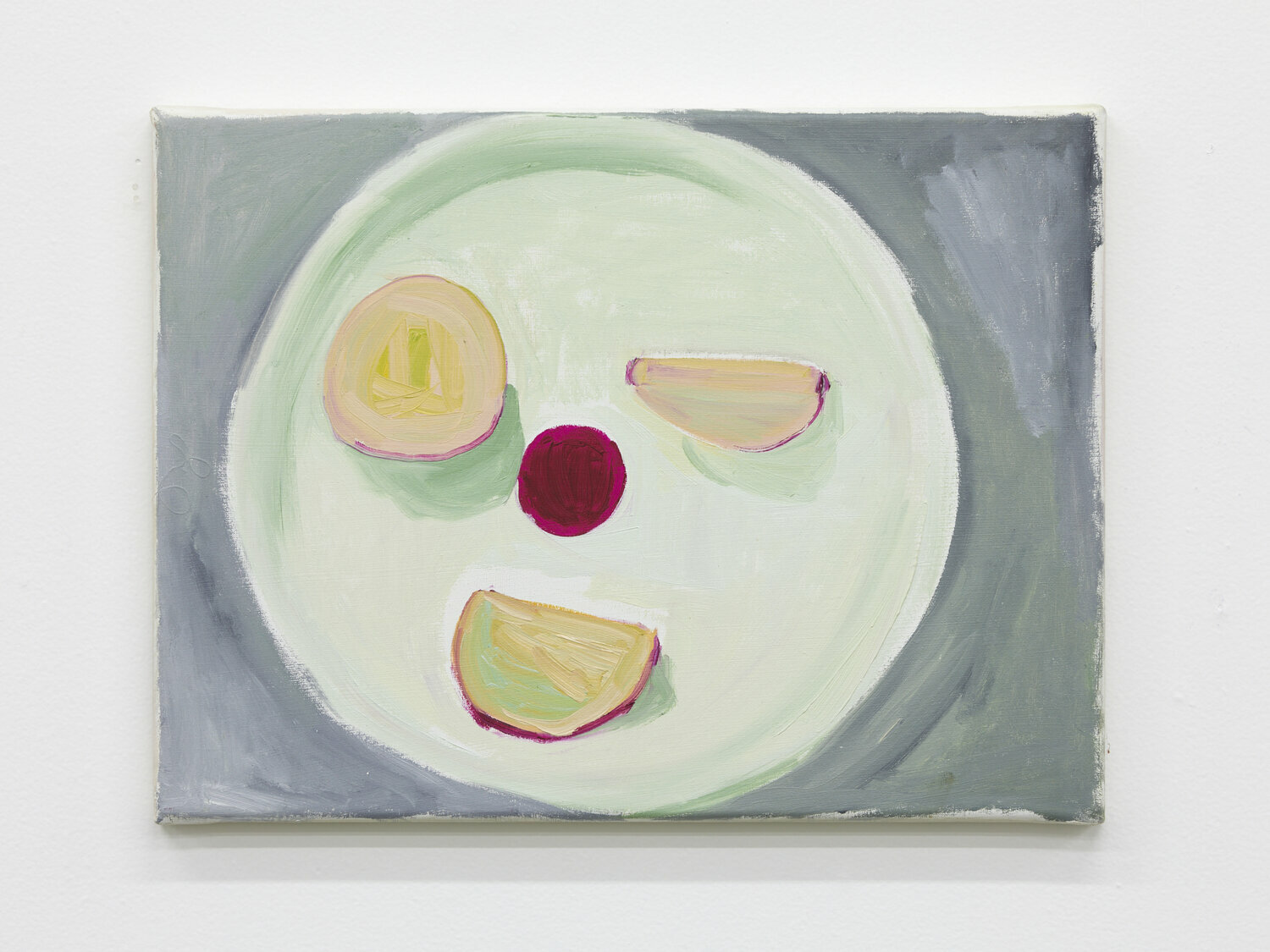 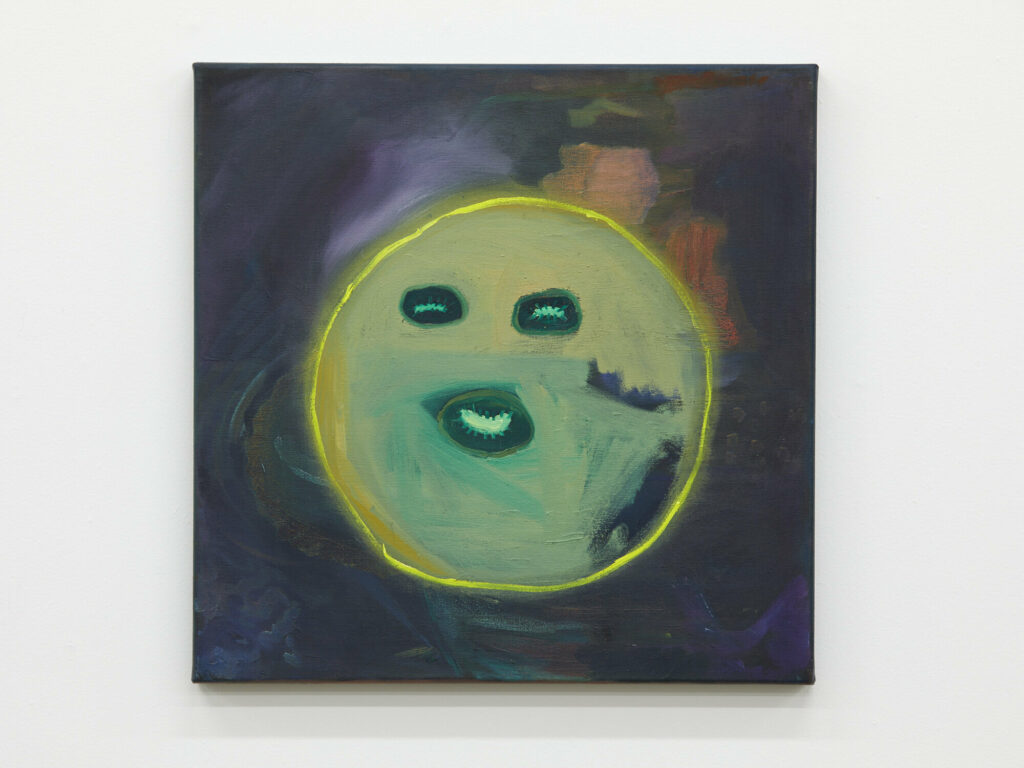 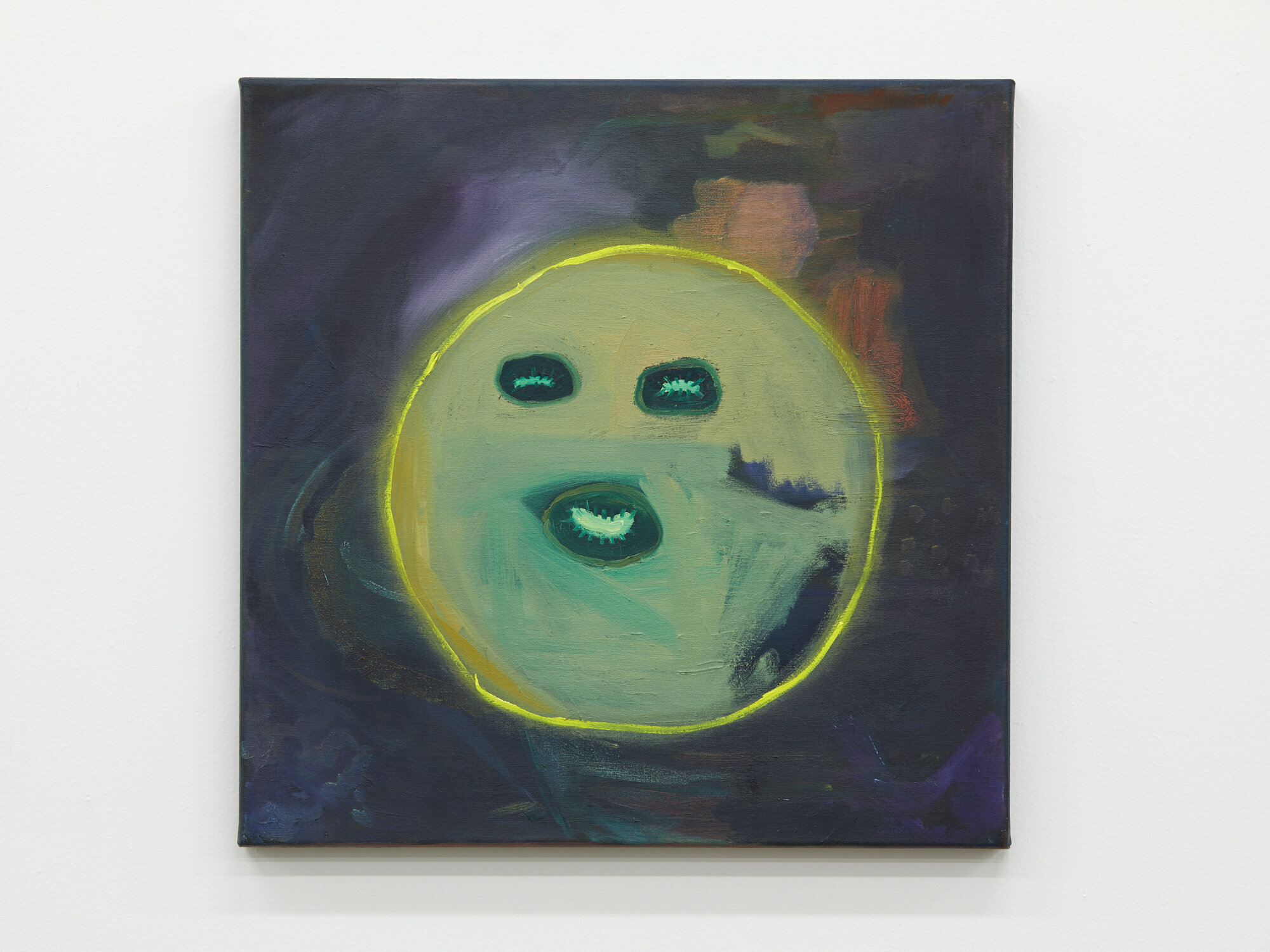 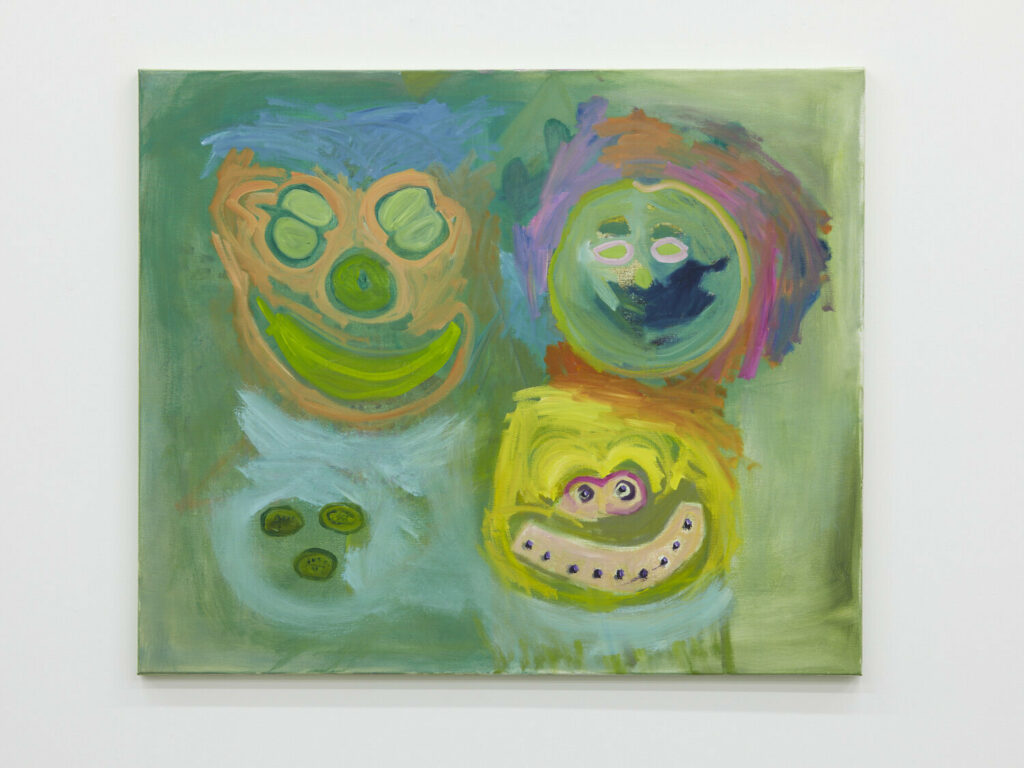 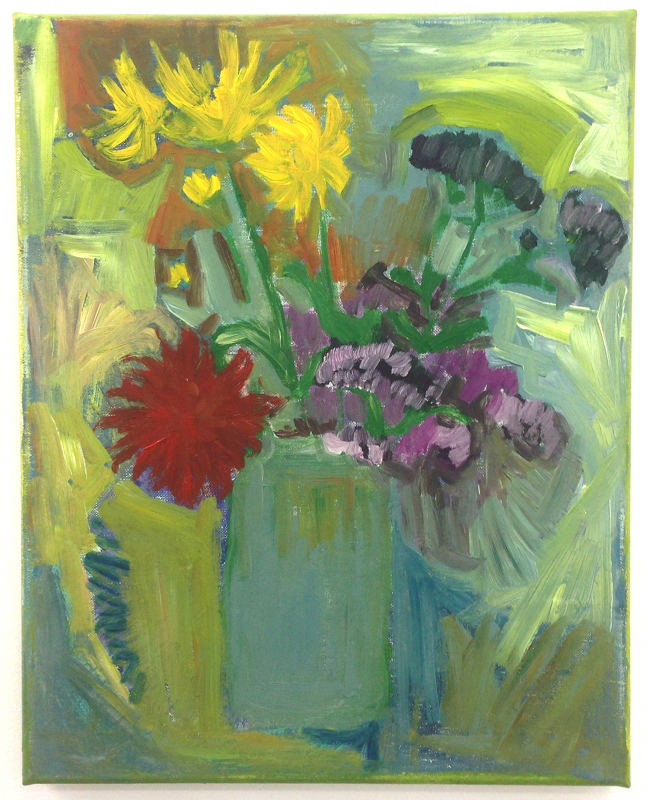 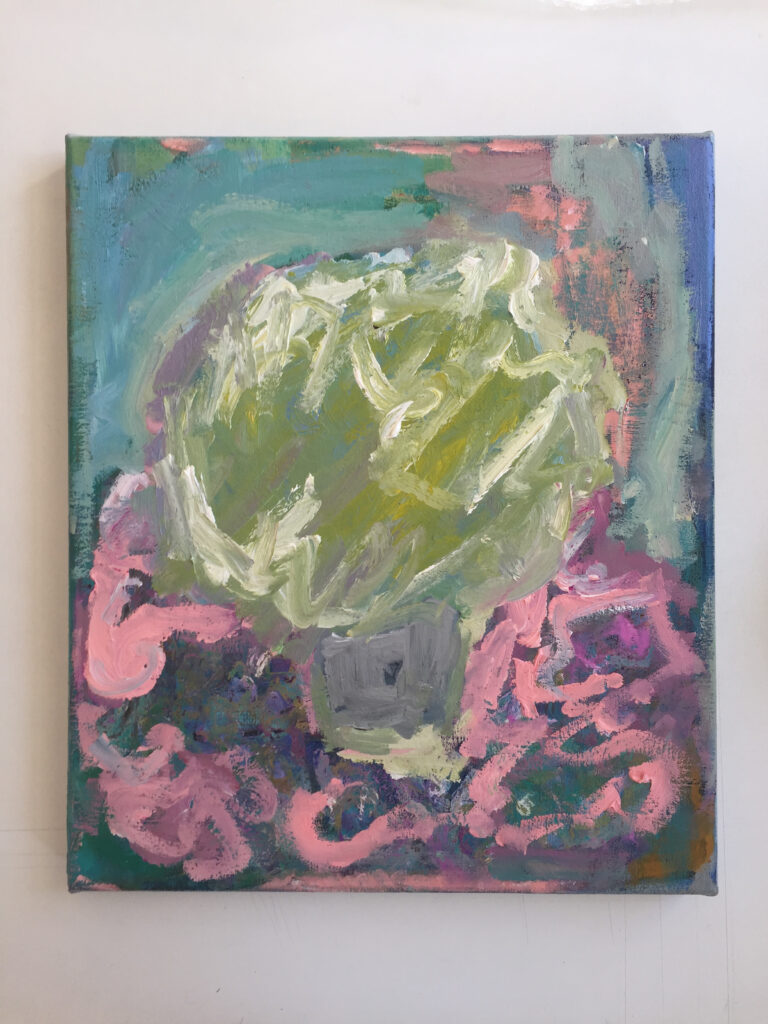 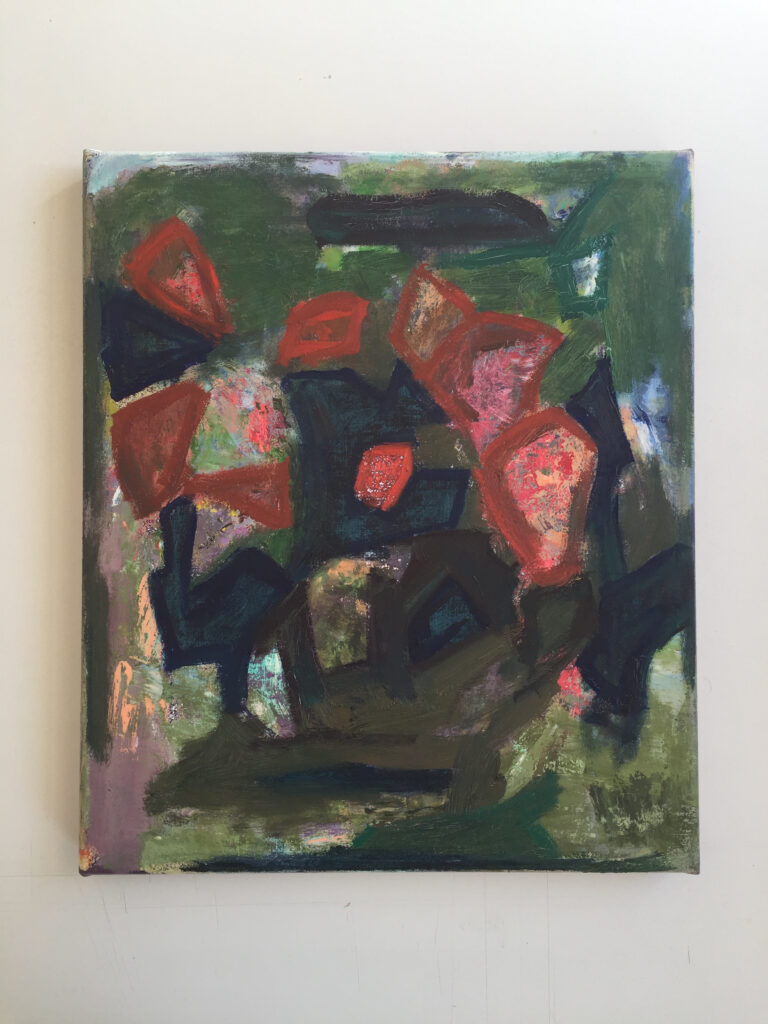 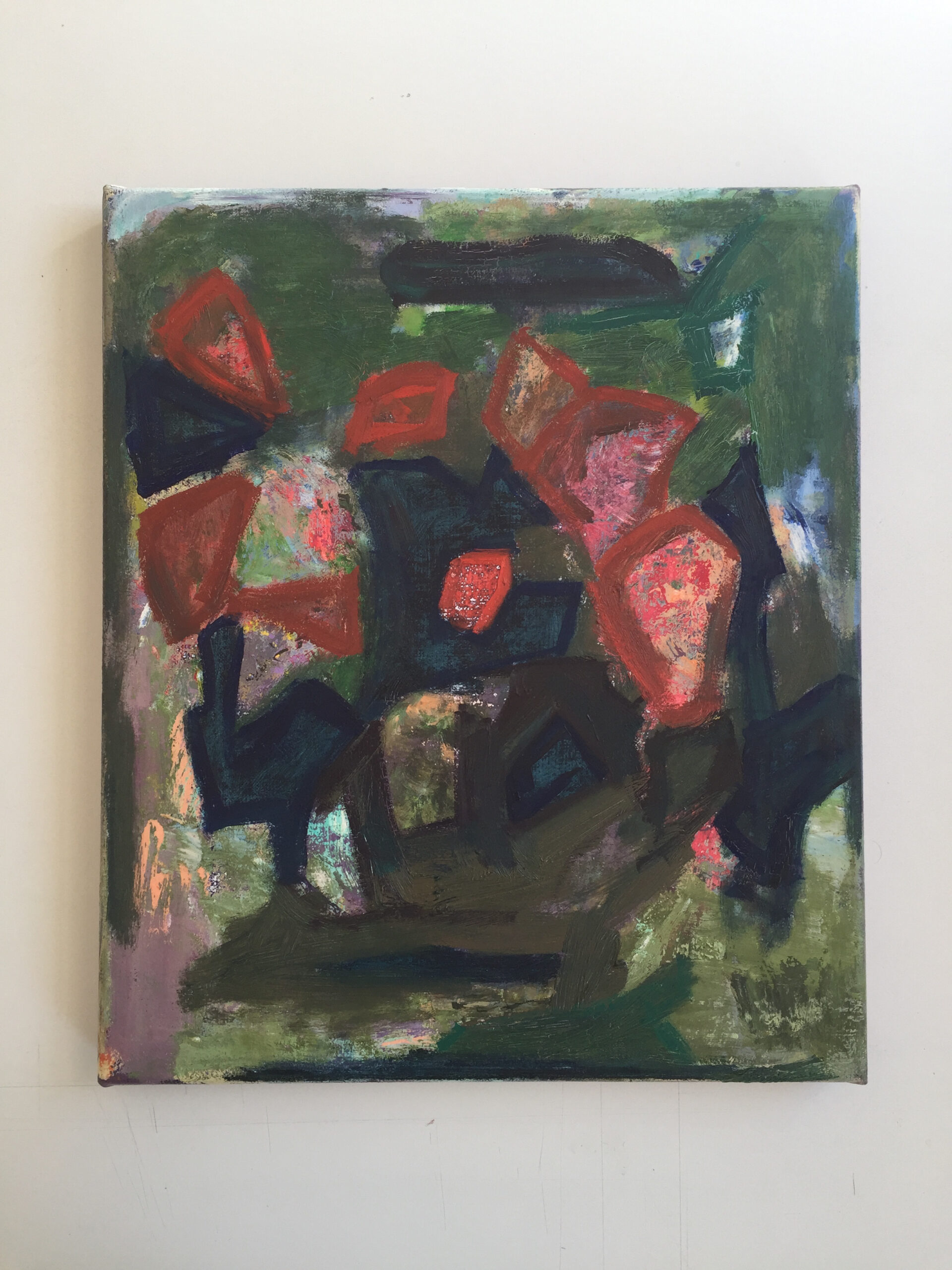 Layla Rudneva-Mackay makes visually and sensually seductive paintings. Her practice has progressed through sculpture, elaborately staged outdoor photography, painting her subjects and photographing them, to creating small paintings on canvas. What unites Rudneva-Mackay’s multi-dimensional practice is an exploration of colour, tone, and shape through carefully considered compositions. An early body of C-print photographs presented captivating but obscure tableau, abstract scenarios that offered a hint of plot but just as much mystery. Presented as ambiguous moments or poetic fragments these works concealed their protagonists under drapes of coloured cloth – luxurious blue velvet, shimmering gold curtains, or everyday cotton sheets – set against indefinite landscapes. These compositions of figures, their concealment, and cryptic backgrounds offered an abundance of non-verbal clues that was to become characteristic of Rudneva-Mackay’s practice.

Rudneva-Mackay’s practice digs deep into the traditions of tableau and still-life painting, allowing the visual and tangible assume a primary role for communication. While still-life has never achieved the glamour of other art historical genres, its focus on everyday objects has allowed it to be the site of intense artistic experimentation and evolution. Rudneva-Mackay’s excavation of the still-life genre offers a twist on the timeless tradition. Her recent work has focused on painting flowers, but these works do more than just capture a bouquet, they mediate the artist’s impression of it. Reliant on close observation, tone, and light, the lush surfaces of her still-lifes play with the essentials of representation, presenting bold form against shallow ground in free, dynamic brushstrokes. In her hands, the still-life offers a site for the formal exploration of form, colour, and composition.

Botanical still-lifes are a recurring theme in Rudneva-Mackay’s practice, their subject matter and richly detailed blooms maintaining enough of the genre’s formality but offered something more personal through their simple forms and disregard for scale and perspective. Often present at the most significant events of our lives, flowers play a key role as vehicles of non-verbal expression. Whether in celebration or commiseration, flowers can articulate feelings, becoming an alternative language with which to communicate emotions too profound or difficult to express. Rudneva-Mackay’s ability to create sentient art works continues in her new body of work and upcoming exhibition at Starkwhite that focuses on physical pain.

Layla Rudneva-Mackay graduated with an MFA from the Elam School of Fine Arts, University of Auckland, in 2006. She has been described as an artist with a practice that makes a space for being lost for words.