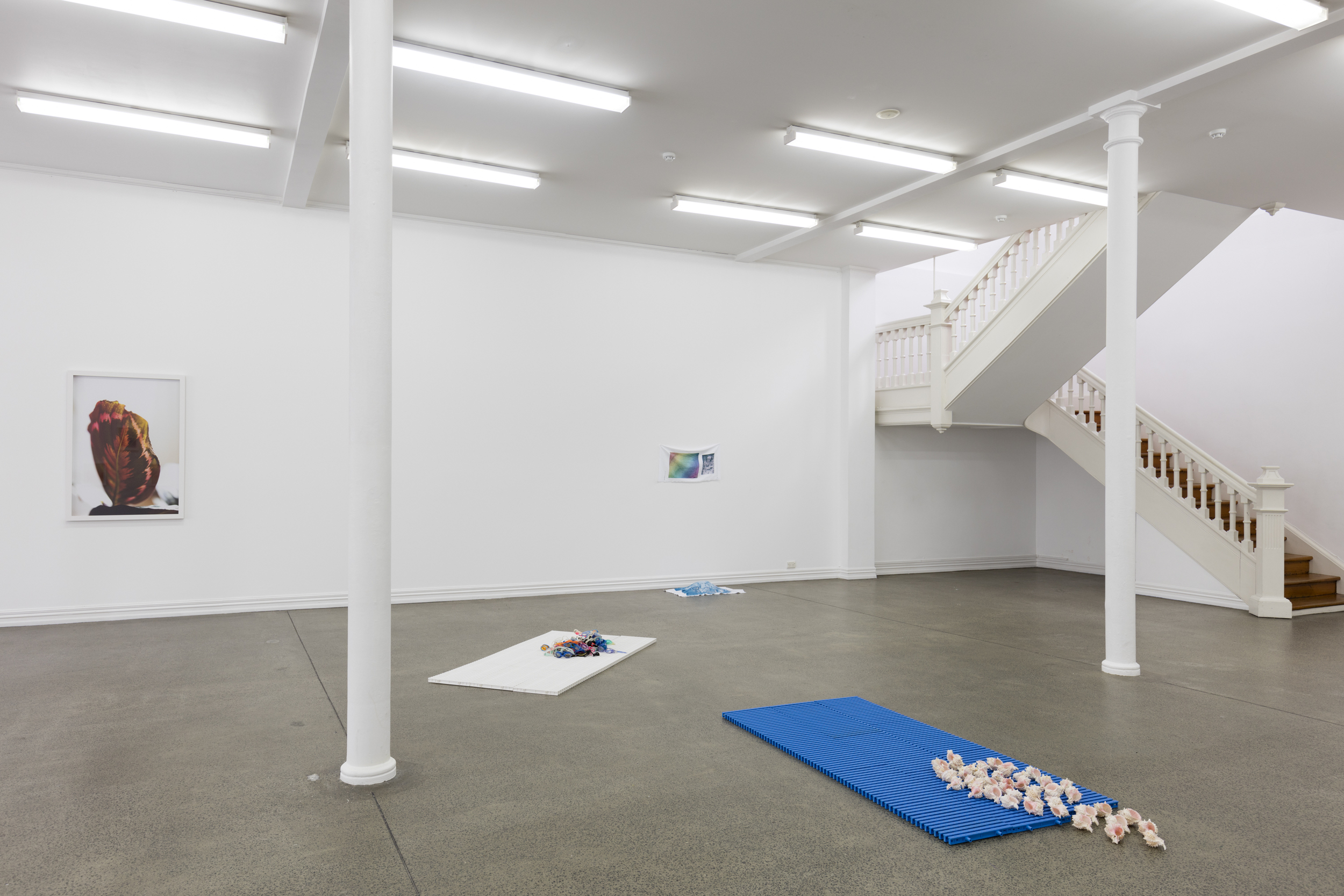 Starkwhite is delighted to present The Female has Undergone Several Manifestations by Berlin-based artist Alicia Frankovich, from 6 February to 5 March 2016. This is the artist’s third solo exhibition with the gallery. She will be present at the opening preview on Friday 5 February from 5.30 – 8pm.

Alicia Frankovich has exhibited widely in New Zealand and Internationally. She works at the intersection of performance and sculpture, where she builds successions of varying images, embodiments and movements.

She is well-known for her live performances and sculptural and video presentations, such as the memorable Floor Resistance in the 2012 Walters Prize exhibition; Free Time/The Opportune Spectator in the Anne Landa Award exhibition at the Art Gallery of New South Wales, Sydney in 2013; Free Time at the Palais de Tokyo, Paris in 2013; her major sculptural, video and performance work Defending Plural Experiences at ACCA in 2014; and her recent large-scale exhibition of sculptures at Complex Bodies, Gebert Stiftung für Kultur, Switzerland in 2015.

Frankovich’s ongoing interest as an artist is to create new languages that merge sensibilities, materialities, movements and experiences from various fields. This mode of producing combines history with the present and forms a relationship with future embodiments and environments that allow for possibility and transformation.

She says: “I hope that this could impact how we as participants coexist in a web of human and non-human relations. For my own work and thinking this is useful in the way that it expands on the possibilities for understanding our make-up and allowing scope for our potential ways of being. It is in this way of thinking that I make combinations between a series of works so as to allow for multiple physical understandings.”

This approach informs The Female has Undergone Several Manifestations, an exhibition that aims to presents a total understanding of the body, its internal and social functioning in and amongst its growing, evolving habitat.

“Like a graduated colour spectrum—these sculptures and images illuminate a sense of becoming.”

Alicia Frankovich’s exhibition at Starkwhite is produced in a parallel discussion process with Artspace’s THE BILL, programme of research-based exhibitions and events curated by Misal Adnan Yıldız marking the 30th anniversary of the Homosexual Law Reform Act in Aotearoa 1986.

Artspace director Misal Adnan Yıldız will be in conversation with Alicia Frankovich on the occasion of The Female has Undergone Several Manifestations at Starkwhite. (6 pm Monday, February 8, 2016 at Starkwhite).

For further information and high-res images please contact the gallery.