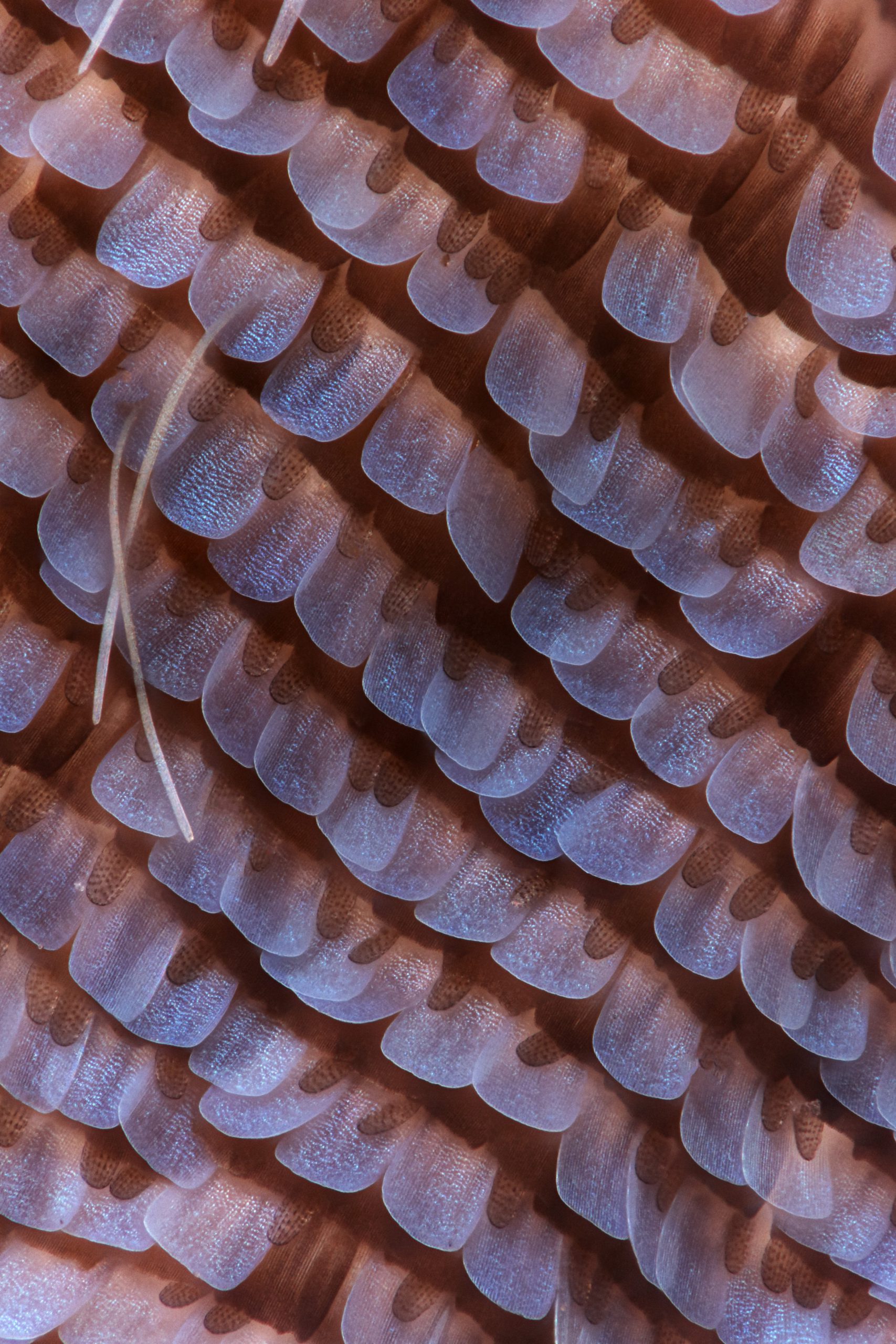 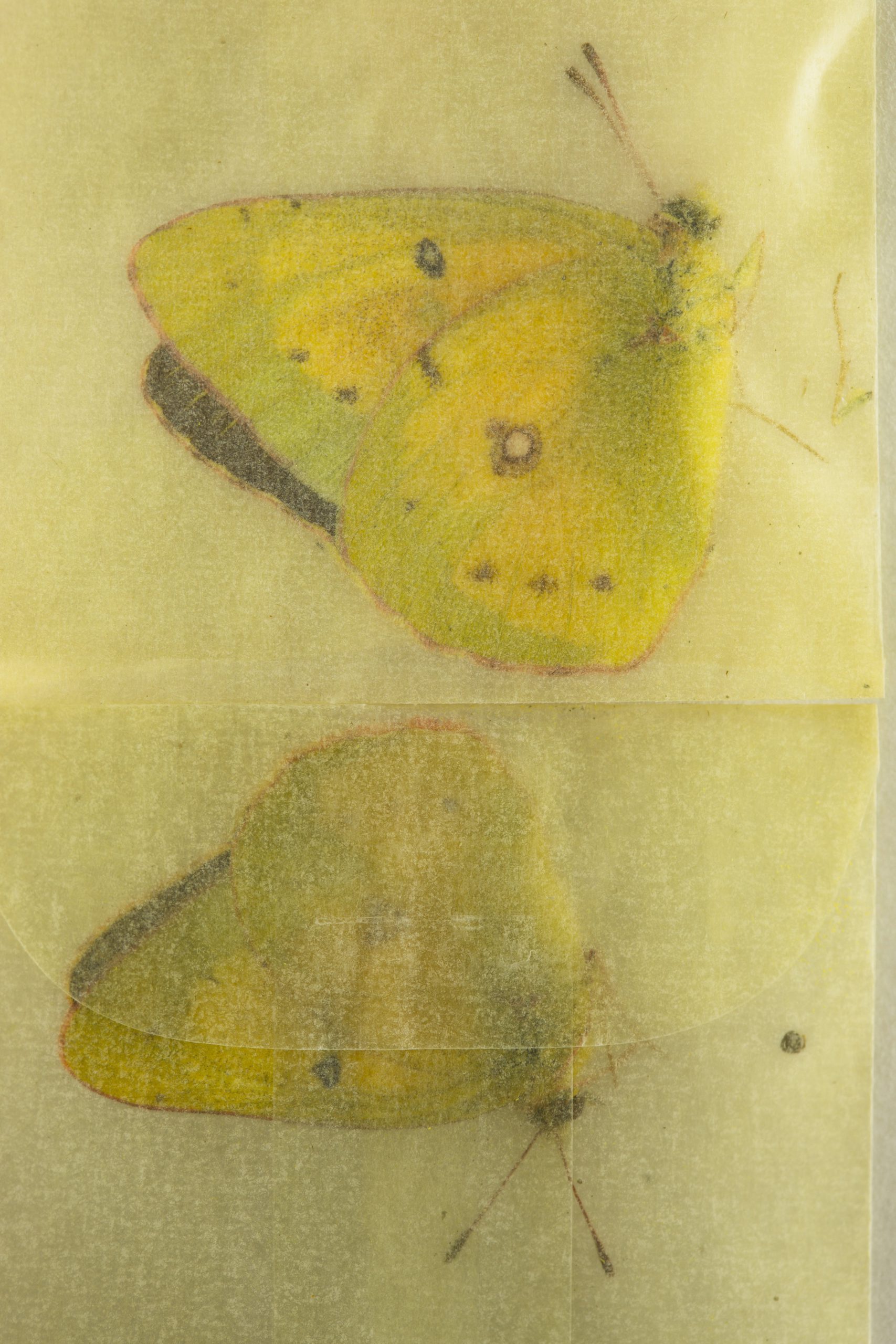 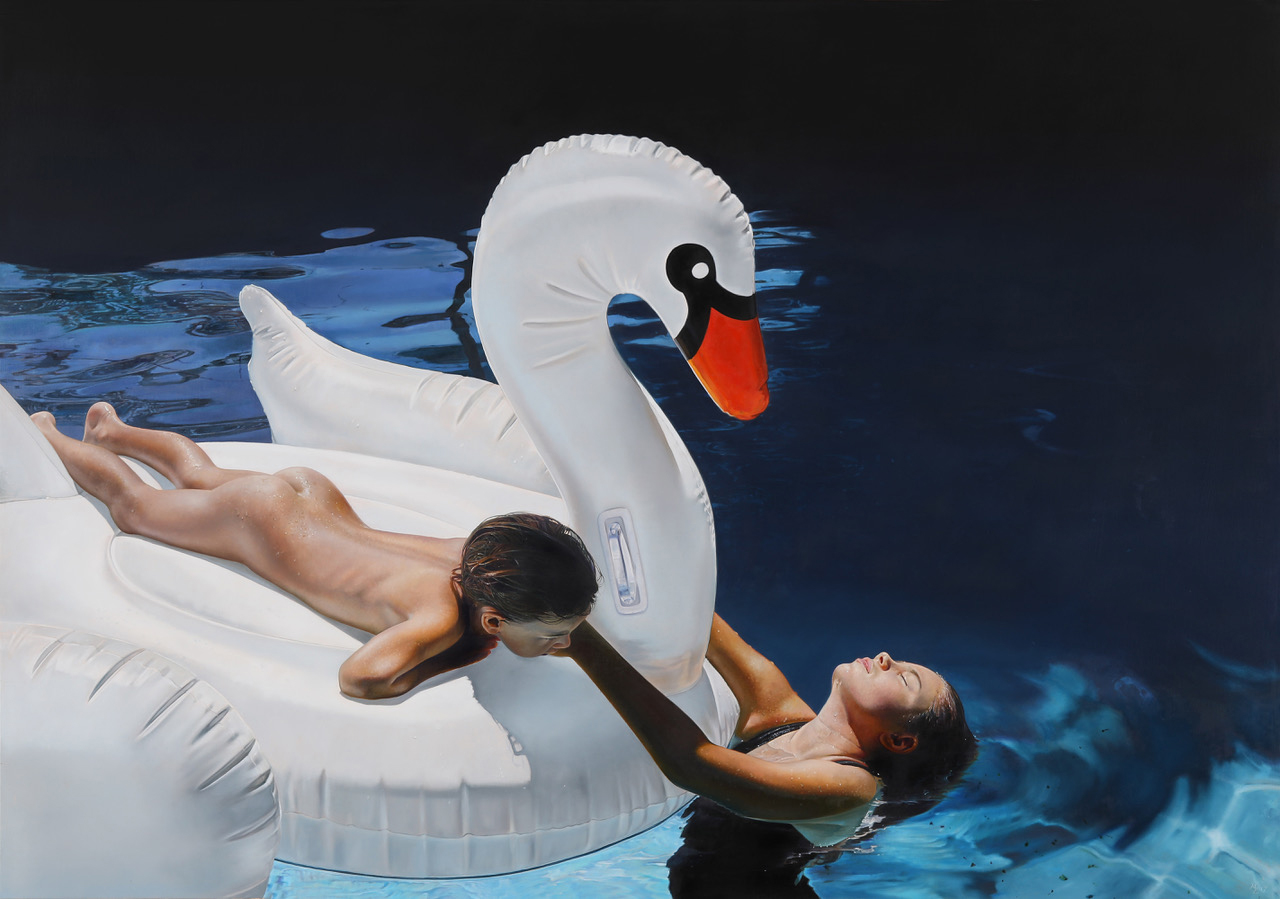 1 – 15
Fiona Pardington Eros, from Nabokov’s copy of W.J. Holland, The Butterfly Book, I 2016. With thanks New York Public Library.

Starkwhite will present new work by Fiona Pardington (NZ) and Michael Zavros (AUS) at Art Basel Hong Kong 2018 in an exhibition titled Beyond Surface Affect. Both artists produce strikingly beautiful artworks – Pardington with her large-format photographs and Zavros with his trademark photo-realist paintings – where something on the surface is the source of something incomparably larger. The two complementary bodies of work, with their surfaces of excessive perfectionism, will operate as a meditation on the fluctuating relationship between outward appearance and the conveyance of ideas and emotions.

Fiona Pardington has made it part of her practice to reanimate dead material she finds near her home or in museums around the world: birds, mushrooms, plaster life casts of Maori heads, fragments of archival handwriting. She interrogates death and celebrates collecting and preservation.

As a famous novelist of his time, Vladimir Nabokov often featured on the cover of or inside Time, Life, Vogue, and the like, catching butterflies—and so became also the most famous lepidopterist of his time. Most assumed he was just a hobbyist, although a few specialists realized he was a world-class scientist, as has been borne out in research, books, and exhibitions from the 1980s to the 2010s.

A Nabokov lover since her teens, Pardington was stunned to read in 2011 how science had vindicated his hunches about the populating of the Americas by the Blues he specialized in. To pay homage, she has photographed, in European and American museums, only butterflies Nabokov caught and killed, words or diagrams in his hand, butterfly images on printed pages he marked: “The butterflies must be his own, their thorax crushed by the fingers that held the pen with which he wrote. Butterflies taken, like relics. One degree of separation. Love and death fold together.”

Her photographs disclose the beauty and strangeness of what he could see in “the charmed circle of the microscope”.

Pardington’s work springs from a strong Māori knowledge base, evident in the relationship it establishes with the forces and objects of the natural world through concepts of kaitiakitanga (guardianship) and mauri (spirit) – the very values Pardington sees reflected back in Nabokov’s relationship with his butterflies.

Both artists revel in the power and beauty of natural forms, teasing out the delicate relationships that exist between nature and culture and the forms of knowledge and practices that preserve or threaten these relationships.

Increasingly the artist is turning his gaze inward, to home and self, making work that engages with beauty and the culture of narcissism. The Zavros lifestyle is depicted and documented in his art. He paints what he appears to have become – a poster boy for a life perfected. He lives an outwardly perfect life, perfectly groomed for lifestyle magazines and shared through social media – he has 95,000 followers on Instagram.

Zavros’s artworks present at first glance as perfectly rendered photo-realist painting, but they generate readings and responses beyond the surface affect. They underscore contemporary society’s obsession with beauty and vanity. Like advertising, what is being created in a Zavros painting is not so much an object, a type of physical thing, but rather an artificial need or desire. “It is part of the function of narcissism — the aim of narcissism,” writes psychoanalyst Adam Phillips, “to expose by provocation the narcissism of those with whom it comes into contact.”

Dr Fiona Pardington was born in Auckland. She is of Maori (Ngāi Tahu, Kati Mamoe and Ngāti Kahungunu) and Scottish (Clan Cameron of Erracht) descent. She holds a Doctorate in Fine Arts from the University of Auckland.

At the heart of Fiona Pardington’s practice is an abiding concern with emotion and affect. A practitioner with over three decades experience as an exhibiting artist, she has explored the on-going capacities of photography by attending to that which is hidden or unseen in the photograph as much as what it may represent. In the late 1980s she was amongst a group of women artists who challenged photography’s social documentary aesthetic, prevalent in the previous decade. She went on to focus on the still-life format, recording Museum taonga (Māori ancestral treasures) and other historic objects such as hei tiki (greenstone pendants) and the now extinct huia bird. In these works, she brings to a contemporary audience an awareness of traditional and forgotten objects. Pardington is renowned for her ability to breathe life force back into these objects and to raise global awareness of the importance of conservation. She interrogates death and celebrates collecting and preservation.

Pardington, who last year was made a Member of the New Zealand Order of Merit, was in 2016 named a Knight (Chevalier) in the Order of Arts and Letters (Chevalier de l’ordre des Arts et des Lettres) by the French Prime Minister. Pardington is the first New Zealand visual artist to receive this honour.

Fiona has received many fellowships, residencies, awards and grants including the Moët et Chandon Fellowship (France) in 1991-92, the Frances Hodgkins Fellowship in both 1996 and 1997, the Ngai Tahu residency at Otago Polytechnic in 2006 and both the Quai Branly Laureate award, La Résidence de Photoquai, and the Arts Foundation Laureate Award in 2011. Pardington has created staggering works as a result of these opportunities.

In 2008 the New Zealand Government gifted a suite of her heitiki prints to the Musé du Quai Branly, Paris. A similar work auctioned in Auckland realised the highest price in New Zealand for a photographic work at auction.

Fiona returned from Paris where she completed a Laureate Artistic Creations Project with the Musée du Quai Branly in 2011. In the same year the Govett-Brewster Gallery and the Dunedin Public Art Gallery presented The Pressure of Sunlight Falling, a series of photographs of life casts made by medical scientist and phrenologist Pierre Dumoutier during one of French explorer Jules Dumont d’Urville’s South Pacific voyages from 1837 to 1840. An accompanying catalogue was published by Otago University Press. This series has continued to be exhibited and discussed by academics and curators from all over the world and will be featured in Oceania at the Royal Academy of Arts later this year. Susan Best, in her book Reparative aesthetics, argues that art has the capacity to heal shameful histories, closely examining the work of four female photographers, including Fiona.

Fiona Pardington’s survey exhibition A Beautiful Hesitation, profiling 30 years of practice, opened at City Gallery Wellington in 2015. It then traveled to Auckland Art Gallery and Christchurch Art Gallery in 2016. An accompanying book of the same name, bringing together new and classic writings on the artist’s work, was published by Victoria University Press.

Fiona’s most recent project, Nabokov’s Blues: The Charmed Circle (completed with support from the world’s leading Nabokov scholar, Professor Brian Boyd) documents Vladimir Nabokov’s archives held in European and American museums. Pardington photographed only butterflies Nabokov caught and killed, words or diagrams in his hand, butterfly images on printed pages he marked. This series was launched at Honolulu Biennial in March 2017, and has since traveled to London Art Fair. A new presentation will be exhibited at Art Basel Hong Kong, March 2018, and following this an extensive exhibition of 58 works, curated by Jenny Harper, will be exhibited at The New York Public Library from June – October.

Michael Zavros is a leading Australian artist. His work has been exhibited in major museums and galleries throughout Australia, New Zealand, Asia and Europe. He graduated from Queensland College of Art, Griffith University with a Bachelor of Visual Arts in 1996.