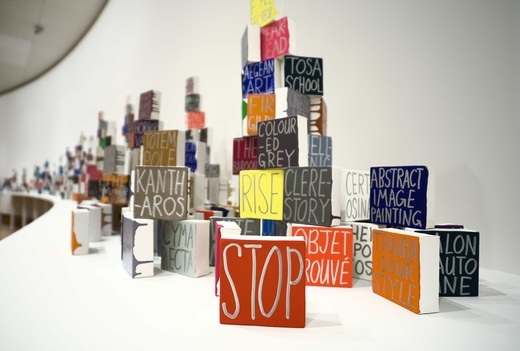 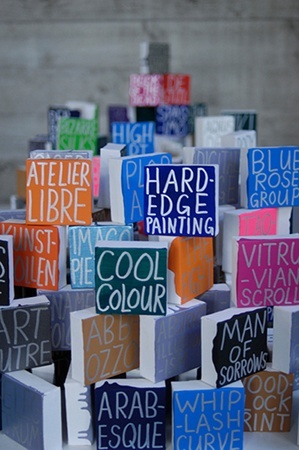 Starkwhite will present Table of Dynasties by John Reynolds at the Hong Kong International Art Fair (ART HK), from 14 to 17 May 2009.

This is a significant move on two counts for Starkwhite. First, despite the global economic downturn the gallery will continue to participate in selected art fairs during 2009. Starkwhite made its first off-shore moves this year, presenting two artists projects at ART39BASEL – Dane Mitchell’s Conjuring Form in Art Statements and et al.’s altruistic studies in Art Unlimited. This was followed by ShContemporary08, the Shanghai international art fair, where the gallery presented a group show of four artists working with video, animation and digitally manipulated images – Gavin Hipkins, Hye Rim Lee, Jae Hoon Lee and LA-based, Australian artist Grant Stevens.

Second, it brings John Reynolds into a formal relationship with Starkwhite, building on occasional past collaborations. These include two large-scale earth/planting works – Snow Tussock and Golden Spaniard – commissioned by the gallery for an outdoor park in East Otago and his WORKS END project staged in Starkwhite’s downstairs space in June 2008. While Reynolds will continue his longstanding relationship with his New Zealand galleries he will work with Starkwhite internationally, beginning with representation in ART HK 09.

Table of Dynasties is a further development of Reynolds’ work on the visual consideration of text, often utilizing words from dictionaries. The words in these works are presented in the artist’s hand on ready-made 100 x 100 x 40mm canvas blocks. The first major project to emerge from the artist’s studio was Cloud, commissioned by Charles Merewether for the 2006 Biennale of Sydney and presented in the entrance hall of the Art Gallery of New South Wales.
Like Cloud, the title Table of Dynasties is a reference to its organising strategy and a term from the dictionary Reynolds will draw on for the work, presenting another visual consideration of a text. The book is The Thames & Hudson Dictionary of Art Terms, by Edward Lucie-Smith, designed to serve as a field guide to the arts. From ‘abacus’ and ‘adhocism’, to ‘ex-voto’ and ‘eye-catcher’, and ‘terrazzo’ and ‘Ting ware, Ting yao’, the book covers the vocabulary of visual art in all its forms. Its 2000 or so entries include non-Western terminology and tracks contemporary approaches to art.

Unlike previous text-driven wall works like Cloud or its sister work, Looking West, this work will be staged as a heap of words mounded up or littering a group of table tops – a sort of tableau or study, operating and viewed from between floor and walls. A broad spectrum of colour grounds will differentiate the sweep of references appearing in handwritten silver text and randomised in stacks of canvases. The work will read as a collision of competing words, terms, periods and materials [not unlike the art world itself], a tabletop architecture of polyglot terminologies. These art terms will appear without definitions and the cacophony of display will ensure a shifting flux of revealing and concealing.

John Reynolds lives and works in Auckland, New Zealand. Over the past three decades he has established a reputation as a painter who employs aspects of drawing (sketches, plans, charts, doodles) and different types of representation (expressive marks, symbols, patterns, writing) for poetic effect. Not content to be pigeonholed as a painter, he also incorporates sculpture, installation and site-specific outdoor works into his practice.

Solo shows and representation in recent events and group exhibitions include: John Reynolds: Under Milk Wood by Dylan Thomas, a collaboration between the artist and actor/director Geraldine Brophy, Christchurch Art Gallery (2008); Speaking Truth to Power, Gus Fisher Gallery, Auckland University (2007); Zones of Conflict, 15th Biennale of Sydney (his work Cloud was commissioned for the entrance hall of the Art Gallery of New South Wales), curated by Charles Merewether (2006); 54321: Auckland Artists Projects, curated by Ngahiraka Mason, Auckland Art Gallery (2006); Nine Lives: The Chartwell Collection, curated by Robert Leonard, Auckland Art Gallery (2003); HEVN: NOT TO SCALE, curated by Sophie McIntyre, Adam Gallery Victoria University, Wellington (2002): and From K Road to Kingdom Come, curated by Gregory Burke and Robert Leonard, Govett-Brewster Art Gallery, New Plymouth (2001). Reynolds is the recipient of a Laureate Award from the Arts Foundation of New Zealand and one of four artists selected to re-stage a project in the 2008 Walters Prize exhibition at the Auckland Art Gallery.