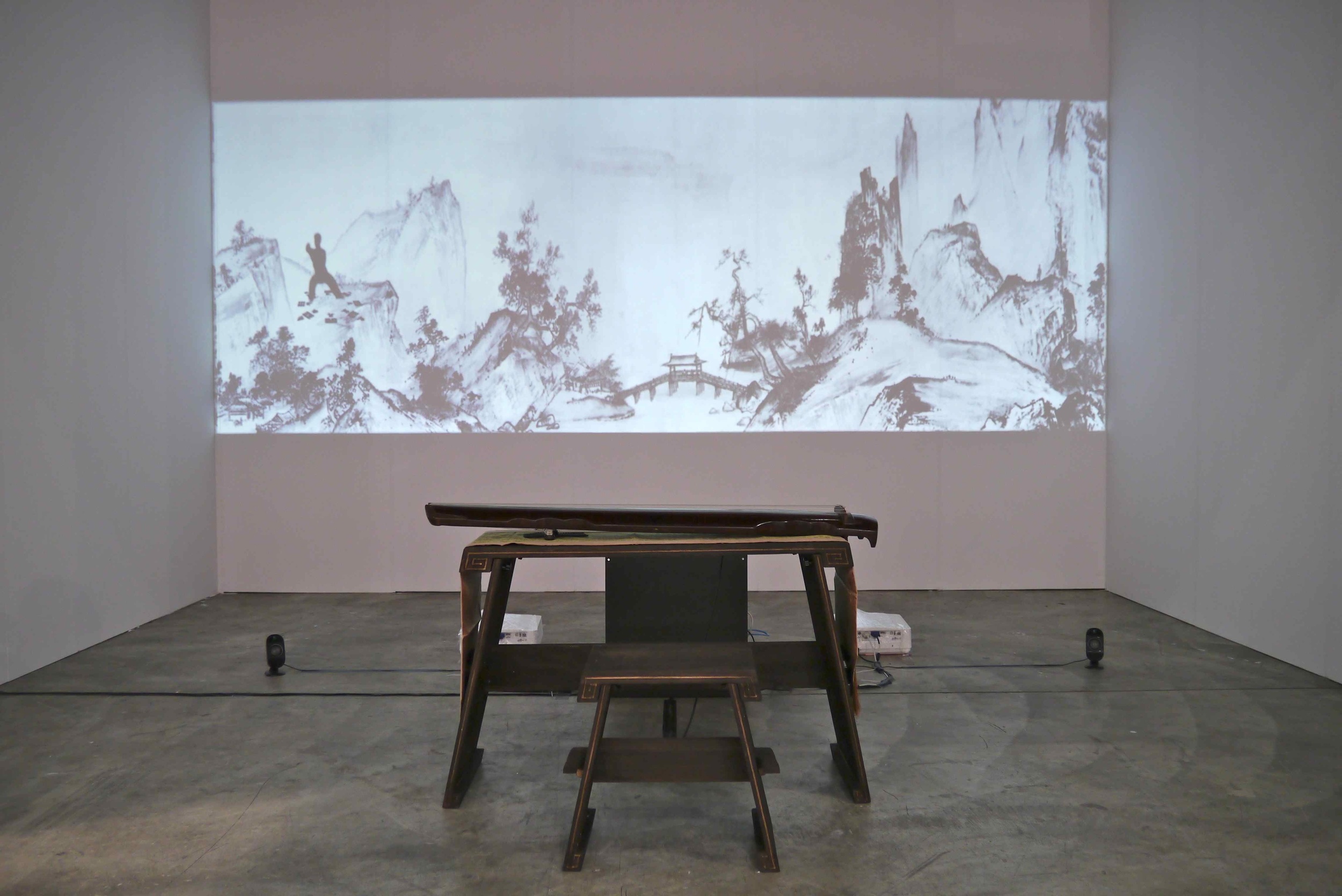 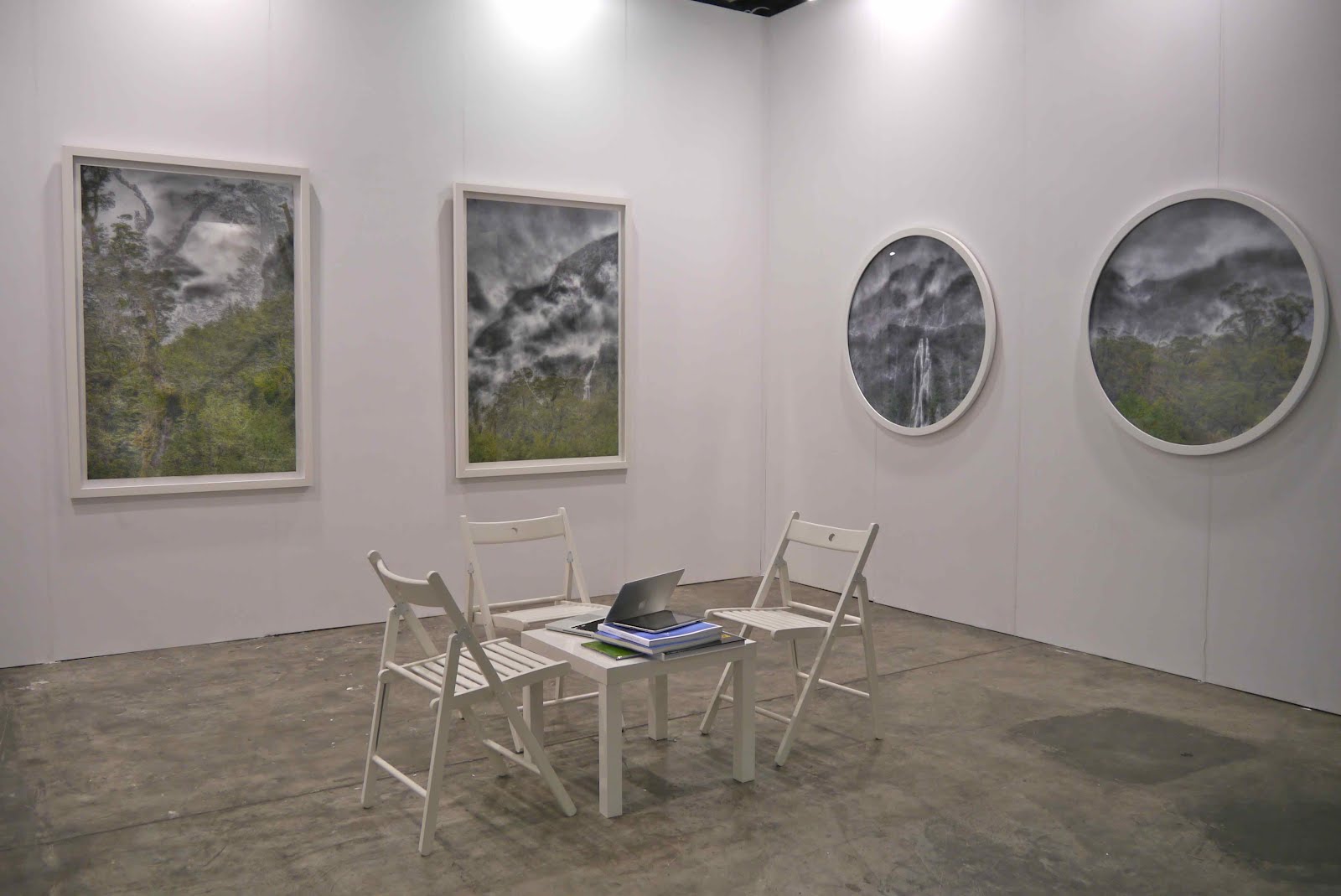 Starkwhite is pleased to present a solo exhibition by Shanghai-based artist Jin Jiangbo at ART HK 2012 from 17 – 20 May 2012.

The exhibition includes Rules of Nature, a landscape executed in the manner of traditional Chinese ink-and-wash painting and staged as a projection. The landscape imagery, however, is steered by the viewer, who by striking notes on a gugin, a traditional Chinese zither, triggers the electronic signals that define the parameters of the composition of the projected image.

A suite of photographs drawn from the artist’s recent Dialogue with Nature series accompanies the interactive work. Once again, Jin Jiangbo looks to landscape but of a very different kind. We see the same allegorical approach to image making, but the location has shifted from China to the seemingly untouched and remote landscapes of New Zealand captured by the artist and offered back to the viewer with a plot twist, that of shanshui and not with ink on paper but rather through the lens of a camera.

An ancient style of Chinese painting that first rose to prominence in the Liu Song Dynasty or 5th century AD, shanshui is a tradition of ritualised patterns and depictions of landscape. Using brush and ink on rice paper or silk, shanshui depicts landscapes where meandering paths, rivers and waterfalls are often prominent, along with mountains which have long been seen as sacred places in China. Rigorous compositional structure dominates, as does a philosophical interest in nature and its mystical, emotional qualities. Carefully considered inclusions, colour placement and elemental theory endeavour to elevate the work and viewer to beauty, balance, harmony, and, ultimately the sublime.

For further information on this exhibition and images please contact.