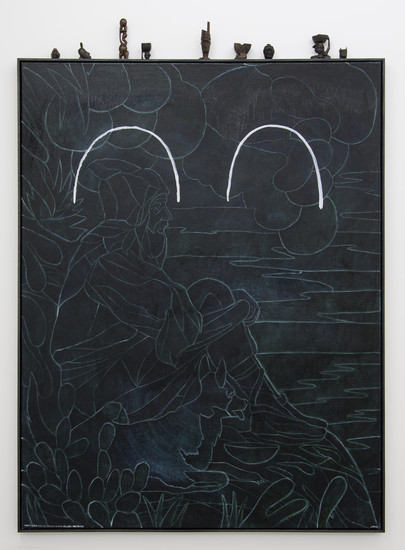 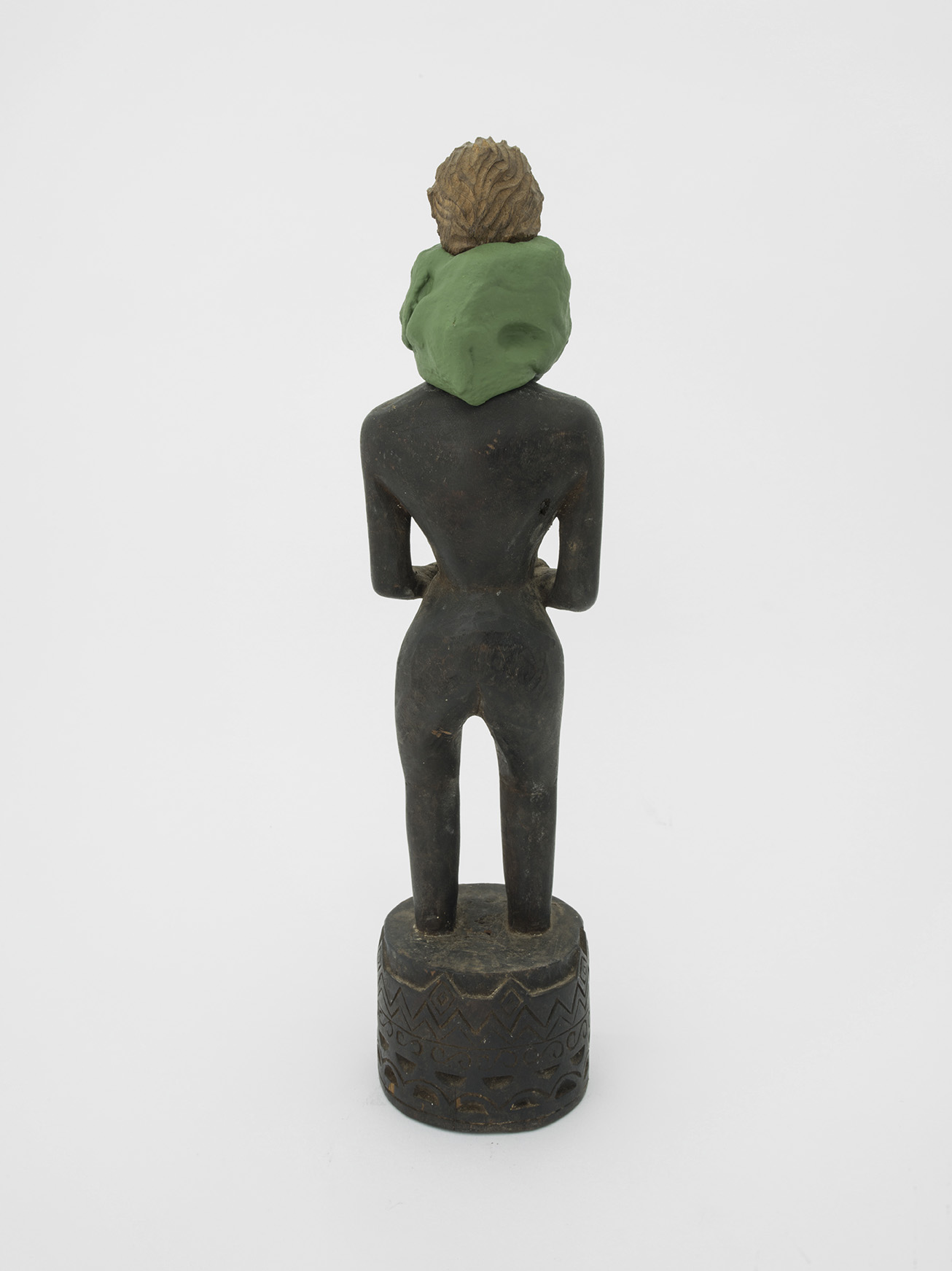 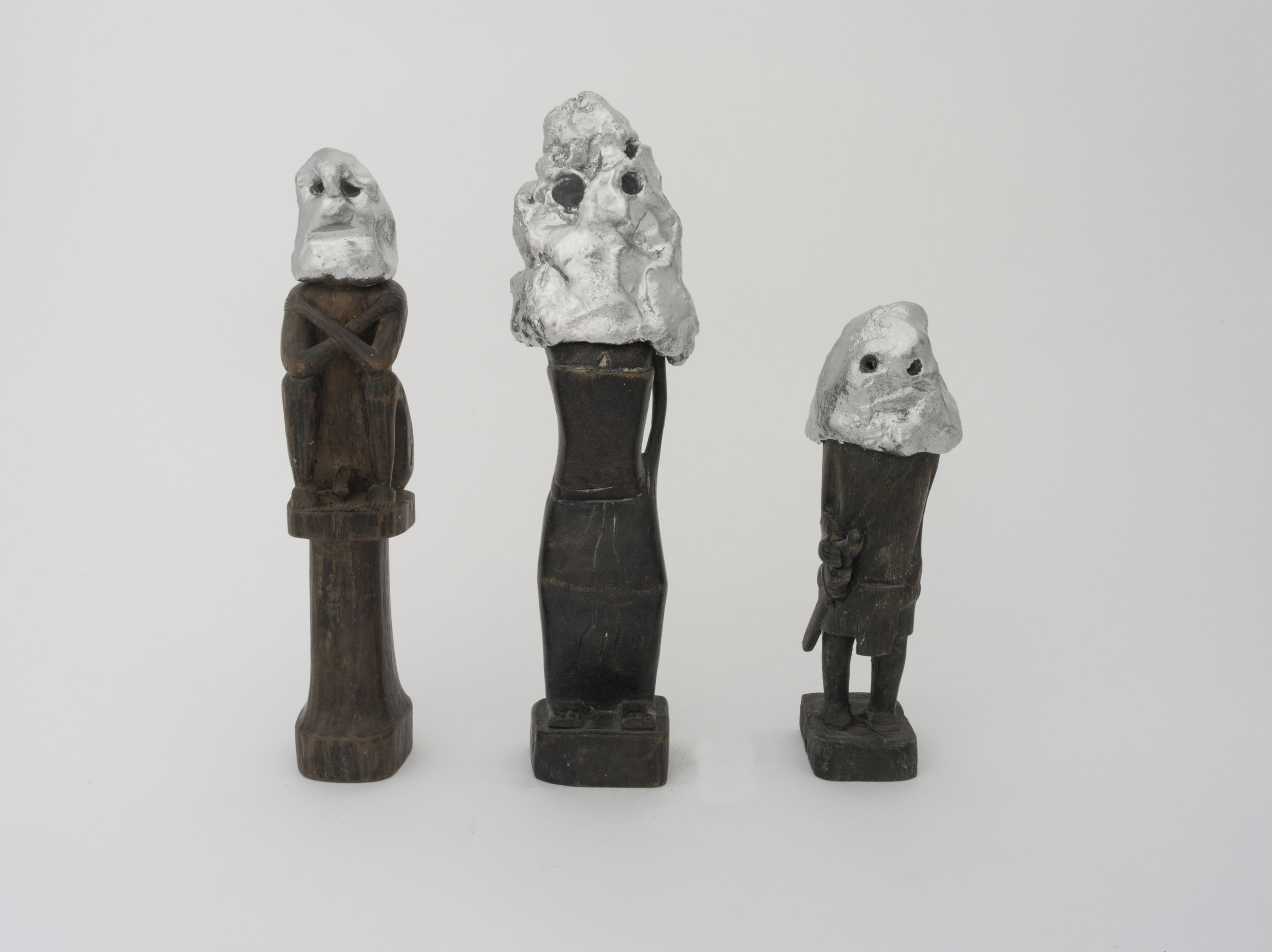 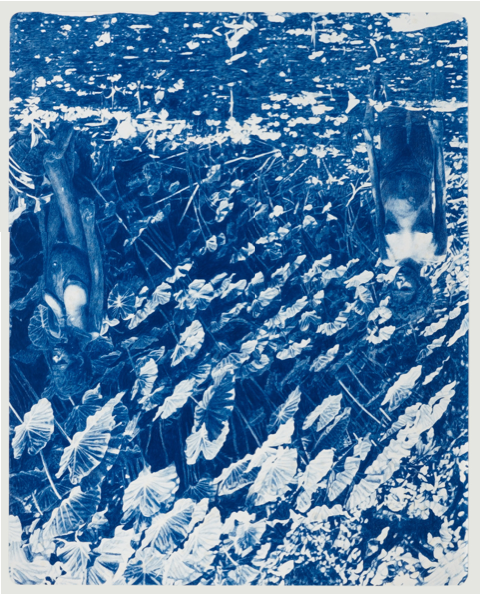 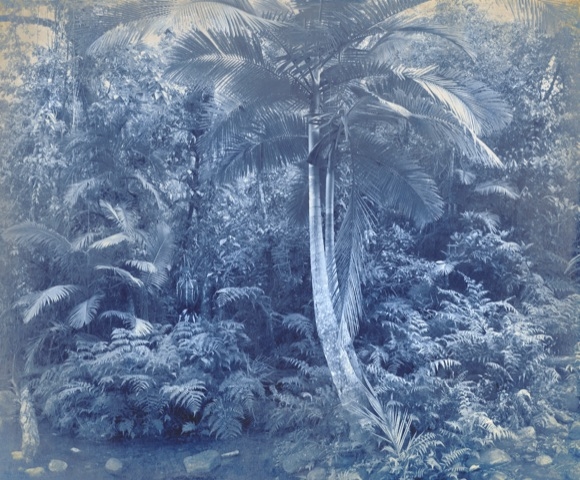 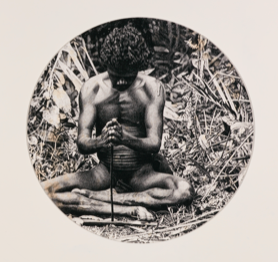 Starkwhite will present works by Laith McGregor (AUS) and Danie Mellor (AUS) at Art Los Angeles Contemporary from 25 – 25 January, 2018. There will also be a by-invitation vernissage on 24 January.

During his travels in South East Asia, Laith McGregor has been exploring the conceptual foundations of portraiture, from primitive mark making through to contemporary practice, and the discourses surrounding it, while being immersed in various cultural communities. The resulting work is an outcome of his ongoing research to understand the complexity of the human experience and his place within it, in particular investigating the relationship of various interpretations of portraiture as a common vernacular, through the use of masks, deities and notion of the self.

The works made for Art Los Angeles Contemporary (assembled under the title So Long until we meet again) are the culmination of a series of drawings, sculpture and paintings that directly reference the Asia Pacific Region and the artist’s relationship to it. Collectively they are a contemplation of time, set in a grey area between fictional space and reality.

McGregor says: “As the title suggests, time is stationary, or even cyclic, time is neither here nor there – it’s an arbitrary concept depending on your location. When away, I was receiving external information continuously via the net, from overseas sources at various times and locales around the world. Time felt like it was condensing, it became ephemeral. While I was living overseas I had this feeling of being displaced. Time was also slowing down, every day felt like the last. I’d spend the mornings in the studio and then most afternoons exploring, eating, swimming and then do the same again the next day. Or at least that’s what it felt like. I spend a lot of time on a small island off the south coast of Bali and wanted to recreate that feeling of isolation, stillness and longing. I have recorded line after line on paper and canvas, the lines build up the landscape. Unsettling faces hover over the scene, like a ghost, they preside and guide the viewer to the detail. The audience can delve into the picture and contemplate issues of time, longing, waiting.”

Danie Mellor’s work has addressed Australia’s colonial past and its legacies today, exploring themes that are critically linked to cultural histories and narratives of displacement and transformation of land and Country – a cultural landscape often rendered in his trademark blue, highlighting the transformation and evoking a sense of otherworldliness.

With Aboriginal and Anglo-Australia heritage, Mellor draws on Western traditions and indigenous cultural perspective to create imagery that suggests new ways to rethink issues around people, place and culture.

A more recent focus in his work has been on ideas of authenticity within the image and how this is linked to the powerful undercurrent of nostalgia in historical imagery, where the ‘real’ and imagined intersections of history are revealed. This also brings distance into play, which for Mellor is a way of talking about generational separation from the experience of Indigenous family during the time of colonial settlement. “So much of the lifestyle captured on glass plate and film is present in my work in many senses, but was impacted on swiftly so becomes a memory of sorts”, says Mellor. “I like engaging with that notion of archive and the collection in an anthropological (somewhat distant) way. It’s also a reality and concept that enables a discussion around race and ancestry, and where my work (and me) fits in to that.”

Born in Mackay, Queensland, Danie Mellor has lived, worked, travelled and studied in Australia, England, Scotland and South Africa. His work has been regularly shown in significant exhibitions, including Story Place, Queensland Art Gallery and Primavera, Museum of Contemporary Art, Culture Warriors and unDisclosed at the National Gallery of Australia, and Sakahàn, the inaugural international survey of Indigenous art at the National Gallery of Canada in 2013.

Recent projects include a major 10-year survey at University of Queensland Art Museum in 2014, and a solo exhibition of his works Primordial: SuperNaturalBayiMinyjirral at the National Museum of Scotland as part of the Edinburgh Art and International Festivals.  Major works were created for the 8th Asia Pacific Triennial at QAGOMA, the Adelaide Biennial of Australian Art at AGSA and the Samstag Museum, and the inaugural Yinchuan Biennale For an Image, Faster Than Light held at the Yinchuan Museum of Contemporary Art.