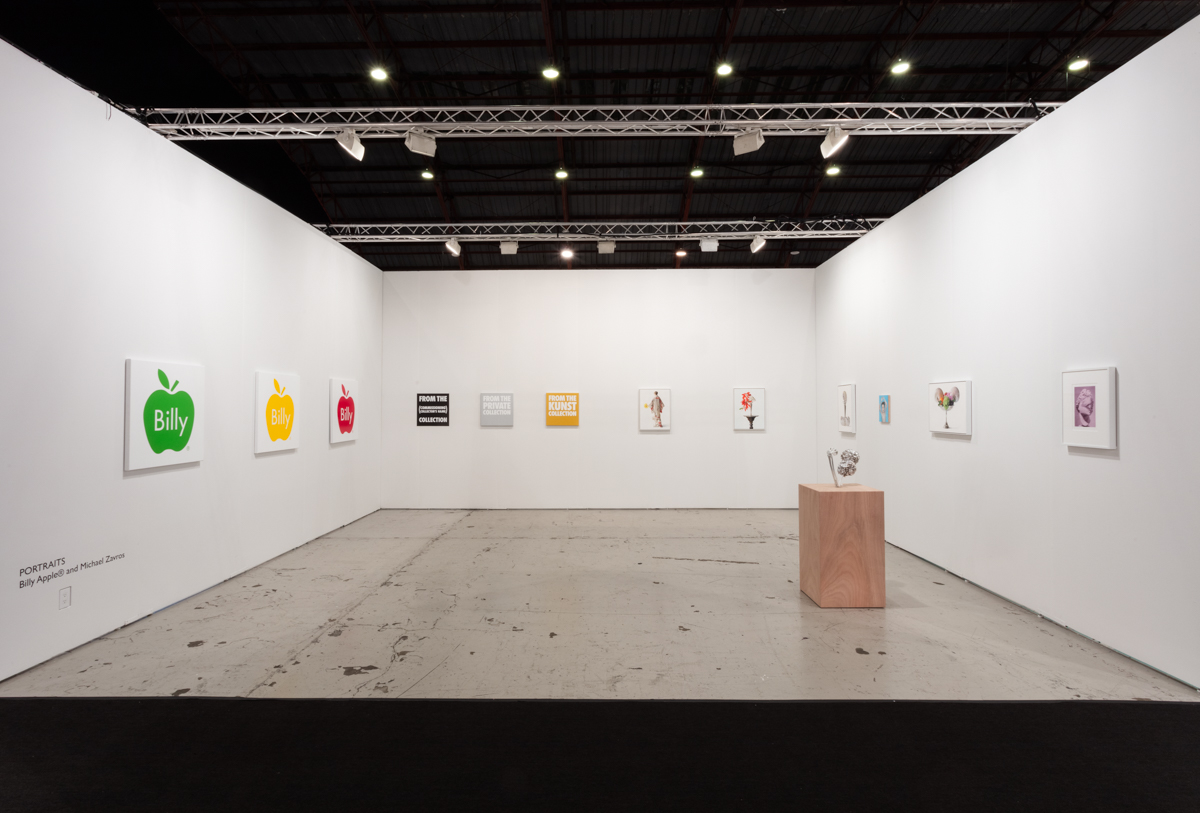 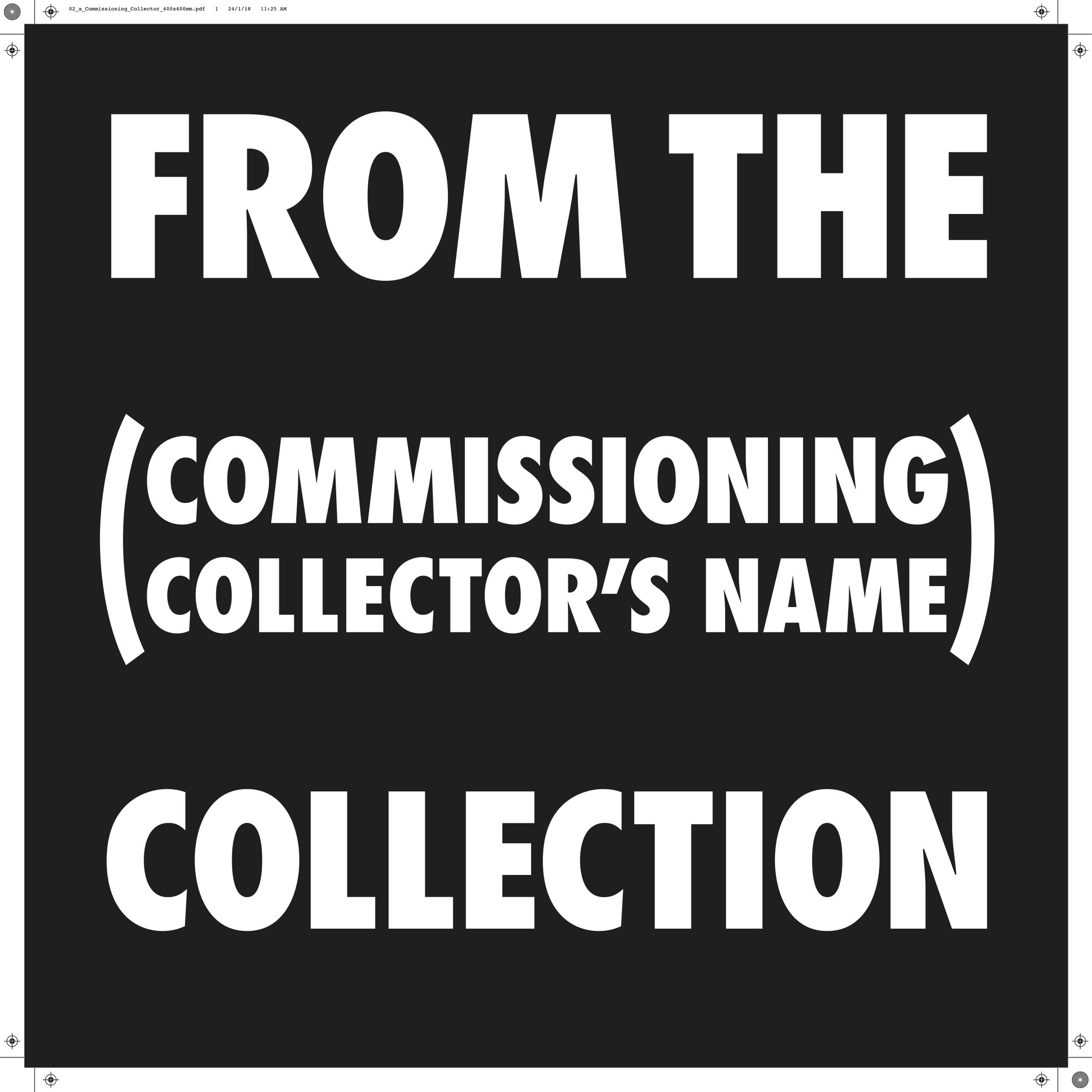 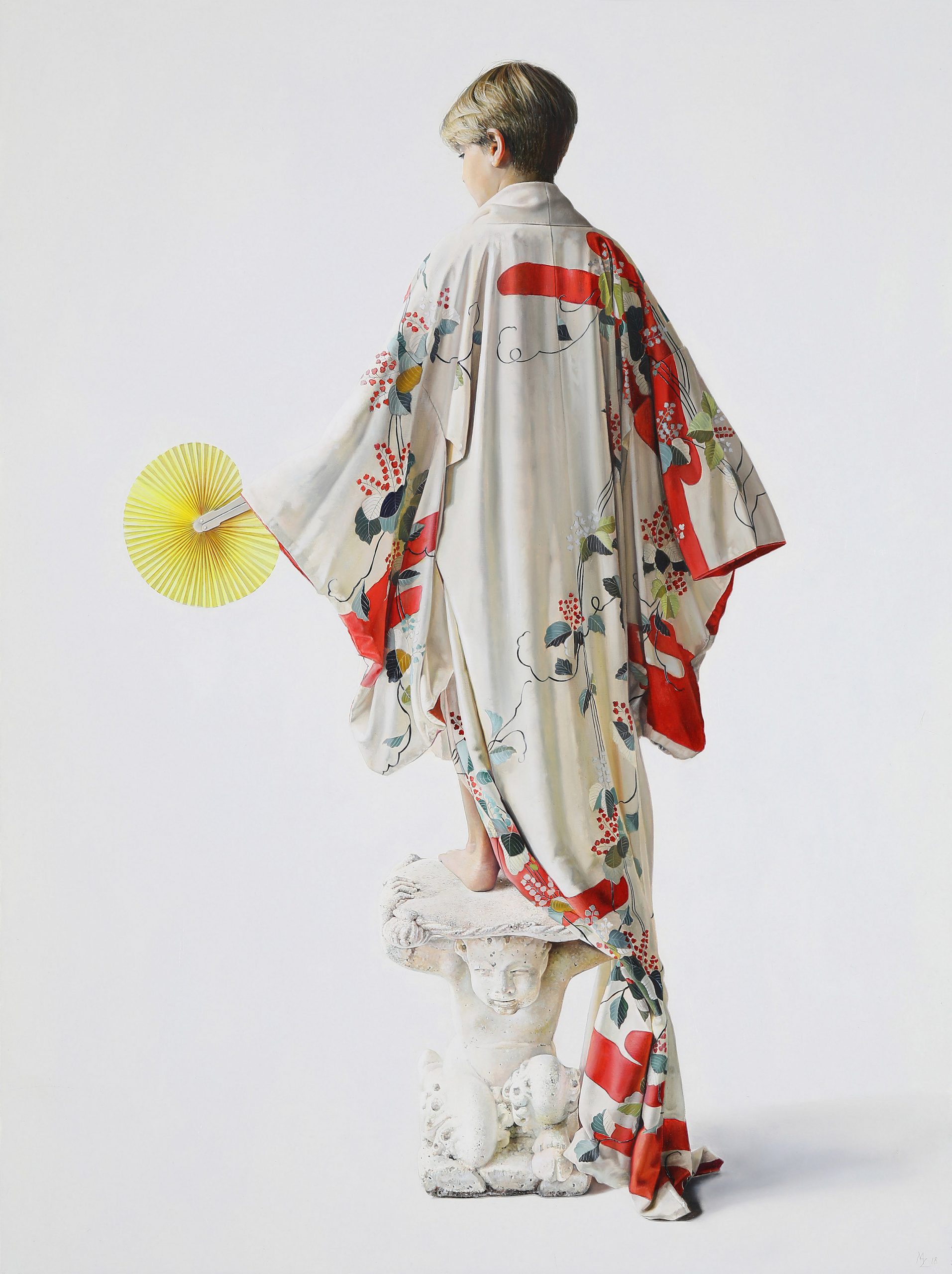 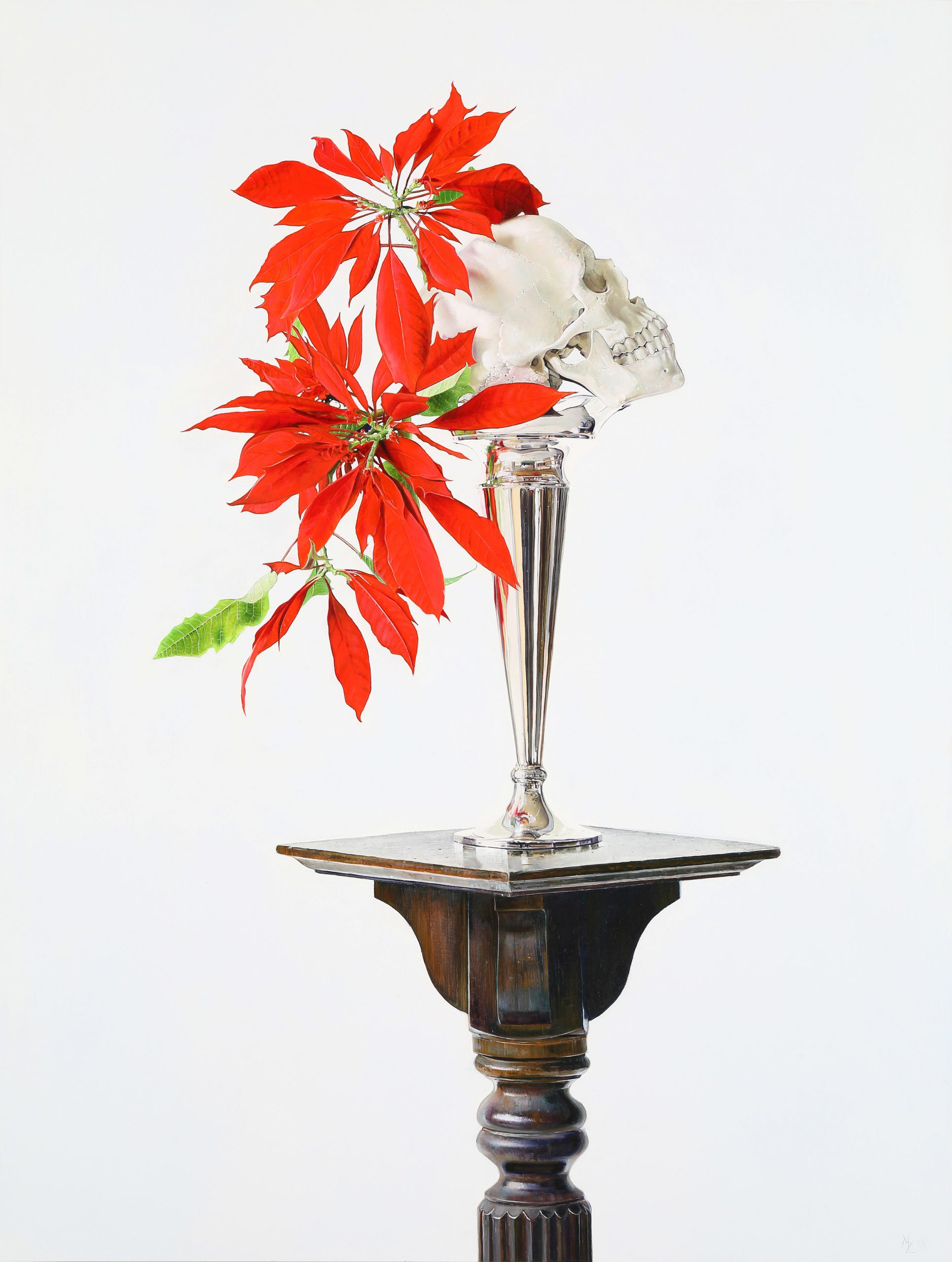 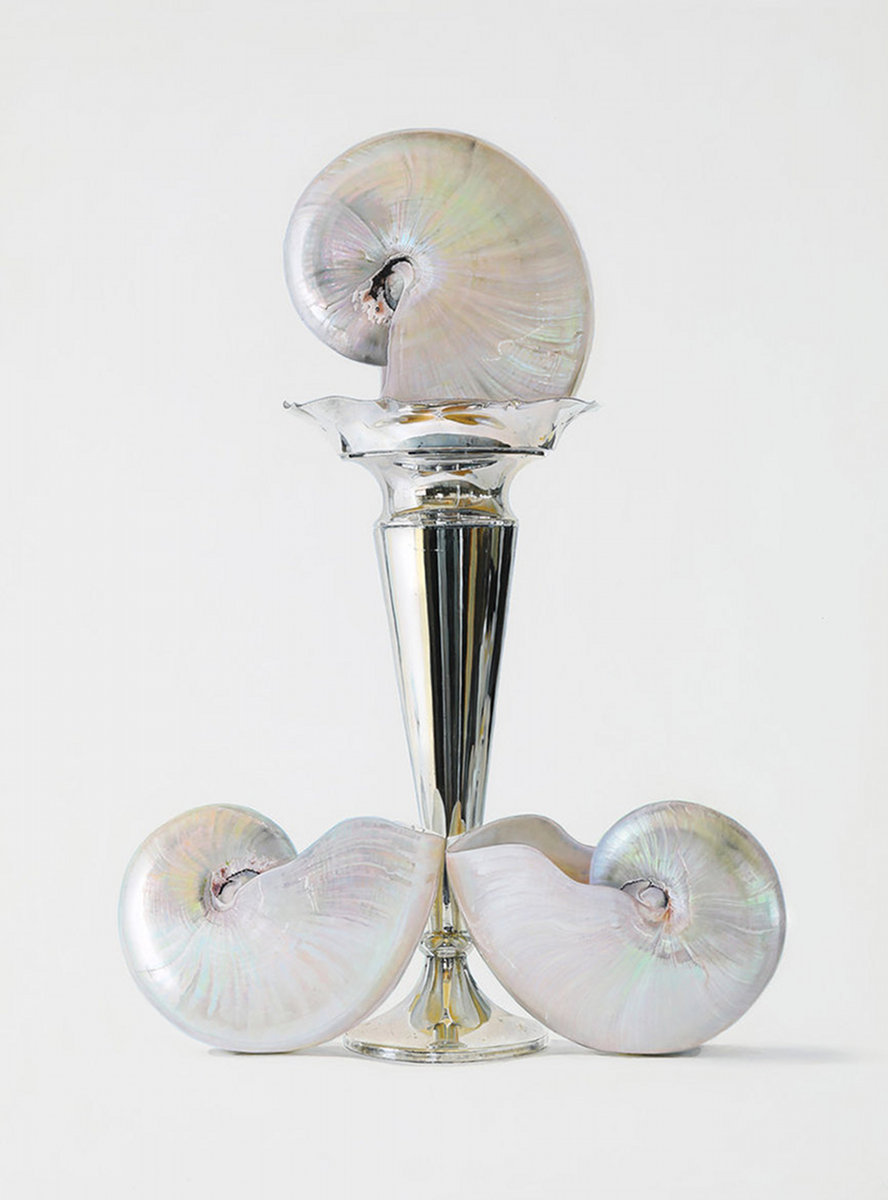 With David Hockney and others, Billy Apple® was part of the new wave of British Pop art, grouped together in the Young Contemporaries exhibitions of 1960, 1961 and 1962. Later in the 60s his idea-driven works presaged conceptual art, which was to coalesce into an art movement by the end of the sixties in New York. In October this year, Hans Ulrich Obrist interviewed the artist during his exhibition Billy Apple®: The Artist Has to Live Like Everybody Else at the Mayor Gallery, London, affirming his place as New Zealand’s most important living artist, with an international profile developed over 6 decades of ground-breaking practice.

Michael Zavros is an artist who paints beautiful things beautifully. His subjects have included European palaces, gardens and follies; up-market men’s fashion, flowers, luxury cars and jewellery; Lipizzaner dressage horses and Japanese pedigree onagadori chickens. It is often said that Zavros’ subject is beauty itself, but it is more generally the symbols of status. His canon of beauty is aspirational – keyed to notions of privilege, tradition and the faux-aristocratic taste of luxury brands. More recently he has turned his gaze inward, to home and self, making work that engages with beauty and the culture of narcissism.

At first glance the work of Apple and Zavros appears to have little in common. However, their work arises from projects that explore the collapse of art into life.

After graduating from the Royal College of Art in 1962 under his given name (Barrie Bates) Billy Apple he took the radical step of changing his name in order to establish a new identity as an art brand. In this self-branding manoeuvre where he became a work-of-art, he removed the arbitrary distinction between art and life and so was able to claim everyday objects (like apples) and life activities (like cleaning an vacuuming) as art. To this day Apple draws in inspiration from reality and the world we live in. He became a registered trademark in 2007, formalizing his art brand status and continues to develop projects that address the legal concept of intellectual property.

“Zavros’ project encompasses references to his life, his children, his possessions and pleasures. But more than this, it encompasses his life itself. Zavros is increasingly able to enjoy the lifestyle he depicts, to become what he paints – life imitates art. He is his own consumate artwork. The handsome, well-groomed and well-heeled artist has become a staple of stage-managed personality profiles, best-dressed lists and VIP rooms, who enjoys a symbiotic relationship with lifestyle magazines. The admiration is mutual: the magazines affirm the artist that affirms them. Zavros’ media visibility is currently so high (in Australia) that we cannot see the work ‘in itself’; we must read it in relation to the life (albeit totally mediated by the media). Thus for all its appeal to old school virtues of fine draftsmanship and patient rendering, Zavros’ work  (like Billy Apple’s) also belongs to a lineage of conceptual-art projects that explore the collapse of art into life.

Our presentation will focus on the way the artists use portraiture within their larger projects.

Apple’s self portraits have been a feature of his work since the 1960s, an aspect he continues to explore with his trademark paintings of monochromatic apples on a white ground with BILLY inscribed on them. These works not only operate as self-portraits, they also document the artist’s status as an art brand. Apple also produces portraits of collectors with his FROM THE COLLECTION series. Each work in the From the Collection series is commissioned by the collector, and operates both as a self-portrait and a frontispiece for their particular collection. The client works with Billy Apple to have the work personalized with their choice of colors, materials, logos and so forth, whilst conforming to the Billy Apple brand of graphics and composition using his trademark golden ration format and Futura extra bold condensed font.

The presentation will include a suite of BILLY apple paintings and two examples of FROM THE COLLECTION paintings as examples of how the series works for international collectors and art buyers at art fairs.

The Zavros lifestyle is depicted and documented in his portraits. He paints what he appears to have become – a poster boy for a life perfected. Over the past decade he has also produced paintings of his daughter Phoebe (which we presented at ALAC in 2016), and more recently his son Leo has been the subject of his portraits, also drawing him (along with Phoebe) into what he describes as ”role play or acting in Dad’s curious fiction.”  Sometimes they are executed as traditional portraits and at others as ‘still life’ paintings. While Zavros’s artworks present at first glance as perfectly rendered photo-realist painting, reflecting his poster boy lifestyle, they also generate other readings and responses beyond their surface affect. They underscore contemporary society’s obsession with beauty and vanity. Like advertising, what is being created in a Zavros painting is not so much an object, a type of physical thing, but rather an artificial need or desire. “It is part of the function of narcissism — the aim of narcissism,” writes psychoanalyst Adam Phillips, “to expose by provocation the narcissism of those with whom it comes into contact.”

Our presentation of paintings by Michael Zavros will include self portraits and portraits of his son Leo.