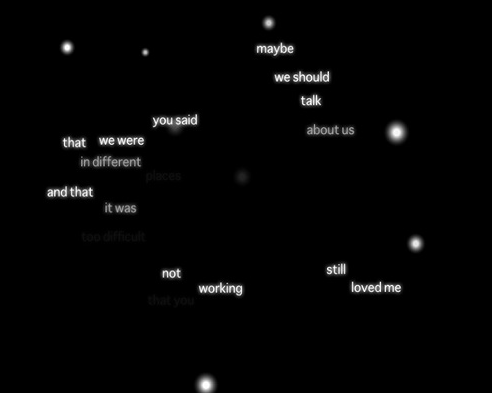 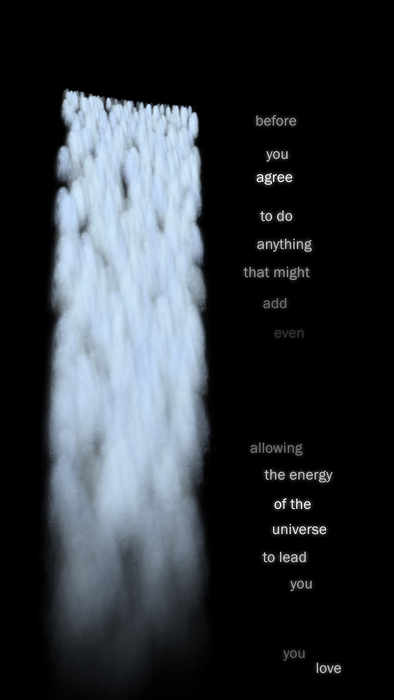 Grant Stevens is represented in Pacific Real Time, the inaugural edition of Auckland Art Fair Project Programme curated by Jarrod Rawlins, curator at MONA, Hobart, and Simon Rees, Director, Govett Brewster Art Gallery / Len Lye Centre, New Plymouth. They selected works for the Project Programme “that are addressed to the dissociative rupture of being Pacific: work that is from this geographic space even though it is about something else – works facing the challenges and failures of modernism and modernity lodged here; discourses linked to travel; psychic and psychological resonances of displacement; all things post-colonial; simultaneity in all its guises; how art and life has changed in the digital age; and what ‘Pacific time’ means today.”

The curators have selected Stevens’ multi-channel video installation Sky in which a virtual camera floats across a panorama of endlessly generating digital clouds. Created with a single photograph as its starting point, Sky explores the possibilities for the proliferation of the digital image, while also seeking space for quietude and contemplation. Accompanied by a dreamy soundscape, which is similarly digitally generated to create infinitely variable patterns and loops, Sky’s panorama is without progression or climax. Instead, as a counterpoint to our ‘culture of distraction’, it offers a kind of meditation on the perpetual present; an ever-changing, yet consistent experience of the present moment.

Grant Stevens is an Australian artist currently based in Sydney. Working predominantly with video, as well as photography, sculpture and installation, his art practice explores how the verbal and non-verbal languages of popular screen culture interface with contemporary subjectivity. Often treading a fine line between vacuous and profound, Stevens merges the highly personal with the bleakly generic to explore the apathies and oxymorons plaguing the 21st Century self. He has exhibited regularly since the early 2000s, with numerous solo exhibitions in Australia, New Zealand, and the United States, and many group shows at publicly funded museums and contemporary art spaces internationally. Stevens is currently a Lecturer at UNSW Art & Design.