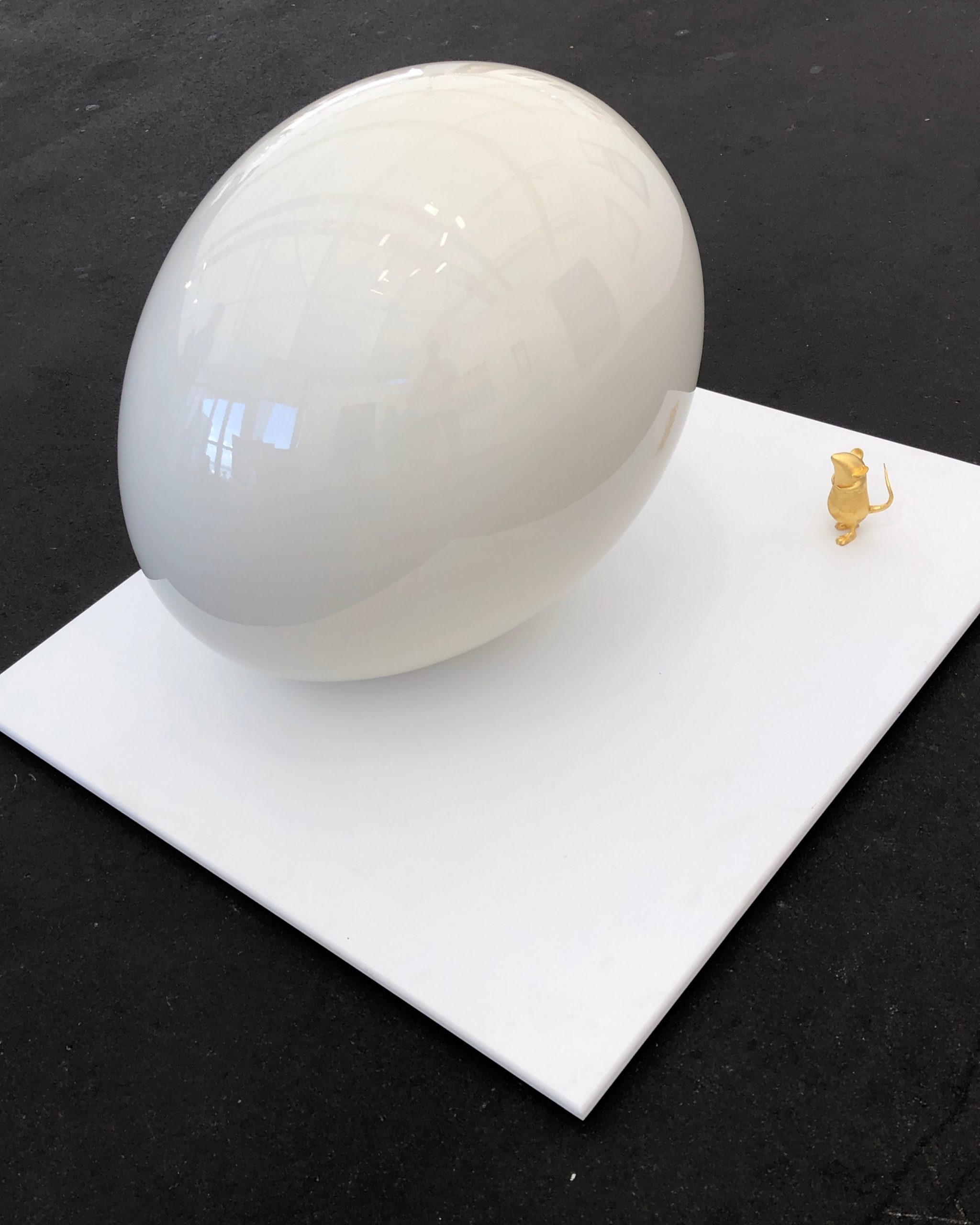 For the VIP preview and vernissage on Wednesday 1 May and following two days of the Fair (2 & 3 May) Starkwhite will present a solo exhibition by John Reynolds, further developing his ongoing Missing Hours project. Over the weekend we will move to a group show of works by selected artists represented by the gallery.

John Reynolds is one of New Zealand’s foremost artists. With a distinctive style that frequently interrogates the logics of drawing, mark making and language, his interdisciplinary practice spans painting, installation, sculpture, and site-specific public art works.

Missing Hours is a body of work taking on the real-life disappearance of Colin McCahon on the eve of the exhibition I WILL NEED WORDS, which was staged as a satellite show for the 1984 Biennale of Sydney. The project opened at Starkwhite with WalkWithMe in 2016 and was followed by FrenchBayDarkly in 2017, both exhibitions playing with titles of iconic McCahon paintings. John Reynolds’ practice has often referenced Colin McCahon, a towering figure of New Zealand art history, and inescapable for many painters. Yet this key incident in the McCahon mythology when the artist went missing in Sydney’s Botanical Gardens and was found five kilometres away the next morning, disoriented and confused, has offered Reynolds a rich vein of imagination and intrigue. Consumed by the incident for close to 5 years, Reynolds describes his ongoing investigation as “part missing person’s archive, part pilgrimage, part art historical vagabondage.”

Reynolds casts a disquieting and hallucinogenic web of imagery and association with the works in the series. The star of the WalkWithMe series is a large, multi-paneled work with smaller blue, green and dark purple panels flank a much wider black centre. It’s a cartography of possibility in which Reynolds charts schematic streetscapes, place names, local landmarks and motifs relating to or punning on Sydney suburbs and McCahon in silver oil paint marker. There’s a dizzying amount of references, words, motifs, and assorted fragments here, offering what the artist describes as ‘handrails’ for McCahon during his imagined journey. The effect is discombobulating, a visual scramble that’s somewhat familiar but also confusing, evoking the disorientation of McCahon’s lost hours.

The FrenchBayDarkly series offers a nod to McCahon’s French Bay works via their bold colour and informal grid-like structure, but Reynolds has increased the pressure. Now the compositions offer a tightly interlocked grid and intensity that borders on computer matrixes of science fiction, the geometry sharpened into a technologically linear and graphic mapping of space. Recalling urban street maps, Reynolds seeks to understand possible routes and journeys for McCahon’s missing hours, speculating on his movement through this unfamiliar city.

Yet simple wayfinding analogies feel like just the top layer, for in a 2018 work titled Headmap Footage #1 Reynolds has quite literally placed the crisp white lines over a vivid pink and dusky purple cosmos. Perhaps the real action and meaning is happening here, for tracing the myriad of horizontals and verticals across the surface of the painting is maze-like. One of the most ancient geometric symbols and culturally massively resurgent, the maze is a test of risk and reason, a way to find yourself by getting lost. Said to reflect the subconscious mind, such structures offer a physical and symbolic journey to confusion and back out again into the world. Well known for an intense engagement with spiritual matters and constant attempt to understand his place in the world, McCahon’s nocturnal wanderings, the Missing Hours project seems to suggest, may be both darker and more spiritually illuminating than a simple disappearance.

John Reynolds is lost in the losing of Colin McCahon. If, as Australian writer Murray Bail considered, McCahon “reconceived Aotearoa, the land of the long white cloud, as the land of the long black shadow”, Reynolds is excavating the shadow of McCahon’s disappearance. His interest is not in solving the incident, but in staying deep in the missing hours, exploring all their possibilities, avenues and dead ends; as might a traveller explore away from the tourist traps and smart suburbs. This is not an investigation into disappearance, but investigation into the ideas that getting lost allows. In ‘A Field Guide to Getting Lost’ Rebecca Solnit suggests that “Lost really has two disparate meanings. Losing things is about the familiar falling away, getting lost is about the unfamiliar appearing.” Leaving space for and inviting the unfamiliar is common practice for artists, and it is here that the Missing Hours project resides.

Starkwhite often presents one or two-person exhibitions at art fairs, as we did with our Gordon Walters show at the 2018 edition of the Auckland Art Fair. However, with the interests of art buyers as well as collectors in mind, we also recognise the need to stage occasional group shows that present a slice of Starkwhite – presentations that also allow us to represent more of our artists at a fair. For the second half of the fair we will present a Starkwhite sampler with works by Billy Apple, Alicia Frankovich, Gavin Hipkins, Seung Yul Oh, Ani O’Neill, and Fiona Pardington.