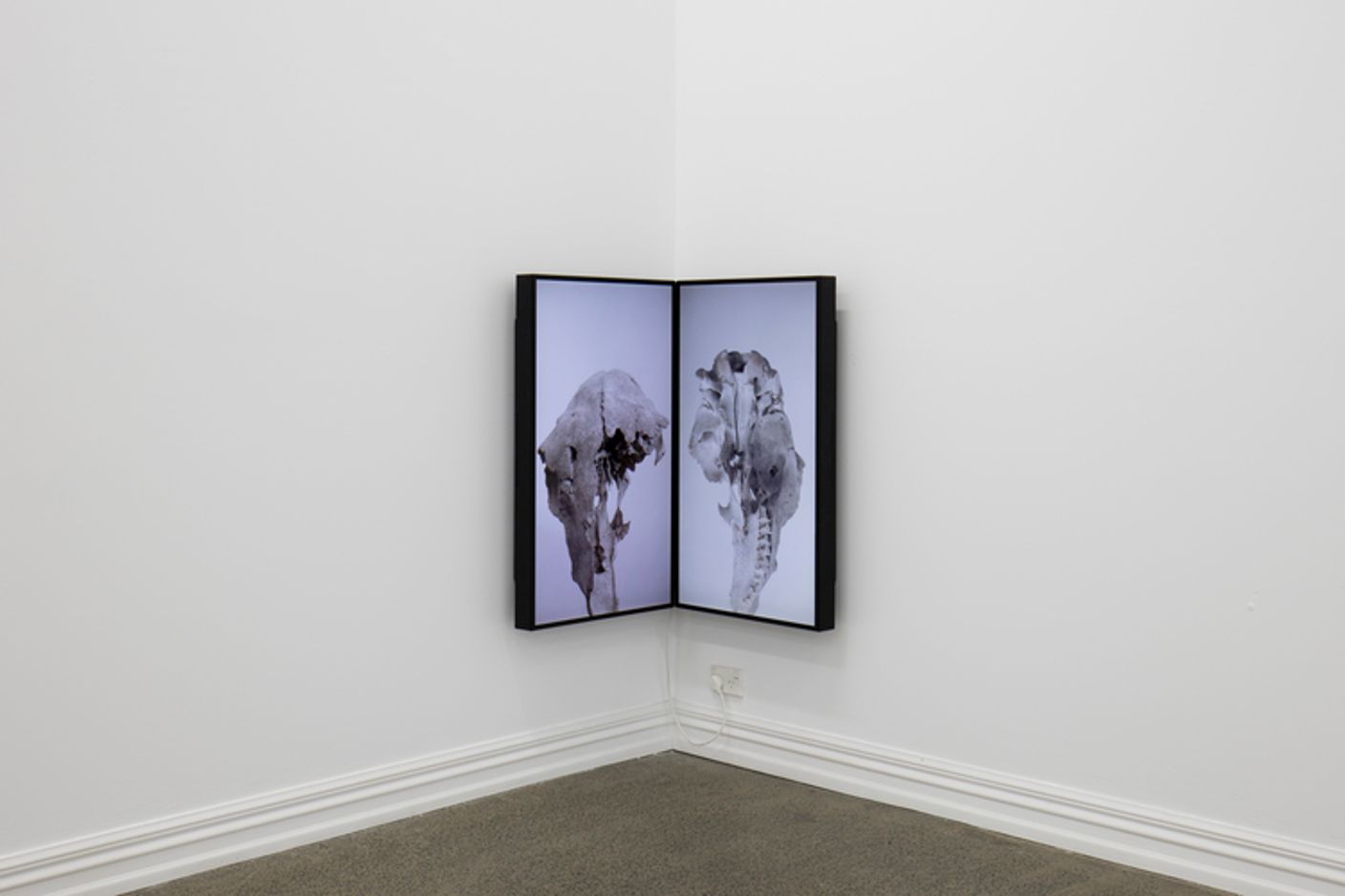 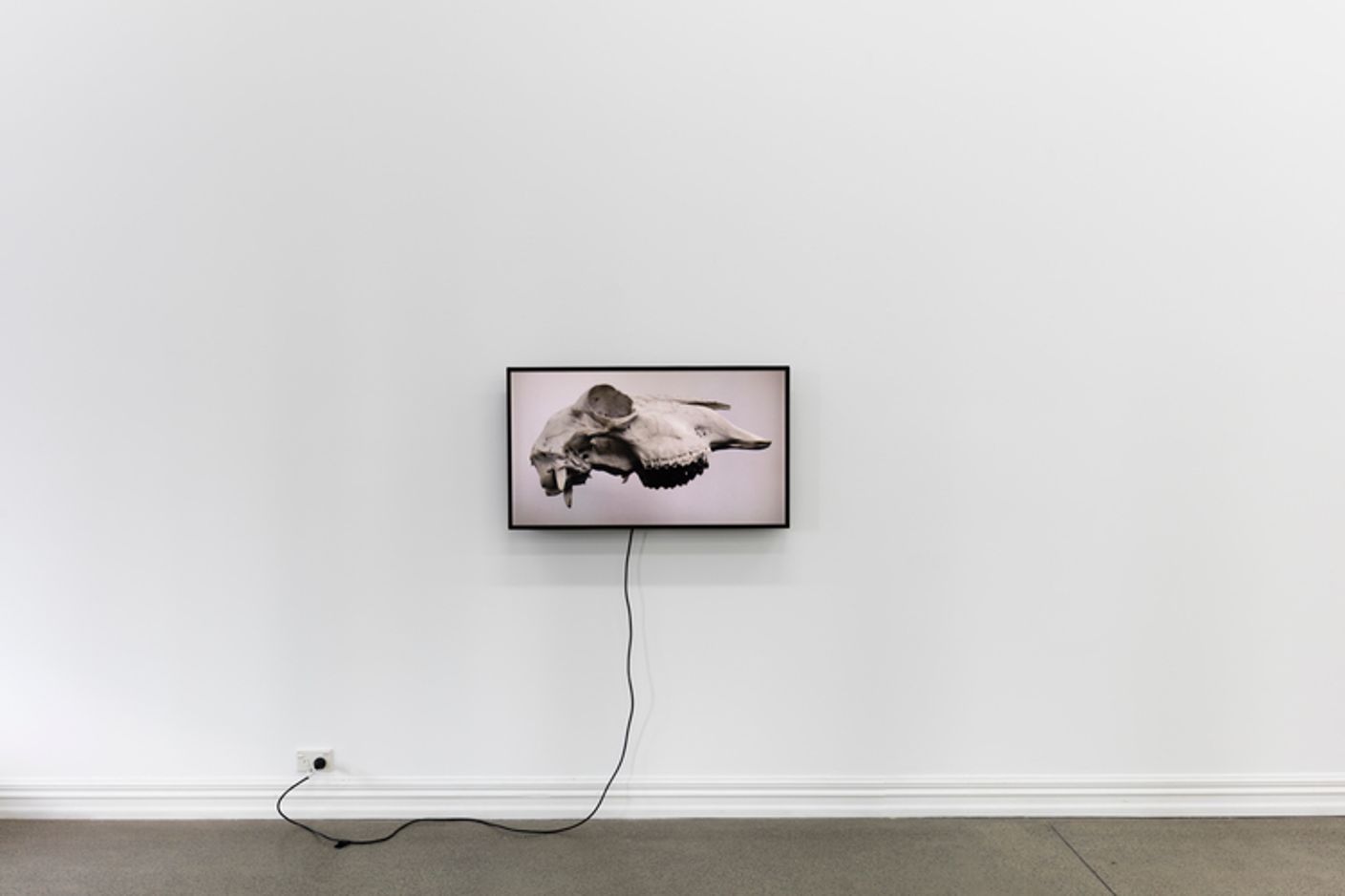 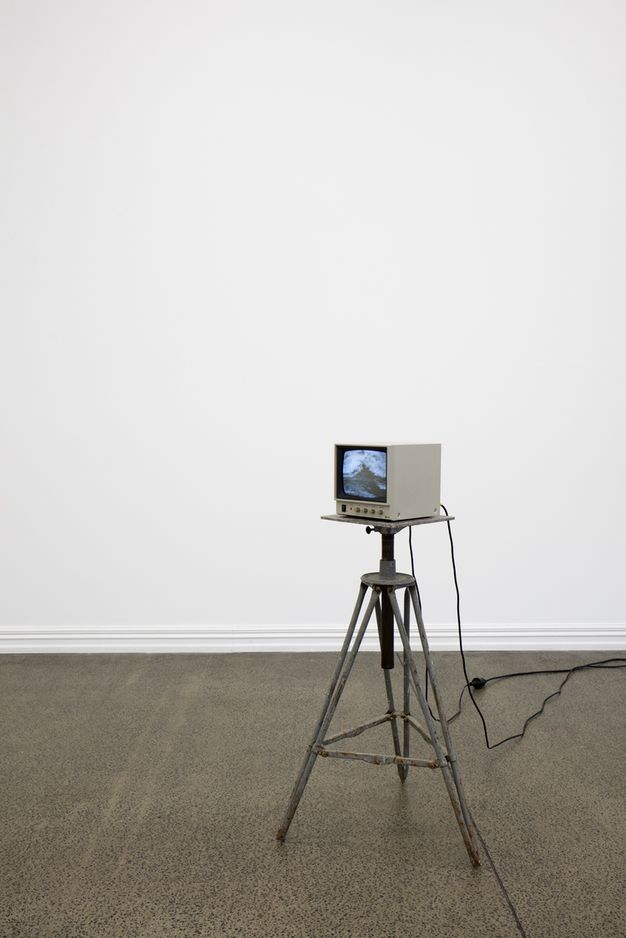 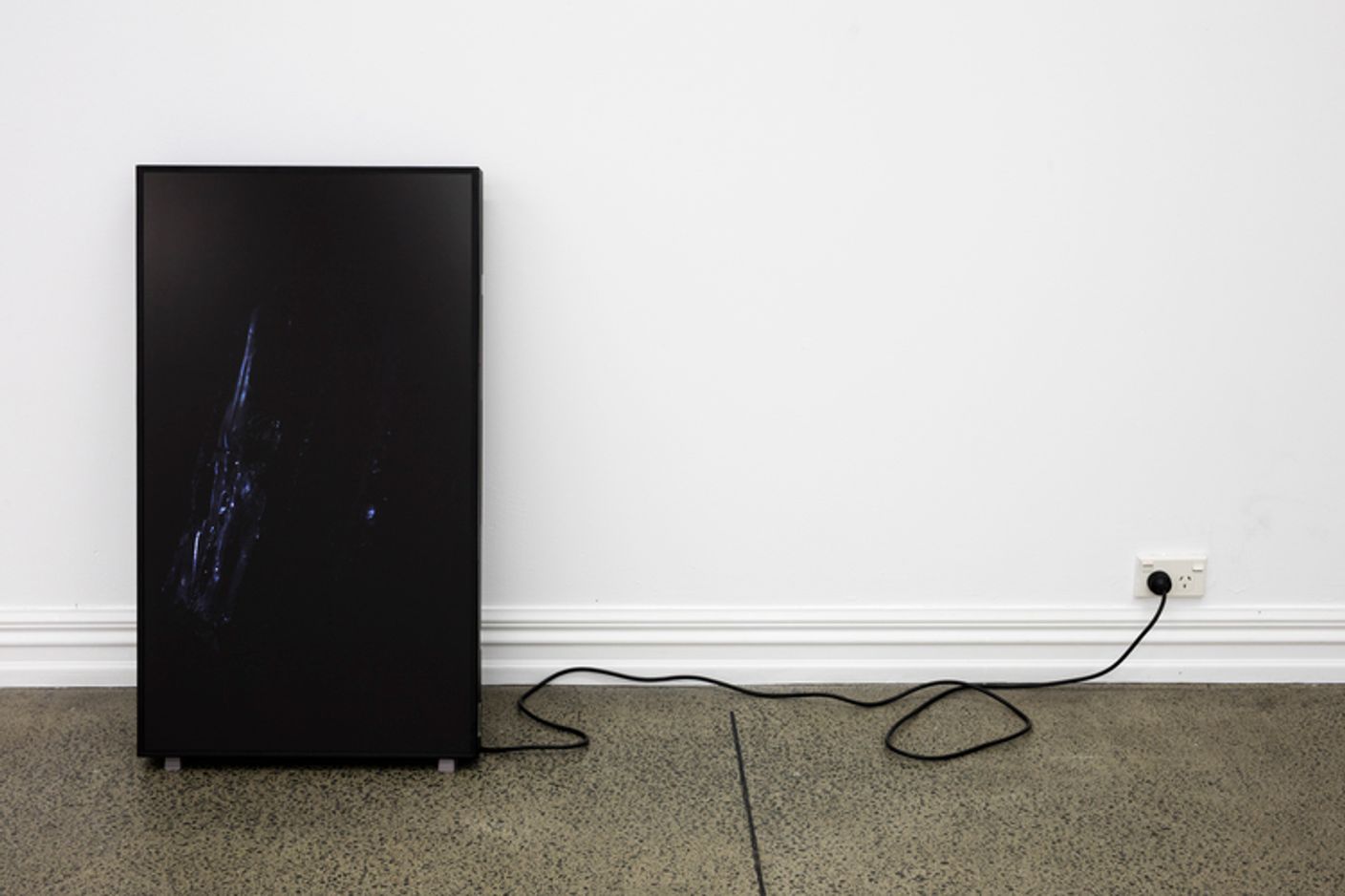 Starkwhite is pleased to present lowercase by Clinton Watkins from 19 April to 18 May 2016.

lowercase is a collection of video works that explore notions of real world vs. virtual space via natural objects found in remote locations in New Zealand. The perpetual spinning of such objects seeks to offer a refrain from the maelstrom of modern existence whilst offering a critical and reflective space to consider the self within increasingly uncertain times.

Clinton Watkins produces artwork that investigates affects that combinations of sonic and visual information can have on an audience. The key conceptual issues of his work are drawn from an interest in constructing immersive experiences through the use of sound, colour and scale of installation incorporating video projection, television monitors and custom-made audio and video hardware. The visual and sound base of his work focuses on the characteristics, structures, phenomena, and processing of sonic and visual material through the exploration of repetition, distortion, duration and form via a minimalist sensibility.

Watkins is also a practicing experimental musician who regularly produces and performs as a solo artist and collaboratively as an active member of the minimal electronic improvisation sextet, Plains, one half of the electronic noise duo 1000 and most recently working with artist Santiago Sierra and performing along-side legendary free jazz saxophonist Peter Brötzmann. Watkins has numerous releases of recorded material published on a variety of local and international record labels such as Circle, 20 City, Claudia, Mystery Sea, CMR, Absurd and Scarcelight. Watkins has a Doctoral Degree in Fine Arts, and lecturers at AUT in the Colab department teaching experimental electronics, installation, sound and moving image.