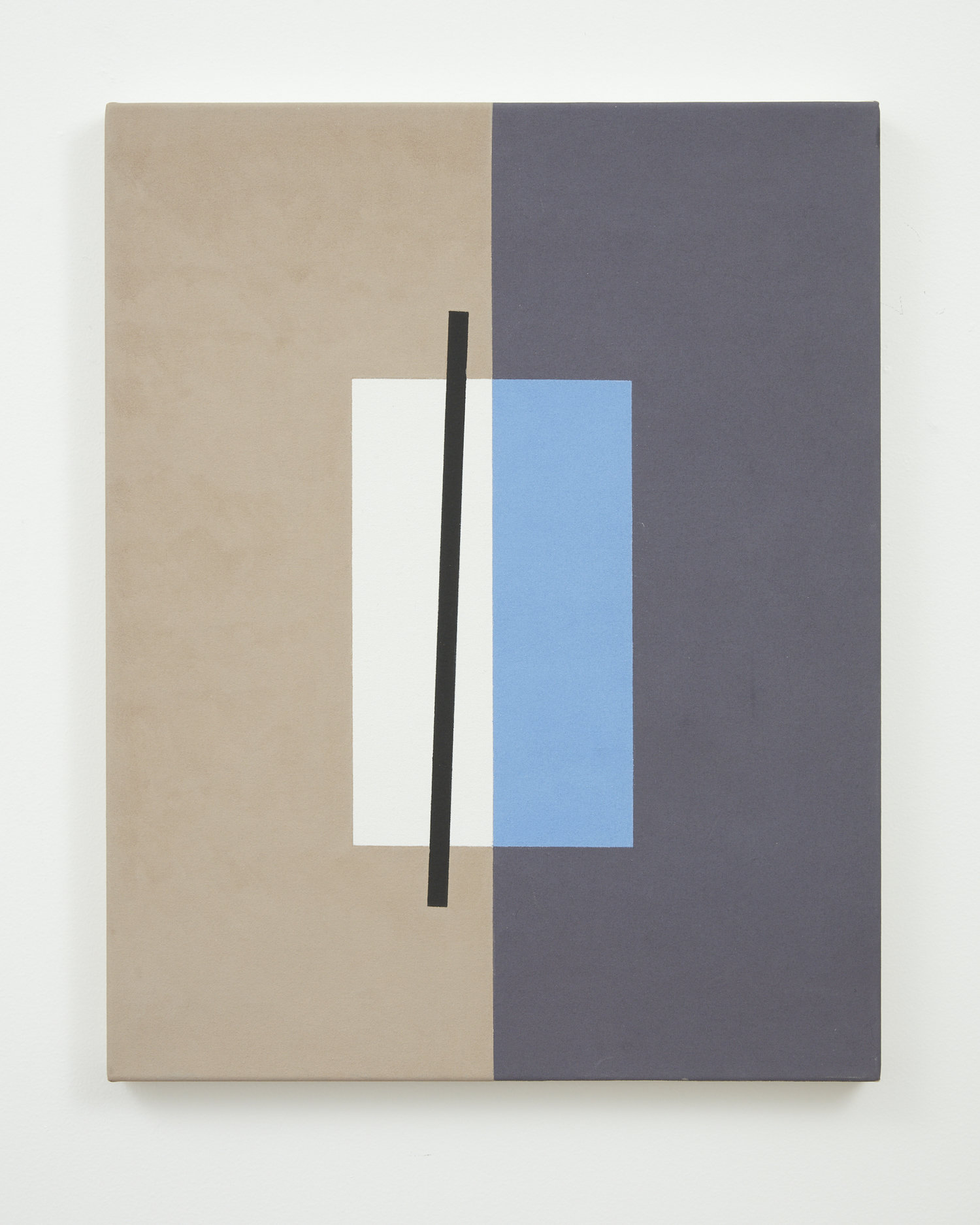 10 – 12
Gordon Walters, Untitled, 1991
acrylic on canvas
courtesy of Starkwhite and the Walters Estate

In partnership with the Walters Estate, Starkwhite will present pioneer abstract artist Gordon Walters at the Auckland Art Fair from 23 – 27 May 2018 and at the gallery from 29 May to 16 June.

Gordon Walters (1919-1995) is best known for his paintings employing the koru, the curving bulb form from Maori moko and kowhaiwhai rafter patterns. He Mondrian-ised the koru, straightening and regimenting its scroll-like forms, taking it from organic to strictly geometric. The presentations will include a major koru painting along with other koru works on paper, but will focus more on Walters’ late-career geometric and transparency paintings.

Gordon Walters is a master of modernist abstraction. In early works, Walters’ created configurations in which often curvilinear forms seem to jostle against each other. However the later paintings offer a strict geometry and shapes that butt up against each other, powerfully claiming their place on the canvas, yet with a delicacy of vision achieved through careful chromatic and structural shifts.  In the 1970s and 80s Walters intensified the process by which his sources were rendered down into elemental forms. His later works lean towards tightly painted geometric abstraction, in which pure shape and untextured brushwork further Walters’ translation of natural form into a purely abstract language. There’s a terseness and refinement to the geometric works.  They’re limited in colour, relying on neutral tones paired with contrast for their power, yet the energy and richness remains thanks to the dynamic relationships the artist creates between forms.

Walters looked broadly for his influences, but his unique synthesis of local Indigenous and international art constantly returned to an investigation of the ways form might interact with space, or another form.  The progression of Walters’ abstraction over 50 years was further refined by his late-career transparency paintings, which explore the tension between interconnected and superimposed forms. In these works solid form is joined by or layered with a coloured repetition of itself, the inherent qualities of acrylic paint offering a opacity and fluidity that allow form to self-dissolve, and interlock. In much the same way that the koru paintings offered an illusion of perpetually dissolving figure into ground, the overlaid blocks of colour both self-metabolise and create new distinct shapes through the sense of oscillation of form and space. The illusionary space created is what Laurence Simmons calls “a conceptual jam of sheer undecidability.”

Aside from Australia, where his work has been seen in Headlands: thinking through New Zealand Art at Sydney’s Museum of Contemporary Art (1992) and the 5th Asia Pacific Triennial at the Queensland Art Gallery and Gallery of Modern Art (2006-2007), Gordon Walters’ work has not found its way onto the international stage. This provided an opportunity for an important initiative by Starkwhite and the Walters Estate – to stage a solo exhibition of his paintings at Art Basel Hong Kong (one of the world’s greatest art fairs) in 2015, where it was seen by international curators, exhibition makers and influential collectors. Starkwhite also presented Walters again at Art Basel Hong Kong in 2016, along with Arnold Manaaki Wilson and Fiona Pardington. These presentations represent a small step towards granting Walters the international recognition he so richly deserves.