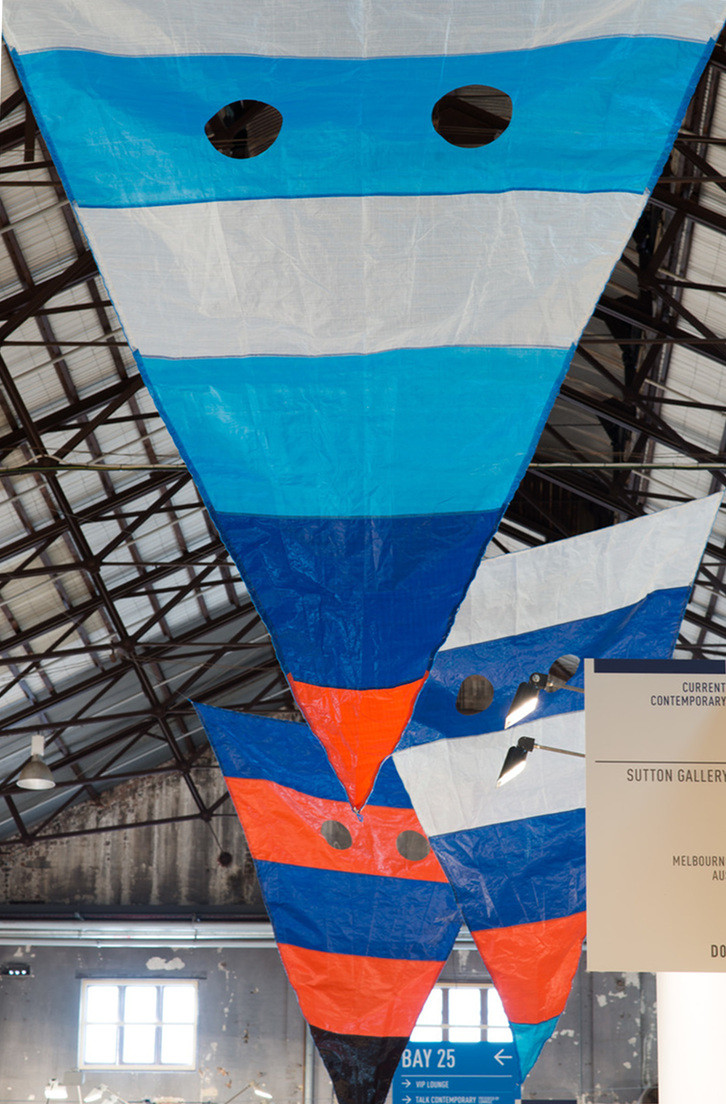 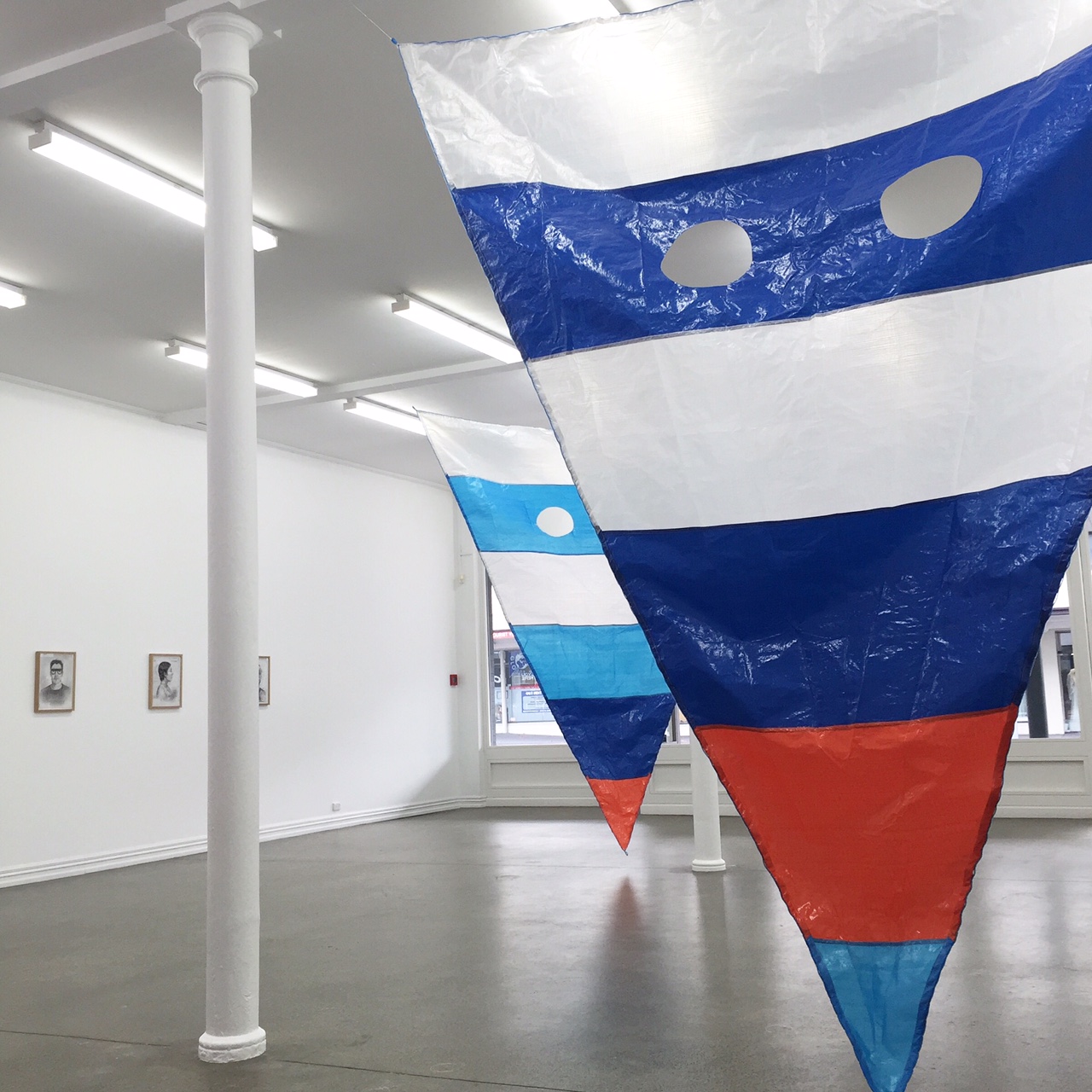 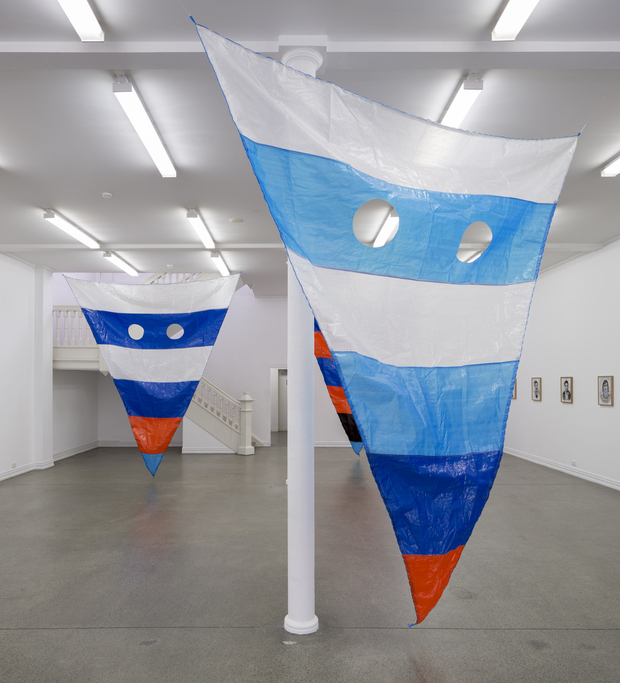 Starkwhite will present an artist’s project by Laith McGregor (AUS) in Installation Contemporary, which has been curated by Ivan Muniz Reed, Glenn Barkley and Holly Williams for this year’s edition of the fair.

McGregor will float three large tarpaulins over an aisle in the main hall at Carriageworks – works he made during a twelve-month stay in Bali, where he has been exploring the conceptual foundations of portraiture, from primitive mark making through to contemporary practice, and the discourses surrounding it. The tarpaulins are shaped like the sails of traditional Balinese fishing boats, with McGregor’s signature pair of circular holes. They were first exhibited in his recent Starkwhite exhibition Somewhere Anywhere.

Laith McGregor has been represented in many solo and group shows in Australia and overseas. Recent exhibitions include: The Red Queen, Museum of Old and New (MONA), Tasmania, curated by Nicole Durling (2014); Art & Australia Collection 2003-2013, a travelling exhibition; Conquest of Space, University of NSW Gallery, curated by Andrew Frost (2014); and Melbourne Now, National Gallery of Victoria (2013-2014).