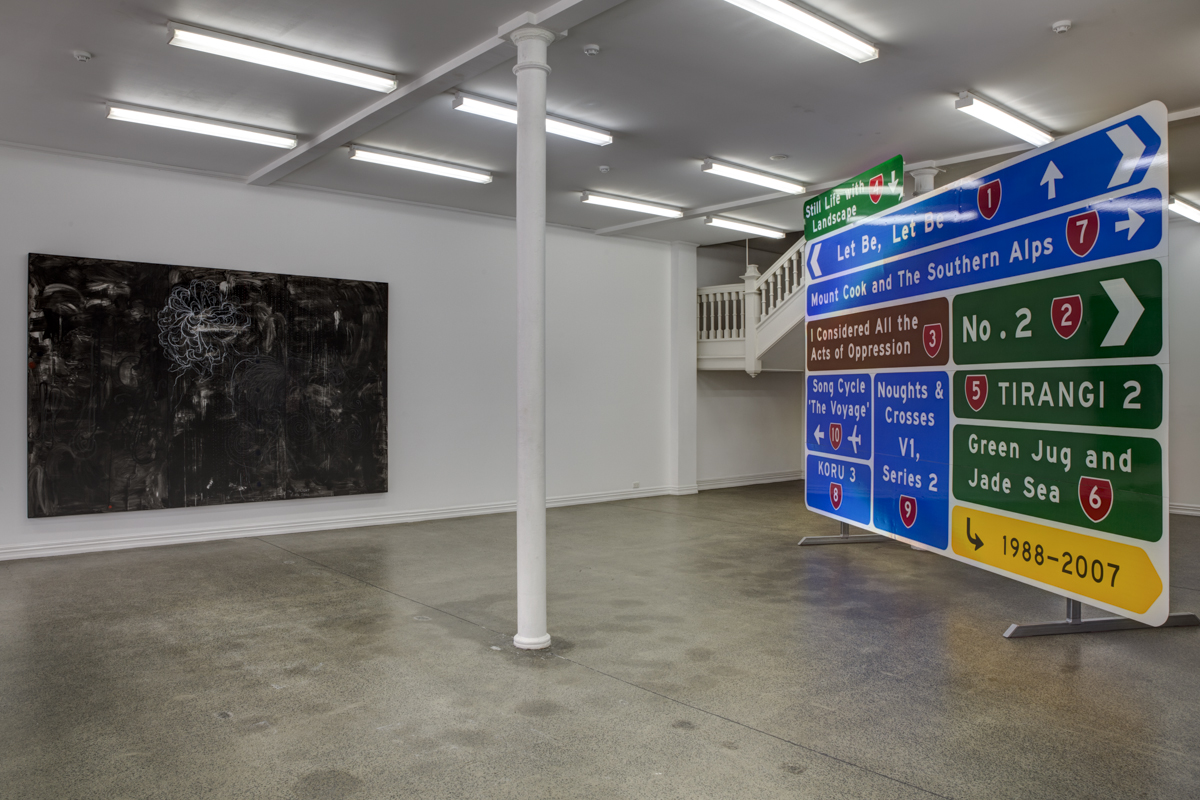 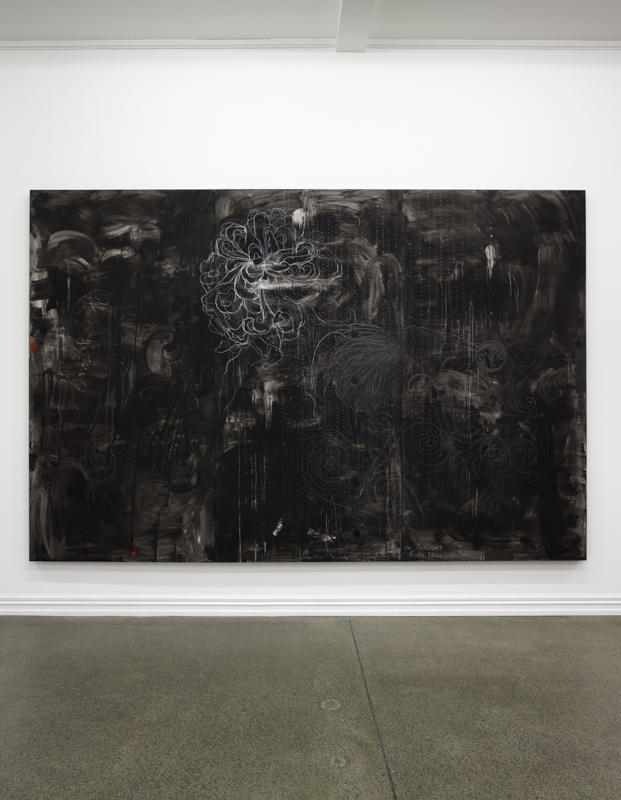 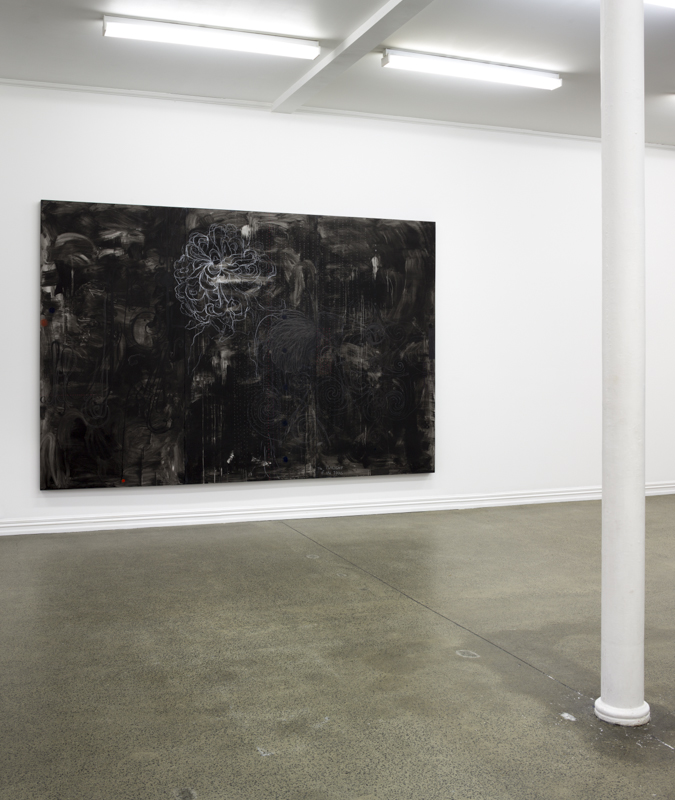 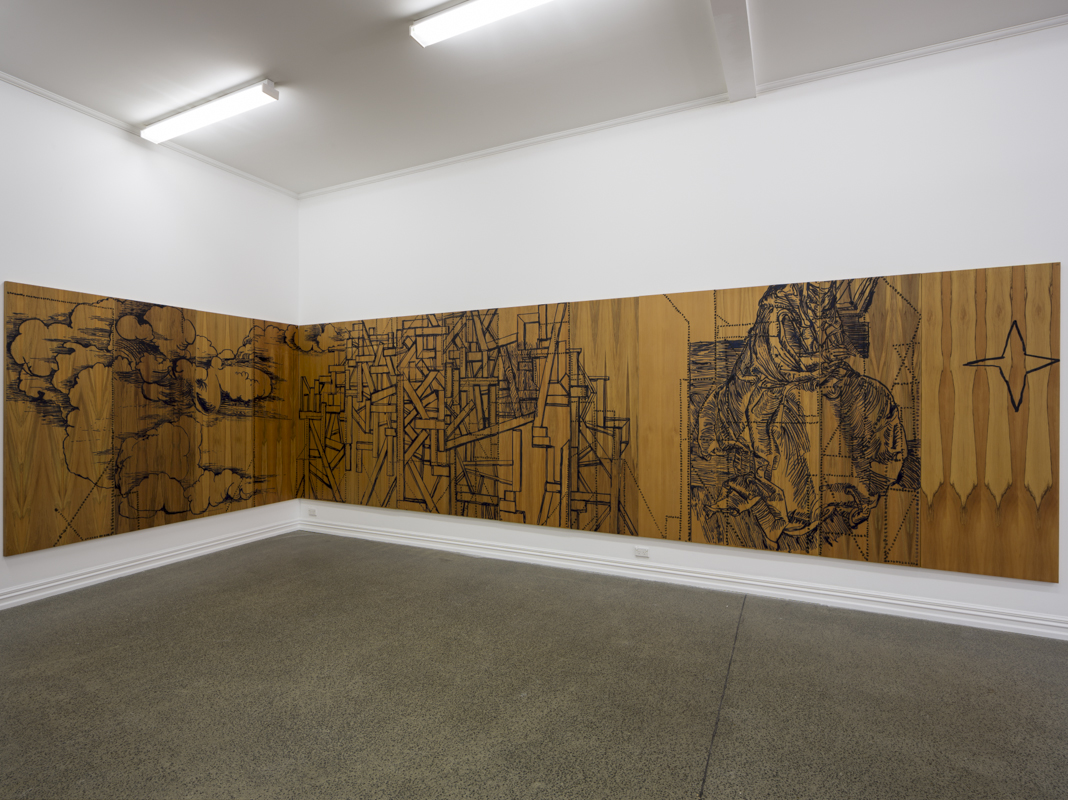 There’s no such place as home. And we live there, you and me.

Philip Hoare, The Sea Inside

Starkwhite is pleased to present Vagabondage by John Reynolds from 22 August to 21 September 2013.

Reynolds regularly combines overblown scale – the public address of billboards – with an arcane personal language, fugitive drawing style and obscure intentions. While the effect can be rich and ecstatic, materially the work can also be basic; it owes something to arte povera. Signs like crosses, scaffolds, veils, webs, knots, and road signs declare a fascination with pointers and a love of complexity. Echoes of the local play out against a signature toying with language and fragments of text.

Vagabondage locates key ley lines within this broader, shifting territory. It begins with Twilight of the Idols (1992), Hope Street(1997) and WORKS END (2008), and proceeds as a changing parade of major and minor moments in a practice that encompasses painting, drawing, photography, sculpture, performance and landscape works.

Reynolds is also the recipient of a Laureate Award from the Arts Foundation of New Zealand, a member of the Govett-Brewster Art Gallery Foundation and the subject of Questions for Mr Reynolds, a TV documentary produced by Shirley Horrocks.