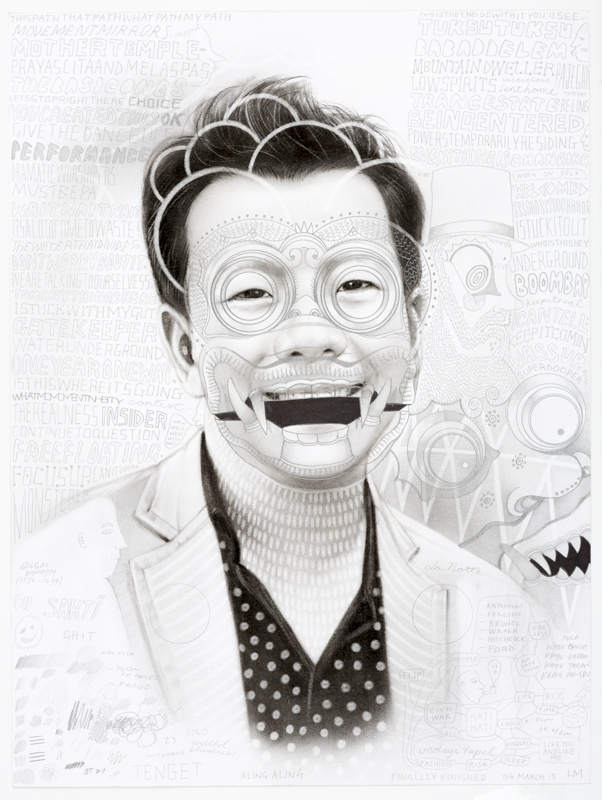 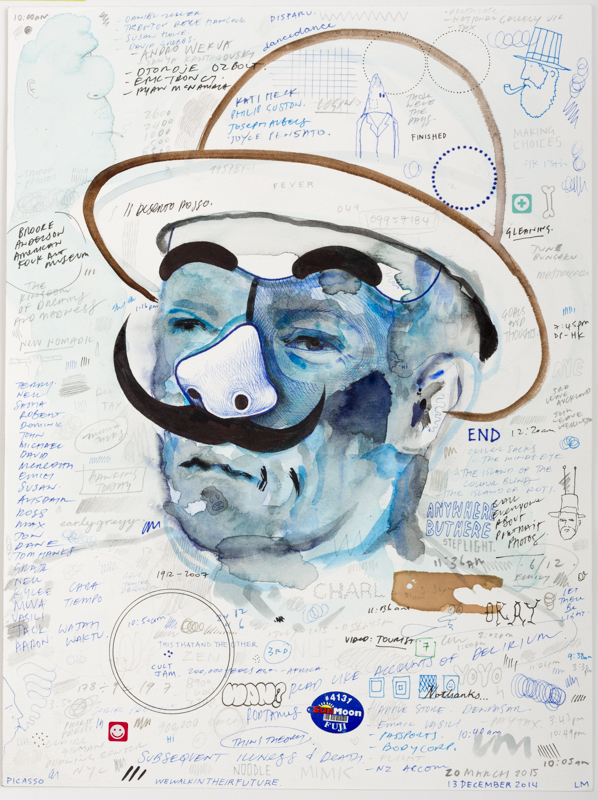 Self-portraits and portraits of friends and family have been a re-occurring feature of Laith McGregor’s work, but he puts his own distinctive spin on portraiture. As writer Helen Hughes says in an article published in ARTAND: “What begins as facial studies slowly morph into strangely hypnotic representations as McGregor alters the scale of certain features and allegorically combines his photographic realism with fragments of history, fiction, popular culture and other mythologies.”

During his recent travels in South East Asia, including a twelve-month stay in Bali, McGregor has been exploring the conceptual foundations of portraiture, from primitive mark making through to contemporary practice, and the discourses surrounding it. This has enabled him to revisit and rethink his practice while being immersed in various cultural communities.

McGregor says: “The body of work presented in this exhibition is an outcome of my ongoing research to understand the complexity of the human experience and my place within it, in particular investigating the relationship of various interpretations of portraiture as a common vernacular, through the use of masks, deities and notion of the self.”

With this new body of work and cast of other worldly characters McGregor creates his own mythology to explore the nature of humanity.

“Myths are always explanatory, they are the basis of understanding the relationship between people and their natural environment, they reflect the local conditions, climate, celestial phenomena, seasonal variations, the birth-death-rebirth experience and the need for humanity to establish a working relationship with these humanities.” J C Cooper

Laith McGregor has been represented in many solo and group shows in Australia and overseas. Recent exhibitions include: The Red Queen, Museum of Old and New (MONA), Tasmania, curated by Nicole Durling (2014); Art & Australia Collection 2003-2013, a travelling exhibition; Conquest of Space, University of NSW Gallery, curated by Andrew Frost (2014); and Melbourne Now, National Gallery of Victoria (2013-2014).

Please contact the gallery for further information and images: