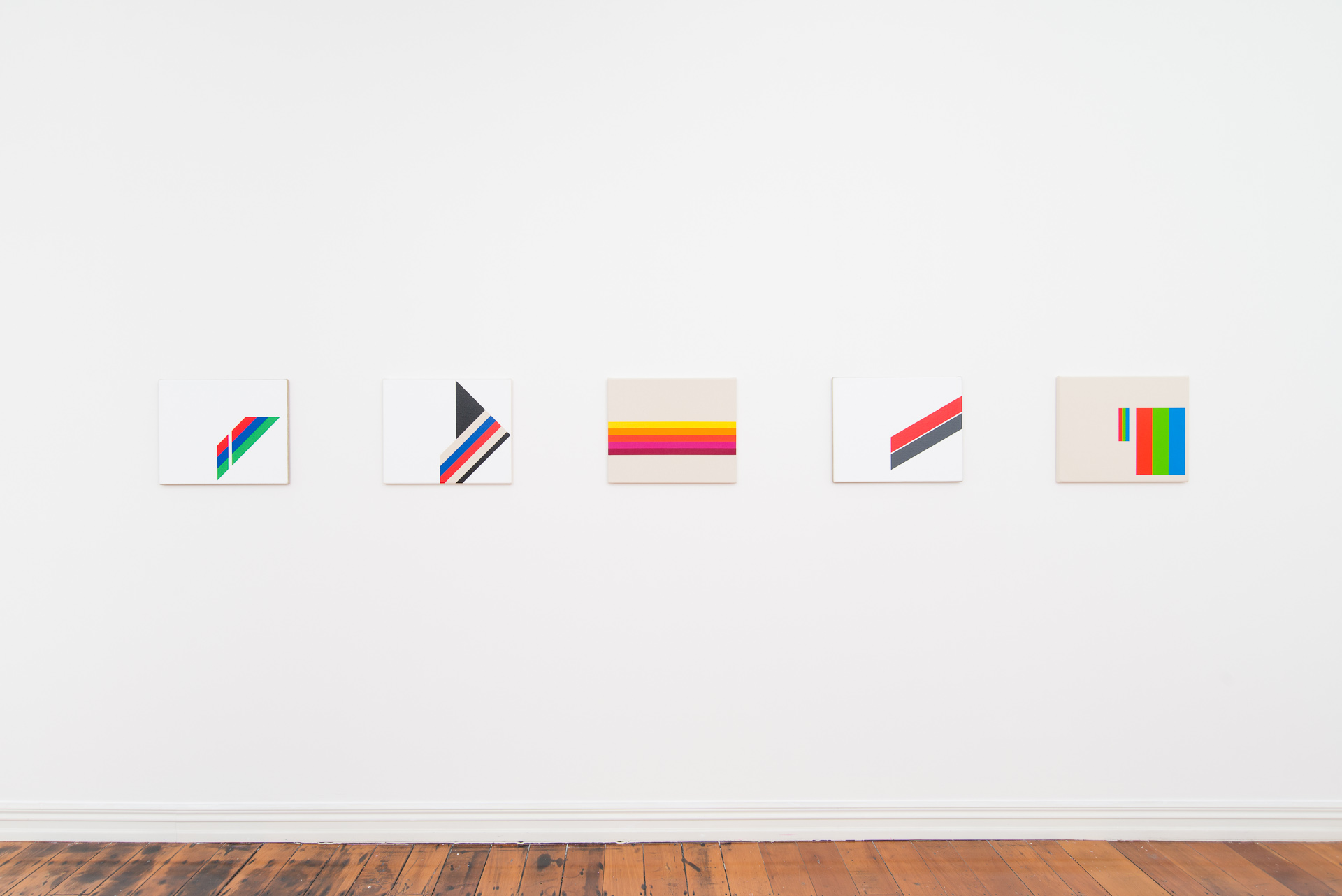 Starkwhite presents a suite of recent paintings by Matt Henry from 19 September to 14 October. Previously shown at Goya Curtain in Tokyo, these works appropriate specific graphic motifs found in the artist’s collection of video and audio media.

Using the anachronistic technology of painting Henry extracts memories from these obsolete formats in a way that parallels the often obsessive and reductive nature of Hi-Fi.

Drawing upon his library as source material he proposes these paintings as models that inform his experience of colour field painting, and as objects and memories that challenge modernist doctrines attached to non-objective abstraction.

Matt Henry (born 1973) lives and works in Auckland, New Zealand. Playing upon the contextual openness of reductive abstraction, Henry employs painting as a mimetic tool that often exploits formal intersections between the languages of painting and design. He received his MFA from Melbourne’s RMIT university in 2008 and his work is held in public and private collections including the Chartwell Collection, Auckland Art Gallery, Toi o Tāmaki; Wallace Arts Trust; New Zealand Ministry of Foreign Affairs & Trade; Elevation Capital Art Collection and the Dunedin Public Art Gallery.