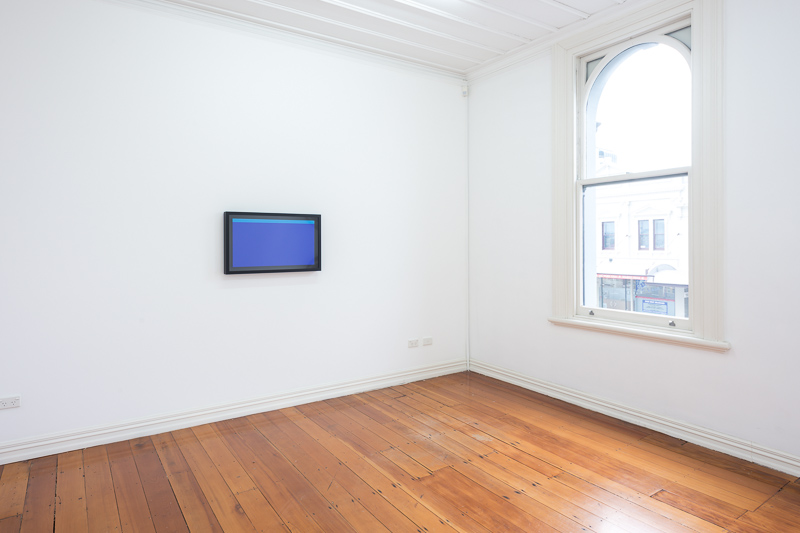 Starkwhite is pleased to present High Fidelity by Matt Henry from 16 November to 14 December 2013.

In his first solo show at Starkwhite, Henry assembled a small group of paintings and sculptures reflecting his interest in art, design and consumerism. Installed in two galleries, each the mirror image of the other, the exhibition played on the notion of the doppelgänger, exploring the formal similarities and interconnectedness of art and design through the minimalist aesthetic.

Utilizing the same gallery space, Henry presents a new suite of paintings that engage with the legacy of minimalism and design. Concentrating on the picture frame as an integral element in the ‘design’ of his paintings, the works in High Fidelity focus on the formal and mimetic possibilities of the frame, rather than the frame as embellishment or protection.

Henry’s minimalist-like paintings characteristically subvert conventions of display and construction in order to play upon references to non-objective art and minimalist product design. Willingly inviting uncertainty to the reading or perception of the work, Henry describes his practise as an “incongruous mix of the languages of 20th century abstraction, conceptualism and 21st century design.”

Tracing the process of commodification and semiotic re-coding, the works play upon the contextual openness of reductive or minimal art. Exploring the origins, histories and contradictions imbedded in the minimalist idiom, Henry’s investigation endeavours to decode and record the vagaries of these forms and their shifting social/political value.