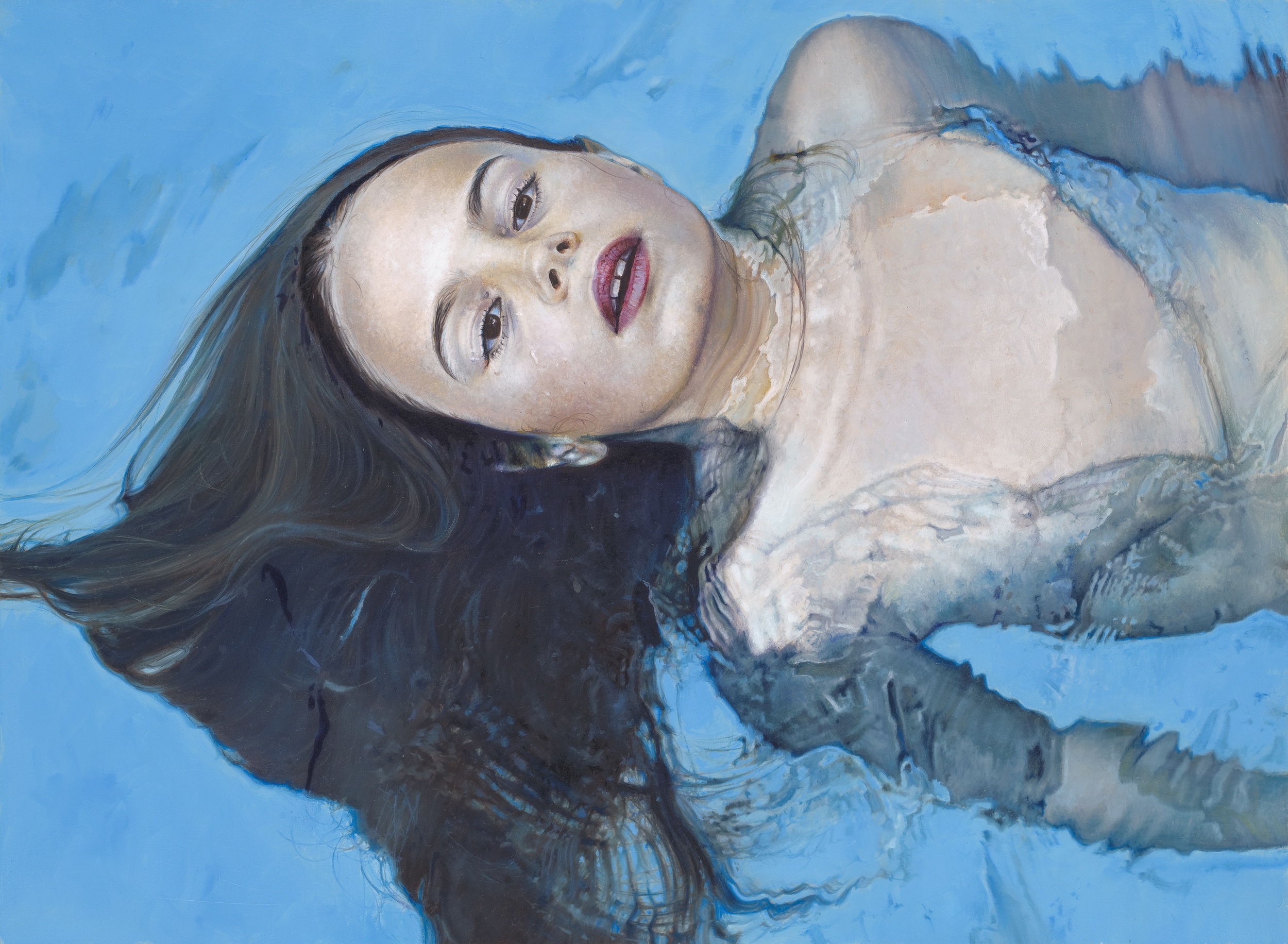 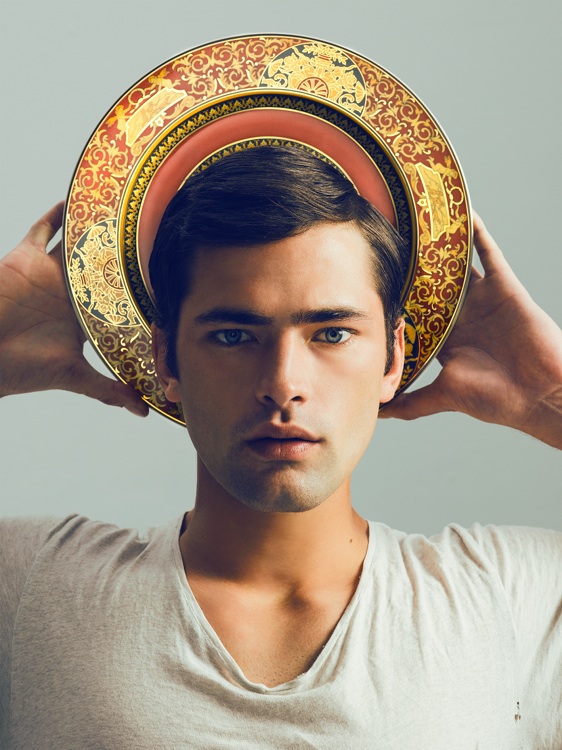 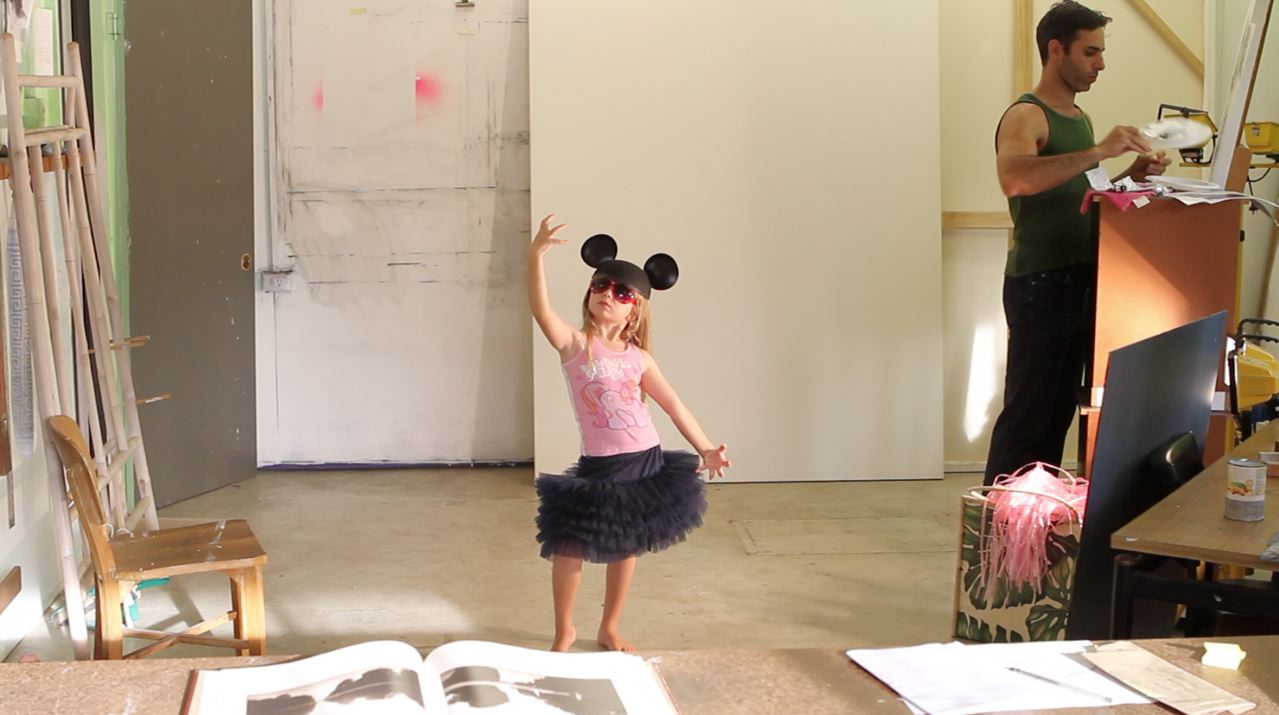 Michael Zavros is an artist who paints beautiful things beautifully. His subjects include European palaces, gardens and follies; up-market men’s fashion, flowers, luxury cars and jewellery; Lipizzaner dressage horses and Japanese pedigree onagadori chickens. It is often said that Zavros’ subject is beauty itself, but it is more generally the symbols of status. His canon of beauty is aspirational – keyed to notions of privilege, tradition and the faux-aristocratic taste of luxury brands.

Increasingly the artist is turning his gaze inward, to home and self, making work that engages with beauty and the culture of narcissism. Much has been written about the rise of narcissism, particularly amongst millennials, the generation born in 1980s and 1990s and dubbed “Generation Me”. Compared to Gen-Exers and baby boomers at the same age, millennials are more likely to value money, image and fame and they seek constant infusions of approval and admiration through Facebook and other social networking sites like Twitter and Instagram. The ‘selfie’ is the perfect expression of this preoccupation with self – millennials can reverse the camera on the phone, gaze at their own visage and then upload it to a ready-made audience to gaze upon it as well.

Zavros is a poster boy for a life perfected. He lives an outwardly perfect life, perfectly groomed for lifestyle magazines and shared through social media (he has close to 80,000 followers on Instagram). And the Zavros lifestyle is depicted (and documented) in his art. He paints what he has become.

This sets the scene for an edgy juxtaposition of two portraits in his LA show – one of a beautifully buffed and tanned artist gazing at his reflection in the pool (The Sunbather). It is a painting that is at once Californian and Australian, that pays homage to both Australian photographer Max Dupain and painter David Hockney while it riffs on the legend of Narcissus, in particular Caravaggio’s painting of the subject. Zavros depicts himself on two scales; one intimate and one decidedly public, work that disrupts the selfie as the dominant form.

The other is a strikingly beautiful portrait of his oldest child, Phoebe (now age 10) as The Mermaid. Phoebe is the subject of an ongoing series, including the prize-winning painting Phoebe is Dead/McQueen. The relationship between artist and daughter is highlighted too in the artist’s first film work We dance in the studio (to that shit on the radio), which captures a 4 year old Phoebe wearing dark glasses, a tutu and mouseketeer ears, dancing to Lady Gaga’s Paparazzi while the artist paints. “She’s my muse,” says Zavros. “She’s a fantastic model. She turns it on for the camera, and for me, in a way that’s compelling and confronting. Of all my children, she feels the most like me outside of me. My Phoebe works are all self-portraits.”

Zavros’ interest in beauty, fashion and luxury can also be seen in other works in the exhibition, like his Self portrait as artist with Sean O’Pry / Versace, which cast one of the worlds most successful models as a Renaissance icon. Sean O’Pry is highly sought after for print and catwalk. He is the star of Taylor Swift’s film clip Blank Space with 1,316,829,517 YouTube views at the time of writing. His beauty has become iconic and bankable – he is the patron saint of contemporary culture’s obsession with youth and beauty. In Zavros’ photograph O’Pry holds aloft his own makeshift halo, a gilded Versace plate, while he is formally beatified by the adoring gaze of the viewer.

The works in Zavros’ LA exhibition represent a practice that curator/writer Robert Leonard, says can be viewed as part of a post-critical turn in Australian art.

“We have inherited the idea that artists should be critical; that they should reject received ideas, shock the bourgeoisie, rock the boat. And yet these days, some prominent art seems to be on an entirely different track, preferring instead to be appealing, entertaining, and affirmative.

“Jeff Koons, Damien Hirst and Takashi Murakami exemplify the change. They produce spectacular, crowd-pleasing, high concept art. Their works involve high-production values, necessitate armies of fabricators and are possible only because they have access budgets, methods and platforms more typically associated with the entertainment industry.

“The post-critical turn increasingly informs the conditions under which artists work, changing the terns of reference, changing expectations. Michael Zavros not only feeds this post-critical moment, he exemplifies it.

“Zavros’ project encompasses references to his life – his love of horses and chickens, his children, his possessions and pleasures. But more than this, it encompasses his life itself. While some rail against the false consciousness created by advertising, pointing to the gulf between its representations and life as lived, Zavros’ real life proves them wrong by catching up with his fantasy. Zavros is increasingly able to enjoy the lifestyle he depicts, to become what he paints – life imitates art. He is his own consumate artwork. The handsome, well-groomed and well-heeled artist has become a staple of stage-managed personality profiles, best-dressed lists and VIP rooms. This charming man enjoys a symbiotic relationship with lifestyle magazines. The admiration is mutual: the magazines affirm the artist that affirms them. Zavros’ media visibility is currently so high (in Australia) that we cannot see the work ‘in itself’; we must read it in relation to the life (albeit totally mediated by the media). Thus for all its appeal to old school virtues of fine draftsmanship and patient rendering, Zavros’ work could also belong to a lineage of conceptual-art projects that explore the collapse of art into life.

“In the consistency, coherency and cunning of his post-criticality, Michael Zavros cuts an unusual figure. Other artists are rated, curated and collected. Other artists are profiled in the glossies, are well connected and live the good life. Other artists nag the boundaries between life and art. But Zavros has tied these thoughts together and granted them a force, clarity and self-consciousness of a project – a paradigm.”

For further information and high-res images please contact the gallery.