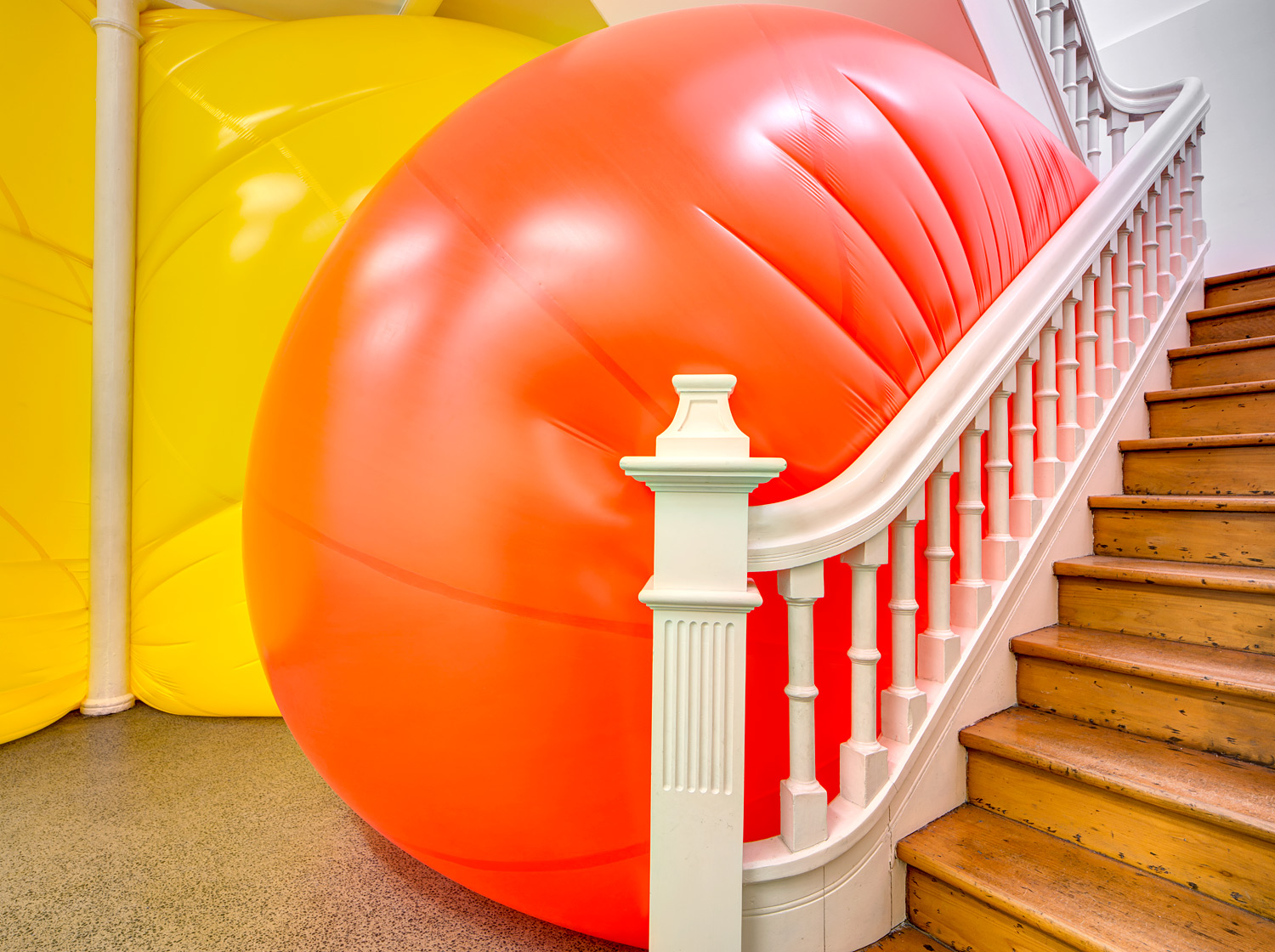 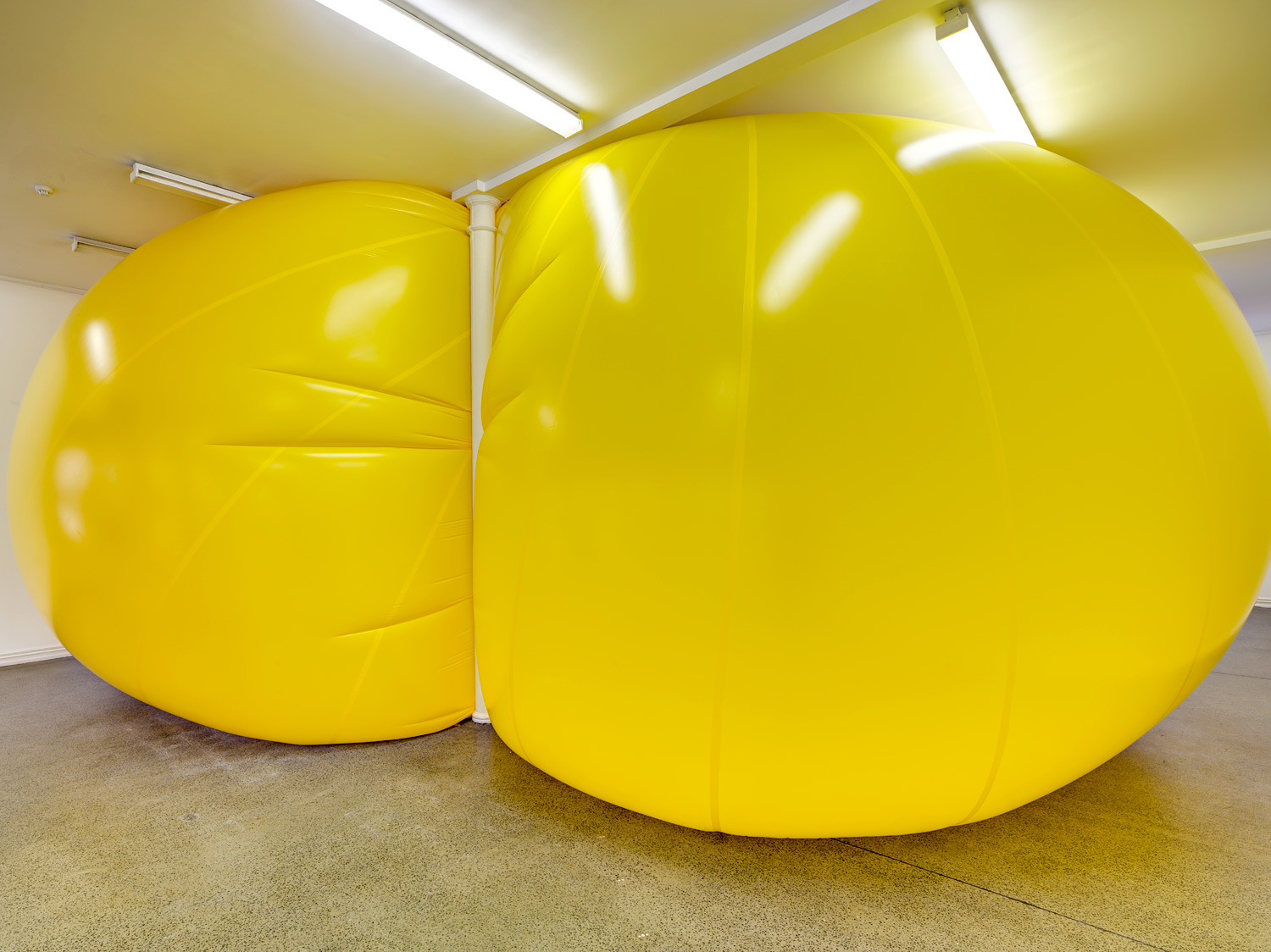 In Huggong, Seung Yul Oh presents two oversize inflatable sculptures squeezed into Starkwhite’s downstairs gallery. Compressed between floor and ceiling, the balloon-shaped sculptures press up against walls, bulge around columns and crowd into a corner space under a staircase. Composed in vibrant orange and yellow, the glossy surface of the works reflect pastel washes of colour into nooks and crannies created by the swelling forms.

Huggong follows a recent performance at the Auckland Art Gallery in Made Active: The Chartwell Exhibition where visitors were invited to take up positions throughout the gallery and blow up balloons until they exploded. Footage from the performance has been incorporated into his ongoing video work The ability to blow themselves up, which will be screened at Starkwhite for the duration of the exhibition.

Born in Seoul, Korea in 1981, Seung Yul Oh moved to New Zealand 15 years ago and completed an MFA at Auckland University’s Elam School of Fine Arts. He now divides his time between Auckland and Seoul.

Oh won the Goldwater Art Award in 2003 and the Waikato National Art Award in 2005. Last year he was invited by Choi Jeong Hwa to take up a residency at the artist-run space ggool in Seoul and he was the recipient of the 2011 Harriet Friedlander New York Residency Award administered by the Arts Foundation of New Zealand.