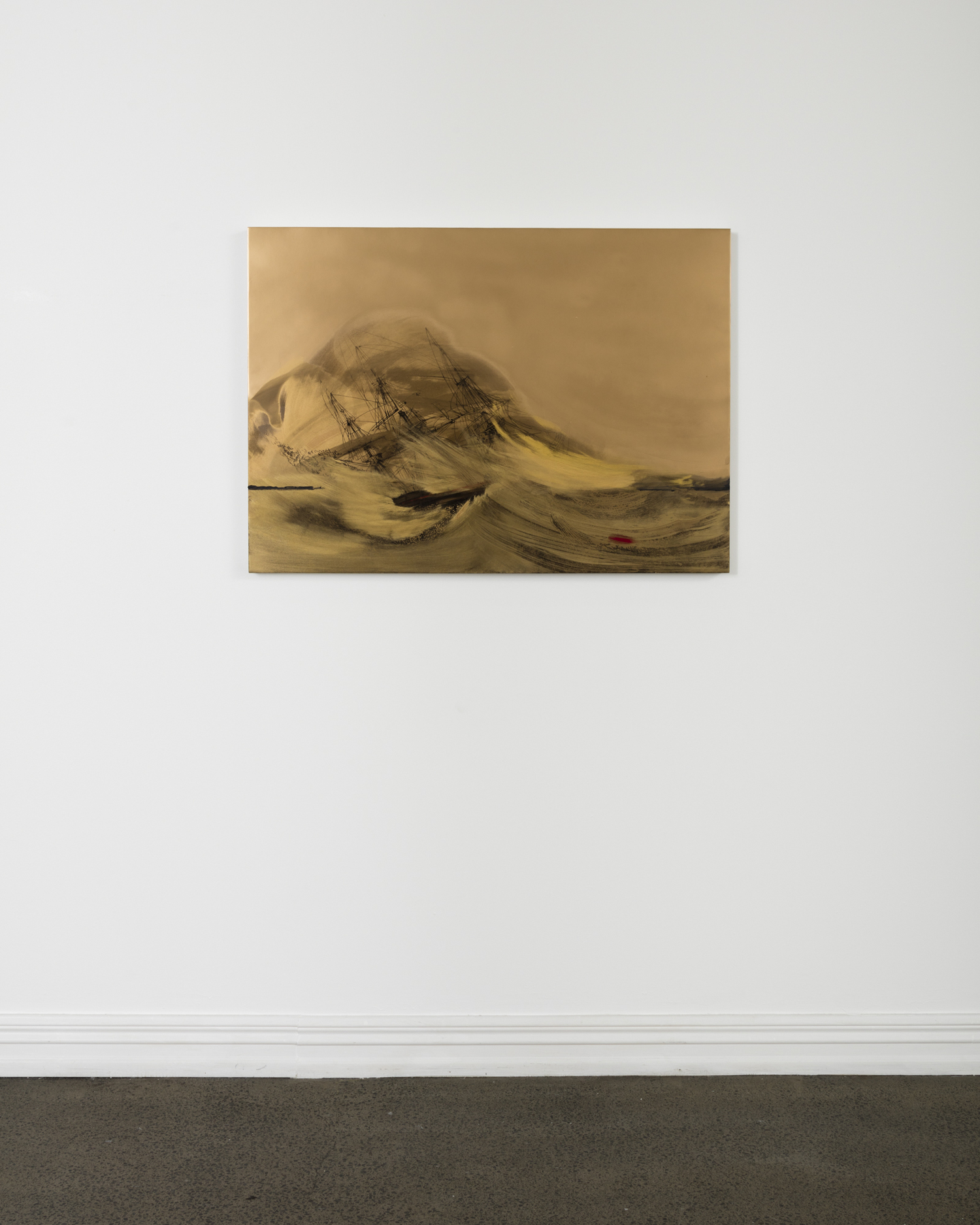 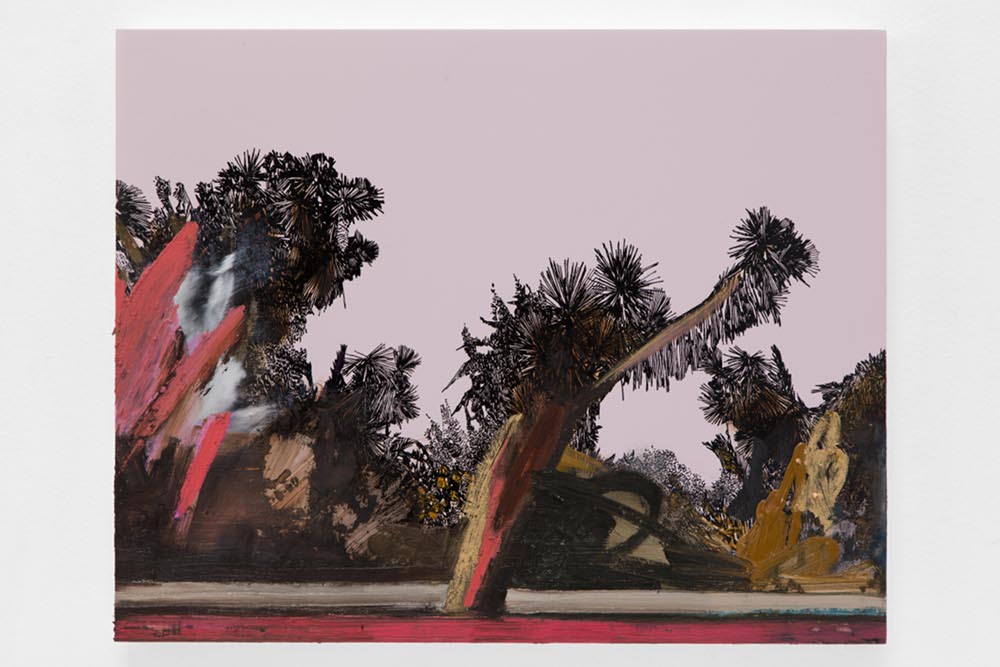 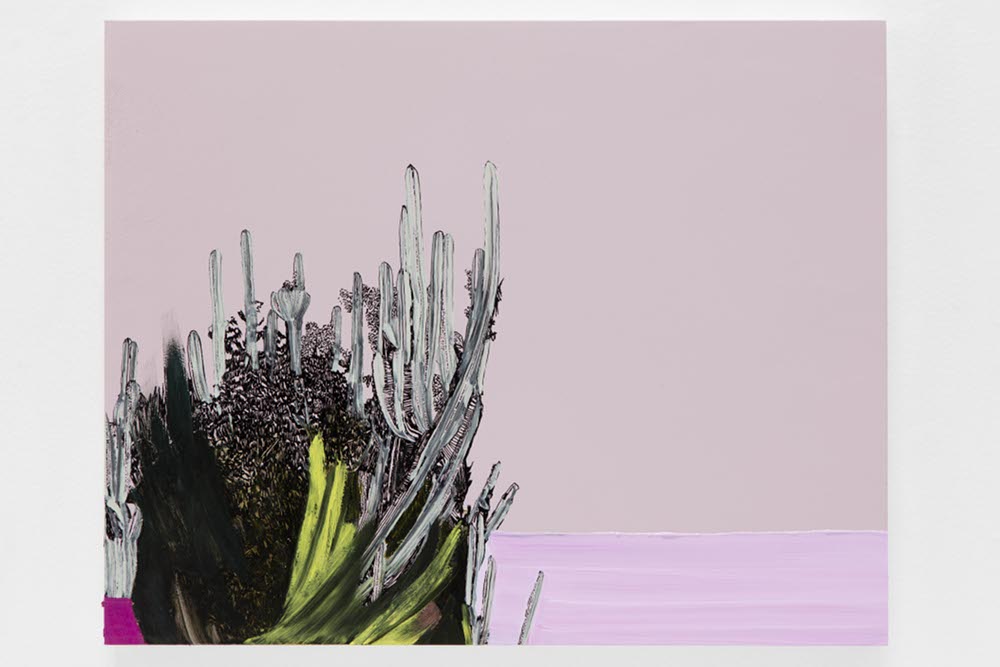 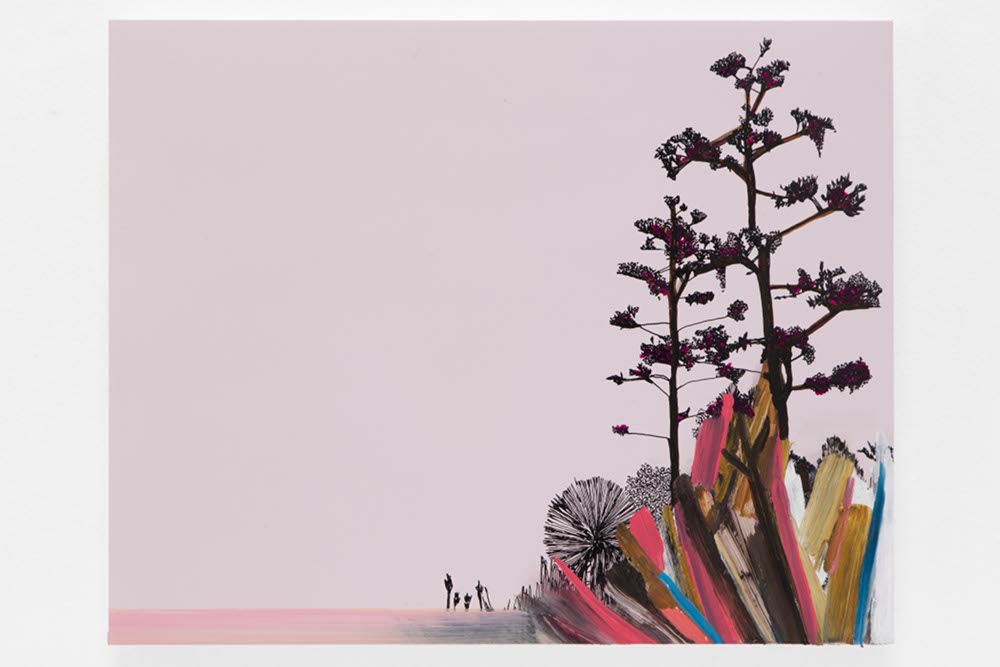 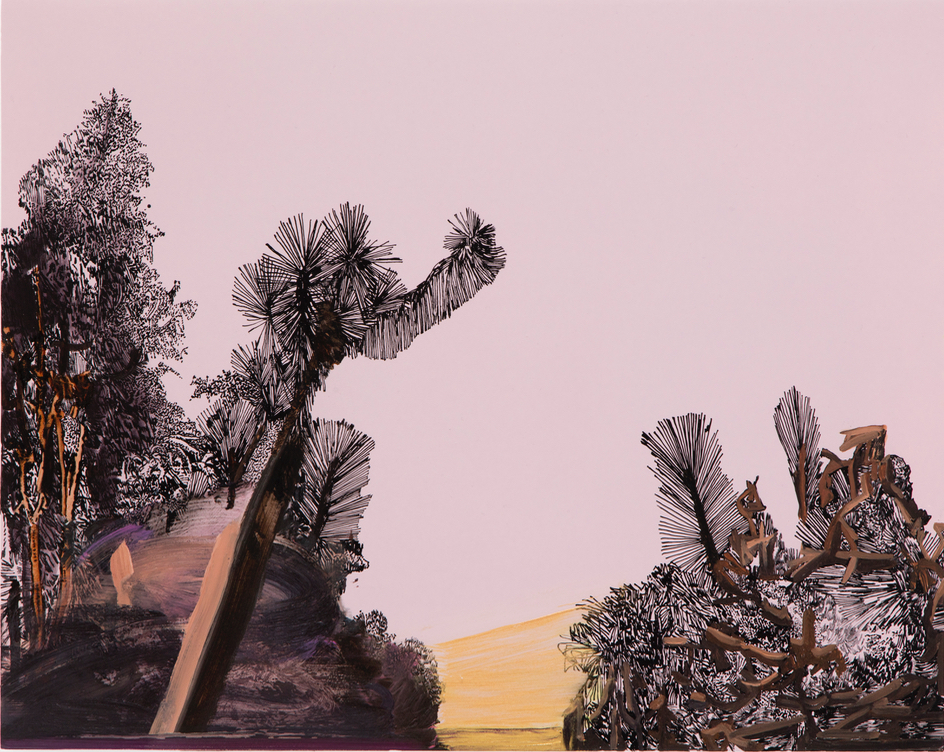 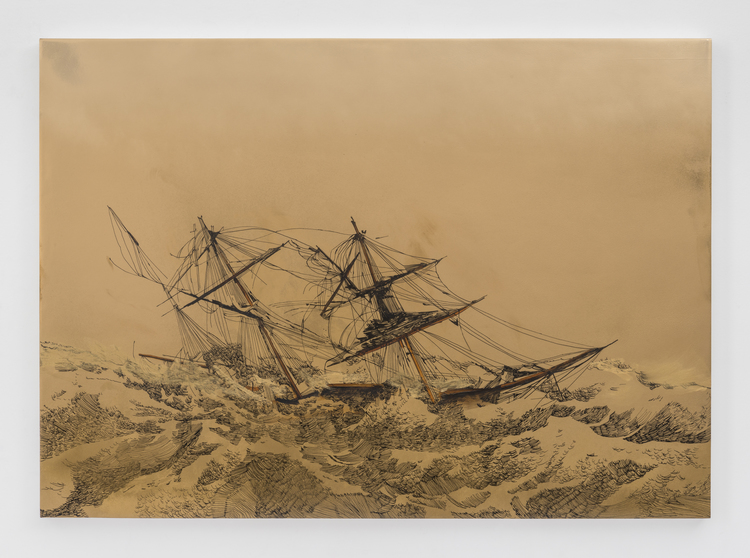 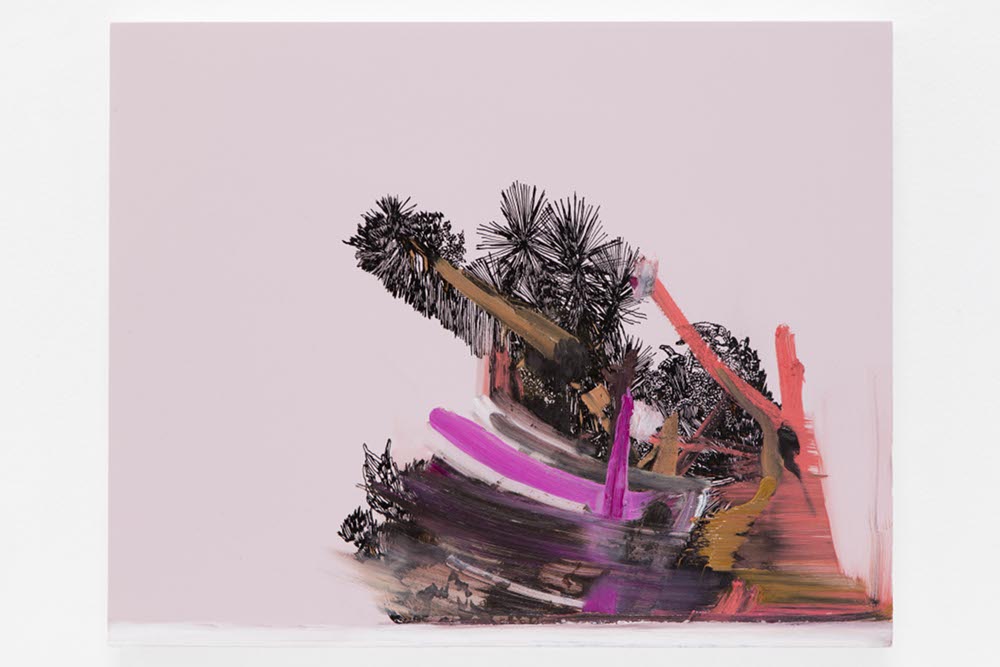 Starkwhite is delighted to present Lost and Found, a solo exhibition of new landscape paintings by Whitney Bedford, from 15 March to 14 April 2016.

Over the last several years Bedford has developed a deeply personal iconography. Her paintings, which she often describes as votives, are visual evocations of potent emotional and psychological states. Most recently she has been exploring the idea of the Sublime, particularly as described by Edmund Burke in his 1757 treatise on aesthetics: A Philosophical Enquiry into the Origin of Our Ideas of the Sublime and the Beautiful. Bedford’s paintings straddle the tension between the sublime and the beautiful, qualities that Burke describes as complimentary. “Sublime objects are vast in their dimensions, beautiful ones comparatively small: beauty should be smooth and polished; the great [sublime], rugged and negligent…” In Bedford’s paintings, these oppositional forces appear in the volatile interaction between her precise, almost x-ray ink drawings on canvas and her tempestuous, forceful application of oil paint to their compositions.

Bedford’s exhibition will include a series of uniformly scaled paintings addressing the desert landscapes of her adopted environment. These images of a tropical desert form an exploration of the sublime, of Eden, of the origins of awe in nature, that hints at the cinematic. They embody contradictions of dark and light, of the real and imagined, becoming dangerous and serene. She also presents two shipwreck paintings rendered with her exemplary draftsmanship and painterly exuberance, where ink drawing interacts with and is subsumed by oil paint to form mercurial compositions.