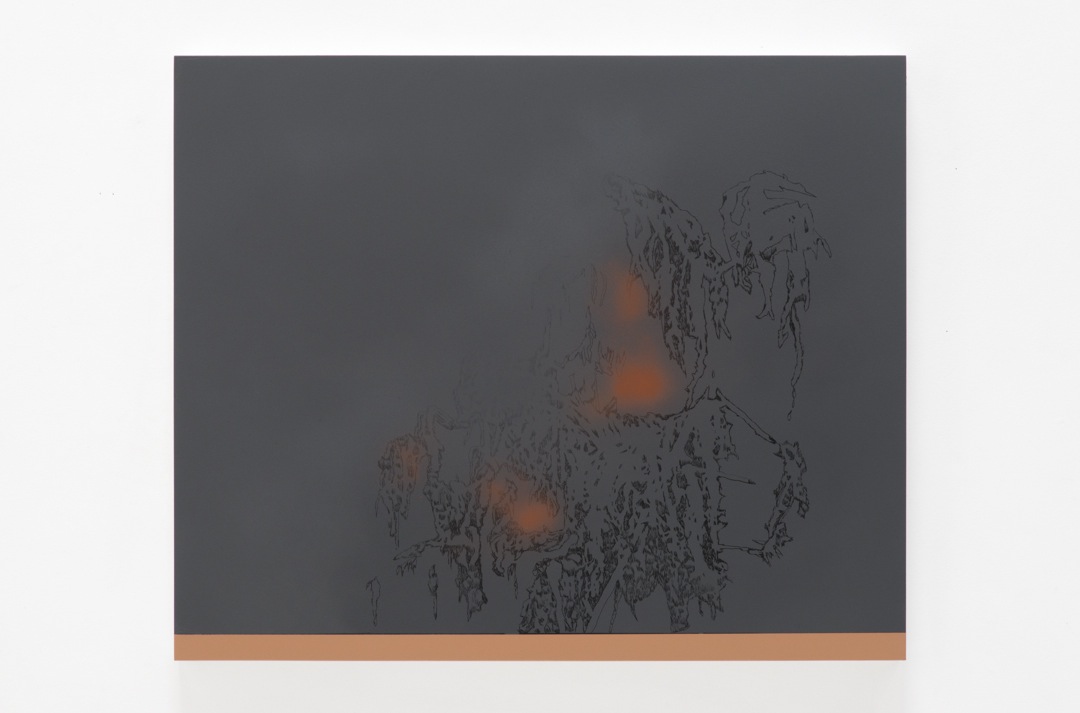 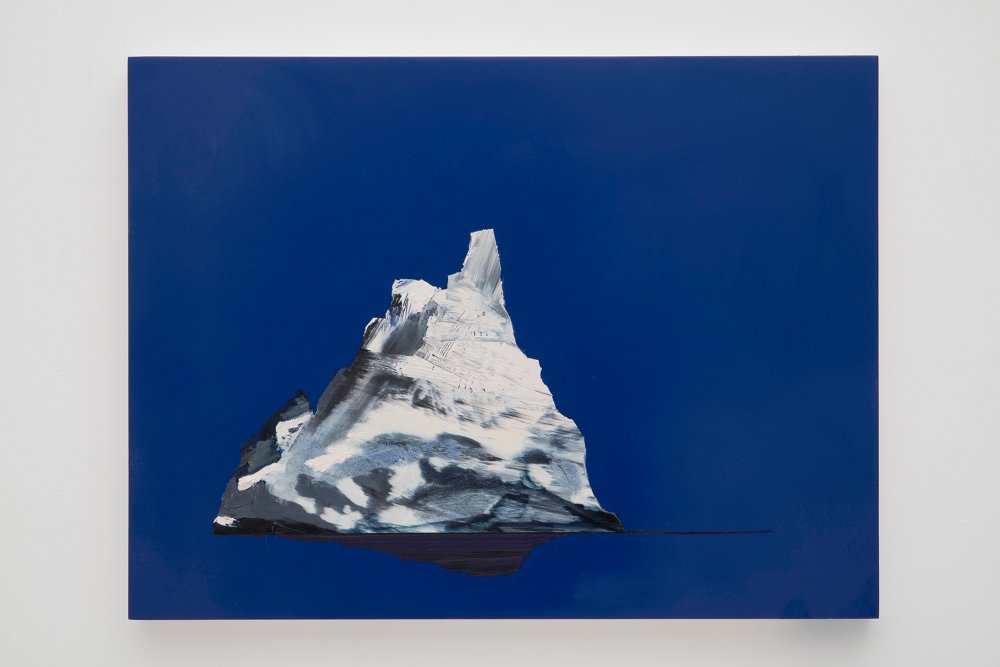 Starkwhite is pleased to present This for That, a solo exhibition by Los Angeles-based artist Whitney Bedford from 9 April to 4 May 2013.

There is a mercurial quality to Whitney Bedford’s work. Her paintings have a compositional turbulence and a distinctly ominous air – their listing ships, heavy seas, detached icebergs, temperamental landscapes and low horizons stirring up notions of the sublime – yet on closer look another language begins to emerge, one altogether more eloquent. Drawing on Bedford’s architectural training, the works are first drafted in fluid, angular marks made with ink often lost in overpainting. Swiftly overlayed with an application of paint that is both beautiful and cruel as it actively creates and destroys, the gestural brushwork and dark ink offer crisp linearity with a capricious, smudgy chaser.

Presenting an overview of Bedford’s diverse painting practice, the show also features a new and previously unseen body of work – paintings of artist biographies that surround the artist and punctuate the broader art world. These works, of seemingly ubiquitous art biographies, in this instance Duchamp and Rothko, can be read on many levels; they highlight the power of the image, comment on the superficiality of the artworld and question the role of scholarly knowledge, this seemingly anachronistic concept in this media-driven dumbed-down age.

Whitney Bedford received her MFA at the University of California, Los Angeles in 2003. She was the winner of the 2001 UCLA Hammer Museum Drawing Biennale and received a Fulbright Graduate Fellowship from Hoschule der Kuenste, Berlin. Exhibitions include: Houdini: Art and Magic 1919-1949, The Jewish Museum, New York (2010); This is Killing Me at the Massachusetts Museum of Contemporary Art, North Adams (2009); X – Snow Falls in the Mountains, St Pauls St Gallery, Auckland University of Technology (2007); Step into Liquid, Museum of Contemporary Art Denver (2006); The Triumph of Painting, part 5 Which Reality? The Saatchi Gallery London (2005). Whitney Bedford has had solo exhibitions at Susan Vielmetter Los Angeles Projects, Los Angeles; Cherrydelosreyes Gallery, Los Angeles; D’Amelio Terras Gallery, New York; Art Concept, Paris and at Starkwhite, Auckland. This is her second solo exhibition at Starkwhite.