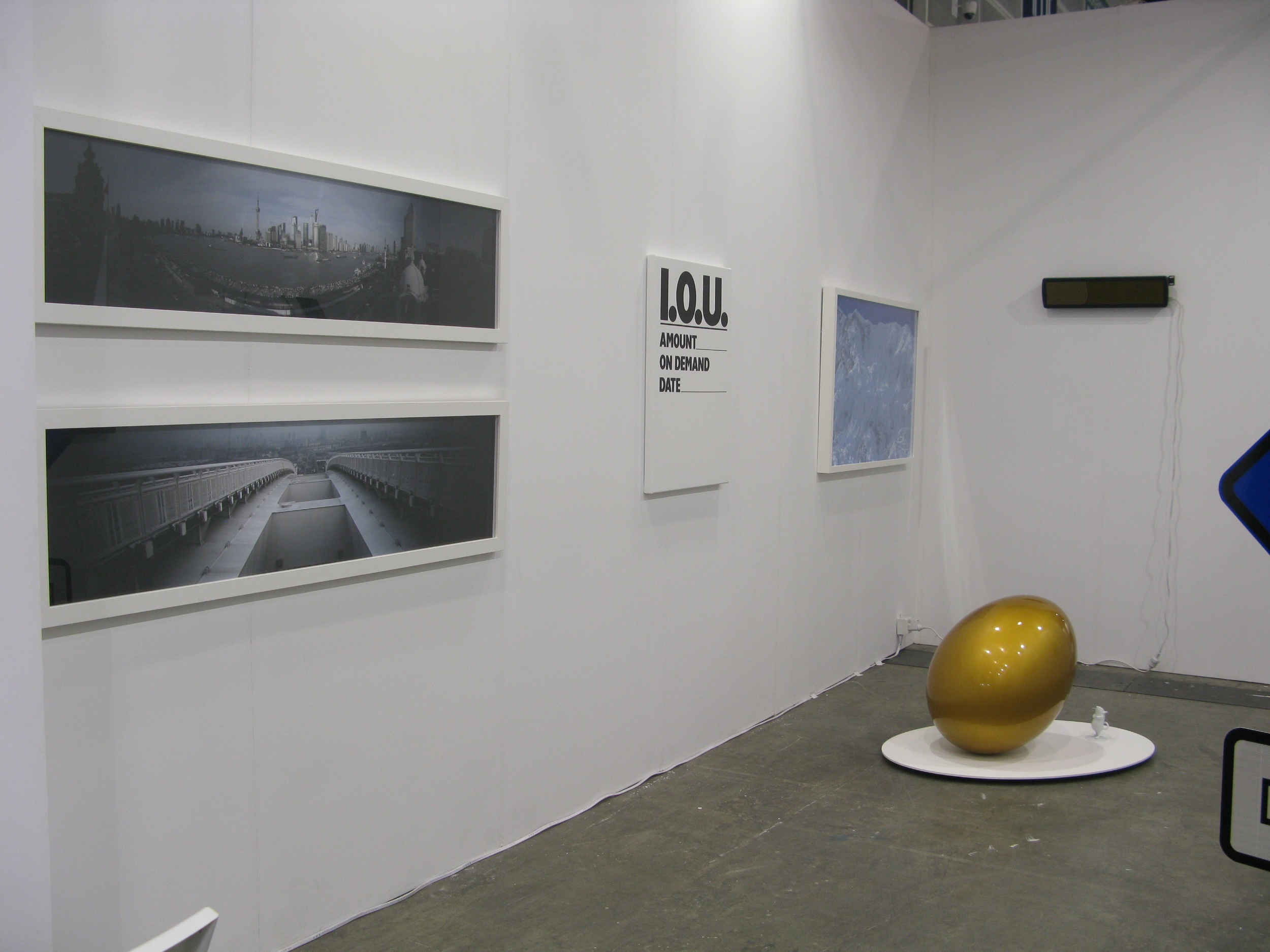 John Reynolds’ Too Big to Fail is a further development of his ongoing work on the visual consideration of text but this time presented on LED screens, rather than in the artist’s hand on ready-made canvas blocks as with previous works presented at ART HK. The text streaming across the screens would present the language of the marketplace describing the global financial meltdown that left the world teetering on the brink of economic catastrophe, along with terms that we now associate with market freefall and recessionary economies – terms such as credit crunch, toxic assets, derivatives, zombie banks, quantitative easing, hedging, Ponzi scheme, moral hazard, fat-finger failure, dead cat bounce, stagflation, and so on. These streaming texts will be combined with other information  related to the social cost of the global recession – for instance the latest figures on forced home foreclosures, unemployment rates, suicide rates, etc and possibly also art market data such as the latest auction house sales results.

The works presented will range across a variety of media – painting, sculpture, digitally-manipulated photography, video and text presented on LED screens.

For further information on the exhibition or images, please contact the gallery.