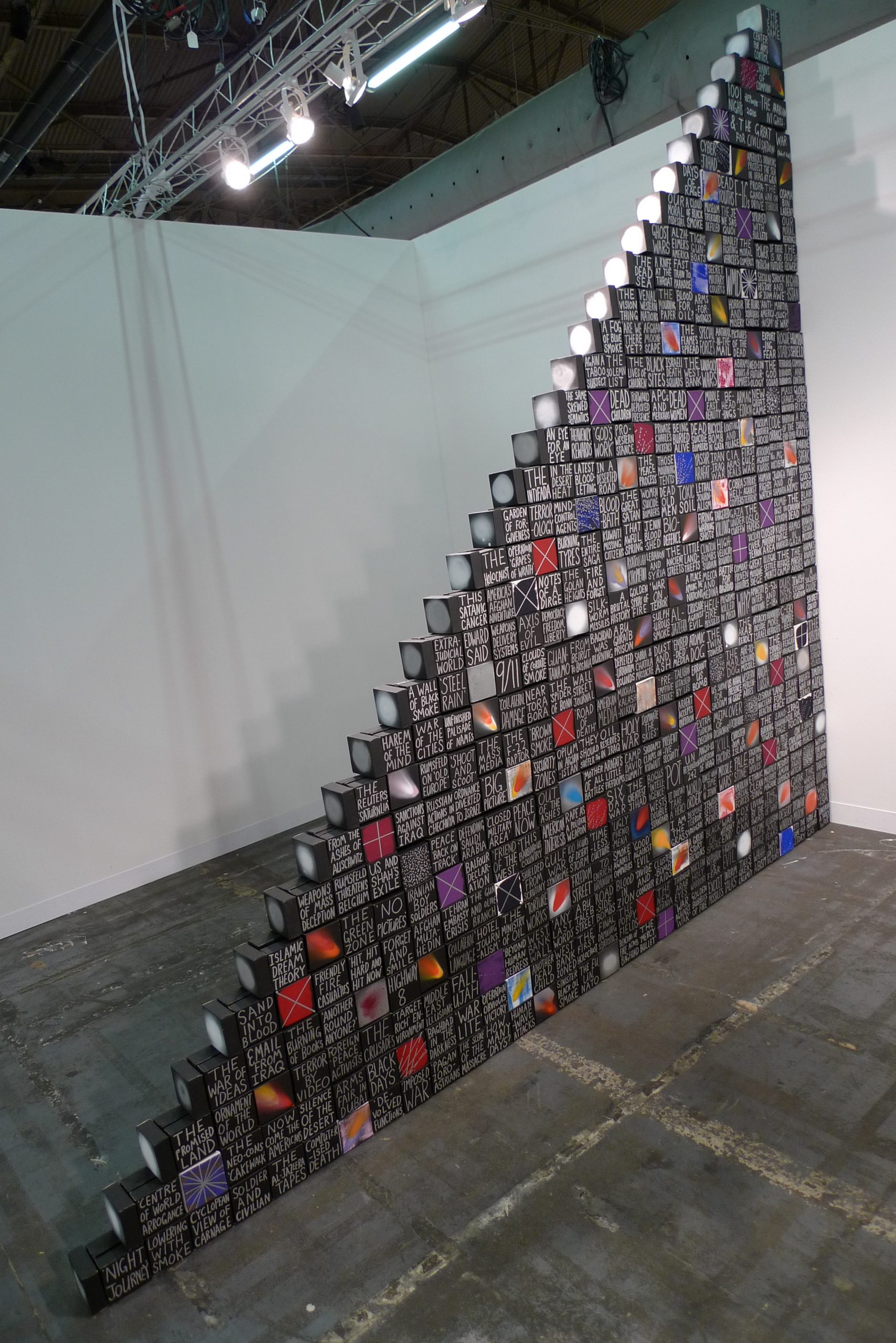 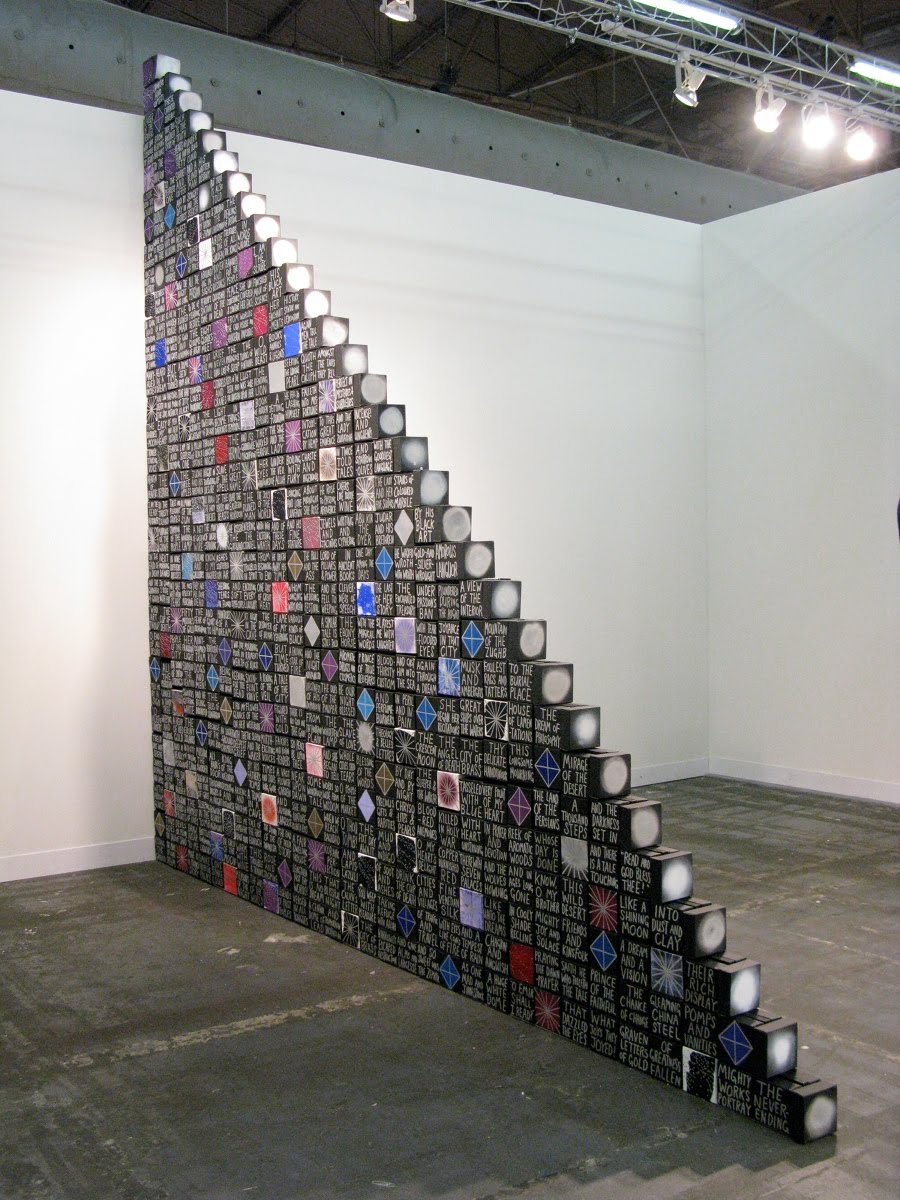 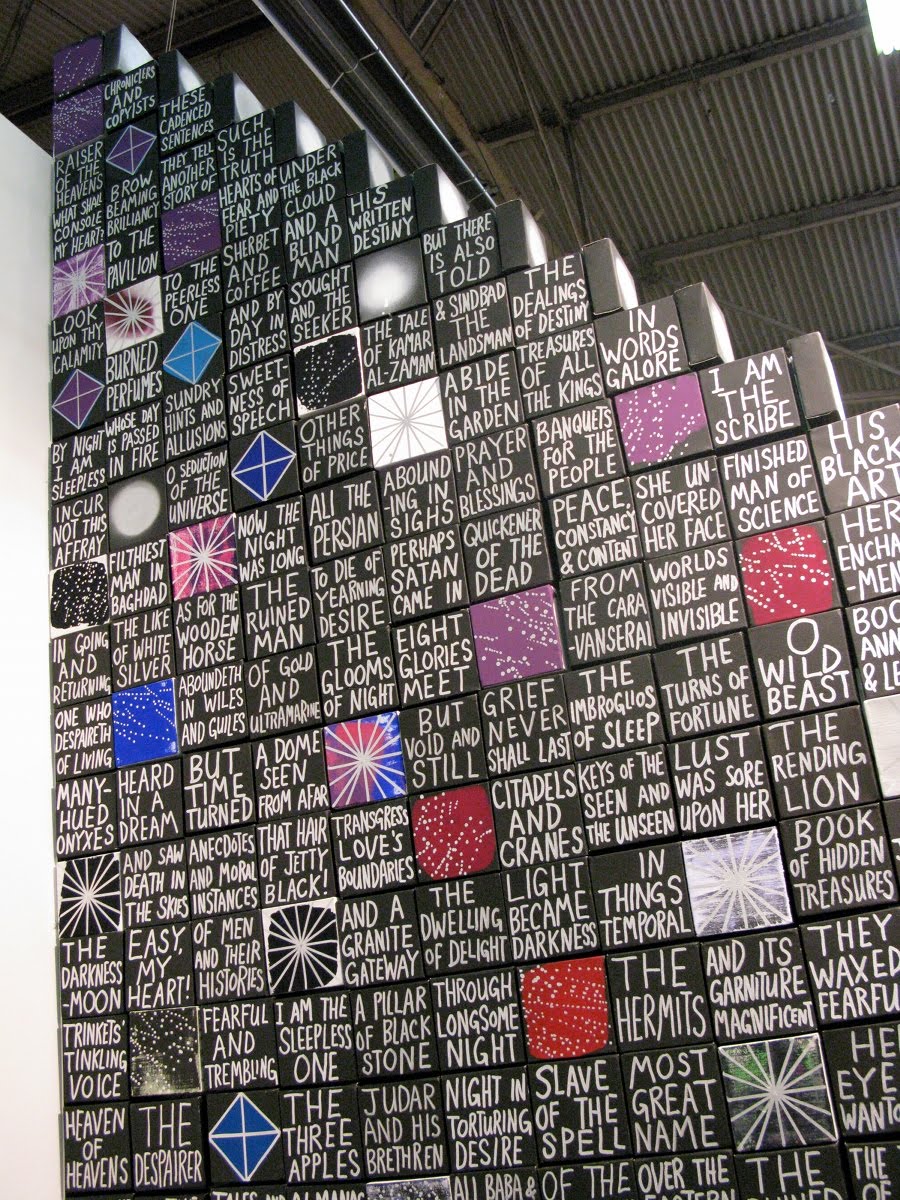 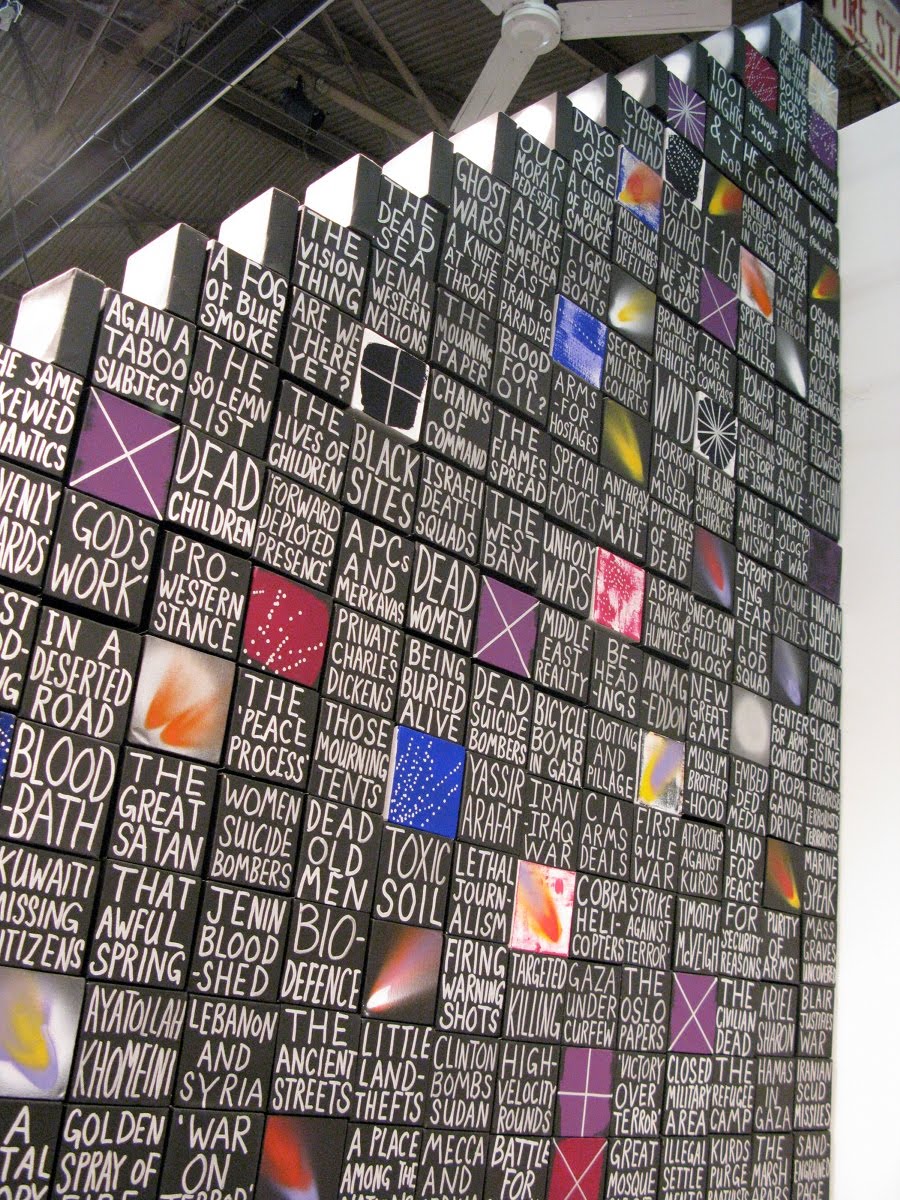 Starkwhite will present 1001 Nights an installation by John Reynolds at The Armory Show, NY from 4 – 7 March 2010

Reynolds’ new work embraces 1001 Nights as a point of departure. Folding stories within stories, Arabian Nights tracks, among other things, the somnolence of daily life toward a contemplation of fate and destiny. These life-preserving stories offer a rich poignancy in today’s context.

Reynolds charts a pungent bricolage of contemporary and historical material from literary, political, philosophical, and art sources to create a text-driven yet visual ‘Harem of the Mind’. Like a ‘dance craze or a charismatic cult’, the sprawling tale of 1001 Nights has mesmerized readers with its melding of tragedies, love stories, comedies, burlesques, erotica, and geographies.

He sees the appeal of stories emerging from Baghdad over ten centuries ago as a timely framework on which to explore a shifting and perilous present. He goes about his work plundering fragments from such diverse contemporary commentary as Tariq Ali on ‘Saudi Oil’, David Simpson on ‘America, Abu Ghraib and the War on Terror’, Stephen Holmes on ‘Neo-Con Futurology’, and J. Daniel Hays on ‘Iraq: Babylon of the End-Times. He ranges across Richard Burton, Marina Warner, Walt Disney, and Naomi Klein, to Calvino, Edgar Allen Poe, Flaubert and Rushdie. Also Edward Said, Aristophanes, and Sean Maguire with the US Marine Corps.

Reynolds says: “1001 Nights comes out of an unpicking of books, articles and texts for terminologies, for acronyms, vocabularies and lists, for songs, place-names, poems, indexes and glossaries from pre-Islamic Persia to the Green Zone, Scheherezade to Stormin’ Norman, Babylon to Bushland, Sinbad the Sailor to Cyber-Jihad.”

Visually this work unravels in the form of an installation of 1001 small canvases consisting of hand drawn silver text on black grounds punctuated with a series of flaring metallic nocturnal paintings. Conversely this ‘meaning made of fragments’ may further multiply, heap and pile, shaping a ruin of plundered language stacked like a soft ziggurat. Obscuring, revealing, forlorn.

John Reynolds lives and works in Auckland, New Zealand. Over the past three decades he has established a reputation as a painter who employs aspects of drawing (sketches, plans, charts, doodles) and different types of representation (expressive marks, symbols, patterns, writing) for poetic effect. Not content to be pigeonholed as a painter, he also incorporates sculpture, installation and site-specific outdoor works into his practice. These include Cordyline commissioned by Alan Gibbs for The Farm, Kaipara and Snow Tussock and Golden Spaniard commissioned by Oceana Gold for a heritage and art park in East Otago.

He is also recognised for the diversity of his practice and ability to work in a variety of scenes such as – architecture (with Nicolas Stevens), fashion (with Workshop, World and Karen Walker), music and publishing (record, book and magazine covers) and television (Questions for Mr Reynolds documentary with Shirley Horrocks and Works End with Chris Knox for Art Land). Reynolds is also the recipient of a Laureate Award from the Arts Foundation of New Zealand.
Recently Reynolds and collaborator Arch MacDonnell produced CERTAIN WORDS DRAWN, a book that celebrates the range of his work with writing by 12 contributors. The book is a finalist in this year’s Montana New Zealand Book Awards.